Why streaming video will drive the next internet revolution

While the internet seems young compared to other essential inventions - like the plough - it’s revolutionised virtually everything we know. 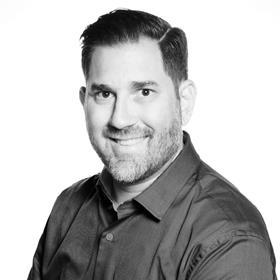 In a few decades, it’s had a profound impact on everything from the way we communicate to the way we catch up on the latest TV show. Today, we’re at the forefront of another internet revolution with the potential to be just as monumental. And this revolution will be centered around one thing: streaming video.

For the average internet user in a first world country, faster internet and streaming video may not seem all that monumental. We’ve enjoyed the benefits of high-quality streaming video for a few years now.

Perhaps we’ve played with a friend’s virtual reality gaming setup, or noticed that our favorite media sources are producing videos instead of articles. But streaming video’s greatest impact will be on developing countries, where faster, mobile video has the ability to create effective, long-term change.

One of the most exciting capabilities streaming video has is the potential to improve healthcare outcomes in low-income or developing countries. Several studies have shown how virtual reality (VR) and augmented reality (AR) setups can help patients suffering from a huge range of conditions.

Canadian researchers outfitted participants experiencing chronic pain with VR headsets that took them on a “Virtual Meditative Walk,” which successfully helped reduce their pain. (A similar American study demonstrated that VR has the potential to replace dangerously addictive opioids as a chronic pain treatment.) Patients with hard-to-treat phantom limb disorder found relief from a course of VR and AR-based treatment.

There are add-ons to VR and AR headsets that help people with visual impairments by magnifying text, while others help those who are hard of hearing by providing subtitles or quiet, in-ear audio for a movie.

Virtual reality could also transform mental health treatment for issues like PTSD and phobias, experts say. And all of these treatments can especially help sufferers in regions lacking doctors or specialists.

That’s the problem that nonprofit HelpMeSee wants to solve. The project aims to train 30,000 people to perform surgery for cataracts — the leading cause of blindness across the world — through VR training.

AR and VR could also improve people’s health in a subtler way — by helping them avoid workplace-related injuries and deaths. Such injuries account for around two million deaths annually and have a huge impact on a country’s economy.

A 2014 study found that costs relating to work injuries compose an average of 4% of a country’s GDP worldwide. According to the World Economic Forum, AR and VR could help with workplace safety by familiarising workers with any hazards before they start working.

These technologies also have the capability to shift how developing countries receive aid.

Research has shown that people donate more money when their emotions are appealed to, instead of when they’re approached with a dry list of statistics. Virtual reality, which provides an exhilarating, immersive environment, is a natural fit for aid organisations looking to trigger donors’ emotions.

The UN is already using the technology to this end, producing a handful of VR films so people can actually experience the struggles of a 12-year-old Syrian refugee, or the devastation of Ebola as told by a survivor in Liberia.

The result? At the event where these films were screened, the UN’s donations skyrocketed. And they’re not the only ones experimenting with the technology.

A push for better connectivity

But before developing countries can start taking full advantage of these technologies, there’s one thing still missing: high-speed internet.

Many of the countries receiving aid from those kinds of organisations already have access to the internet — but it’s not fast enough to offer the life-changing benefits that truly speedy internet can offer.

In 2009, the UN found that people in developed countries are, on average, 200 times more likely than someone in a less developed country to have access to high speed internet.

It’s a gap that hinders communication, education and economic growth. The World Bank found that every 10 percent increase in high-speed internet connections produces a 1.3 percent increase in economic growth. And according to one of their economists, increasing access to high speed mobile internet is the “single most powerful way” countries can increase access to vital services and financial opportunities. That’s why the World Bank is financing a $1.5 billion push for 84 internet connectivity projects in 32 low-income countries to extend their mobile and data networks.

Projects like the World Bank’s are vital to ushering in the next internet revolution, one that’s not simply centered around the adoption of a new technology, but one that focuses on how said technology can help the most people.

The increasing availability of high-speed internet, coupled with the release of cheaper and more accessible VR and AR headsets will have near limitless potential to provide not just entertainment for the world’s richest residents, but life-saving aid to the people who need it most.