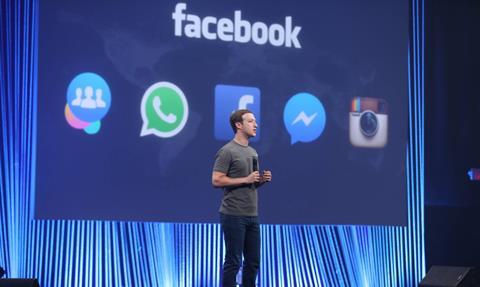 Following recent wide criticism for lacking thorough regulation and censorship, Zuckerberg said the rules of the internet need updating and rallied for support from people, companies and governments.

Zuckerberg acknowledged the Facebook’s power to inform, educate and share information boasts real benefits but also holds “too much power over speech.”

He said in a blog post: “I’ve come to believe that we shouldn’t make so many important decisions about speech on our own. So we’re creating an independent body so people can appeal our decisions.”

Social media to the standard
In a response to the New Zealand terror attack, where a live broadcast of 50 people massacred at a Christchurch mosque was shared more than 1.5 million times on Facebook, the social media platform announced it is reviewing its video regulation and has committed to doing more in the way of prevention.

Facebook chief operating officer Sheryl Sandberg wrote in a blog post: “We are exploring restrictions on who can go Live depending on factors such as prior Community Standard violations.

“We are also investing in research to build better technology to quickly identify edited versions of violent videos and images and prevent people from re-sharing these versions.”

Facebook was called into question on how it enabled the live stream to continue circulating despite its investment in training artificial intelligence (AI) to prevent videos containing censored content from being broadcast.

Sandberg added: “In the wake of the terrorist attack, we are taking three steps: Strengthening the rules for using Facebook Live, taking further steps to address hate on our platforms and supporting the New Zealand community.”

The company also announced it would immediately remove a range of hate groups from the social media network including banning the praise, support and representation of white nationalism and separatism on Facebook and Instagram.

Sandberg said: “We are deeply committed to strengthening our policies, improving our technology and working with experts to keep Facebook safe. We must all stand united against hate and work together to fight it wherever and whenever it occurs.”

In the post, Zuckerberg said its Facebook’s responsibility to keep users safe and continually reviews policies with experts on its content review system.

The independent body will enable the public to appeal decisions and unite to make technology platforms safe and accountable.

He said: “It’s impossible to remove all harmful content from the internet, but when people use dozens of different sharing services — all with their own policies and processes — we need a more standardised approach.

“One idea is for third-party bodies to set standards governing the distribution of harmful content and measure companies against those standards. Regulation could set baselines for what’s prohibited and require companies to build systems for keeping harmful content to a bare minimum.”

He pointed to Facebook’s transparency reports on its removal of harmful content and its updated rules for advertisers to verify its credibility before sharing political adverts, however, he highlighted this isn’t straightforward and the system would become more effective if regulation was created as a common standard.

“People around the world have called for comprehensive privacy regulation in line with the European Union’s General Data Protection Regulation (GDPR), and I agree. I believe it would be good for the internet if more countries adopted regulation such as GDPR as a common framework.”

Zuckerberg pointed to the importance of the internet in creating unprecedented value in people’s lives, including the freedom for people to express themselves and for entrepreneurs to build new things, however, he said its time for a common global framework.

“[It] will ensure that the internet does not get fractured, entrepreneurs can build products that serve everyone, and everyone gets the same protections.

He continued: “As lawmakers adopt new privacy regulations, I hope they can help answer some of the questions GDPR leaves open. We need clear rules on when information can be used to serve the public interest and how it should apply to new technologies such as AI.”

Zuckerberg’s open letter is the most candid the company has been since the Cambridge Analytica scandal among other accusations to reform its “digital gangster” status.

On global support, Zuckerberg appealed to governments around the world.

He said: “I believe Facebook has a responsibility to help address these issues, and I’m looking forward to discussing them with lawmakers around the world.”