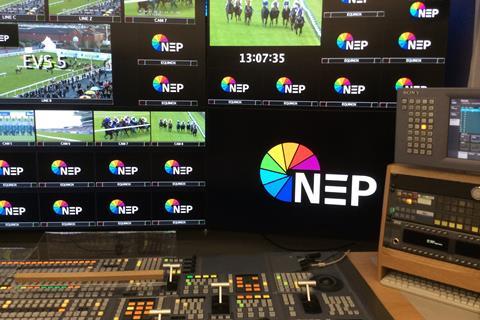 Barely a week passes without news of a significant addition to the US group’s capability in a strategy that has seen its value soar from U$800 million to more than U$2.5 billion in five years.

That coincides with the period in which Chief Executive Kevin Rabbitt has been at the helm. A Harvard MBA scholar with no previous experience of the broadcast or media industry (he joined from a company selling household blinds), Rabbitt has steered NEP through multiple buyouts and successfully integrated each new division into the group’s expanding global operation.

Rabbitt may be in day to day charge but the real power behind the organisation is arguably Deborah Honkus, NEP Group founder, chair and executive director. She began her career in 1978 with Total Communications Systems - a Pittsburgh-based mobile production company with a single truck to its name. In 1986 when TCS merged with NEP, she became general manager of the combined company, serving as CEO until 2012.

By that time NEP was a major player in outside broadcasts but based predominantly in the US and UK and almost exclusively on the supply and crewing of heavy metal – large multi-million dollar OB trucks.

NEP saw that the writing was on the wall for this business model. Margins have been historically tight in the outside broadcast business, requiring huge capex on scanners and equipment just to get into the game.

Failure to secure long-term contracts with broadcasters for premium sports rights spells financial disaster and competition for bread and butter business is intense. That’s not helped by there being few lucrative rolling deals in an industry where demand tends to be cyclical with bonanza years around major Olympic or World Cup events, followed by fallow ones.

Added to which emerging technology, perennially squeezed broadcaster budgets and evolving production techniques and formats like 4K meant OB providers had to re-engineer their kit toward more flexible IP networks and prepare for a future in which the processes traditionally performed at a venue from a mobile facility were managed from a remote or centralised location.

Financial resource to invest and survive these changes was essential.

That’s where NEP scores big. Formed 34 years ago out of local US TV station WNEP-TV, the firm has been majority owned by private investment groups since 2007. It was Crestview Group’s injection of cash, buying out American Securities in 2012, which prompted a surge in M&A activity.

Instead of focusing firepower on a specialist area, NEP doubled down investment on an array of affiliate equipment, services and people all over the world.

No longer defining itself as a mobile unit provider or outside broadcast supplier, it transformed into a worldwide outsource solutions provider supporting the live event and broadcast industry.

Among its conquests were Bow Tie Television and Roll to Record, both smaller OB players in the UK market which, added to the assets of Welsh outside broadcast supplier Omni TV (acquired 2010), made NEP the largest UK OB company.

Not even a fire at its British headquarters late 2015, which destroyed tens of millions of pounds of equipment and a significant part of its UK fleet which potentially put contracts for Sky’s EPL at risk, dented NEP’s rise.

In January 2014, NEP established a significant footprint in south-east Asia by purchasing Global Television, which had co-host broadcaster credentials for the 2014 Commonwealth Games.

In June it announced acquisition of Italian OB supplier Telerecord and earlier this month landed a contract to supply soccer team AS Roma with production facilities. Two weeks ago, NEP bought US-based OB, ultra-slow-motion and robotics camera specialist Fletcher Group, adding further muscle to its rental offering in the US market alongside the assets of Bexel, which NEP acquired in August 2017.

It now boasts more than 3500 permanent staff across 24 countries but more significant than its armoury of over 170 trucks is its diversification into services spanning post production (at Screen Scene, for example) to live event cinema and the new cornerstone of live production – video over IP.

Perhaps the benchmark for this model exists in Australia where earlier this year NEP opened two IP-based production hubs at Sydney and Melbourne.

The most technically advanced facilities on this scale in the world, the Andrews Hubs facilitate multiple concurrent outside broadcasts for Fox Sports which take place across Australia. No longer does Fox have to send trucks and crew to venues in Brisbane or Adelaide when all vision and audio feeds as well intercom, control and metadata is transported via high bandwidth network to central production teams.

In Europe, NEP’s initiative in this area is being led out of The Netherlands and a division based on DutchView and Infostrada which were acquired in 2015 and pioneering cloud-based live studio production. 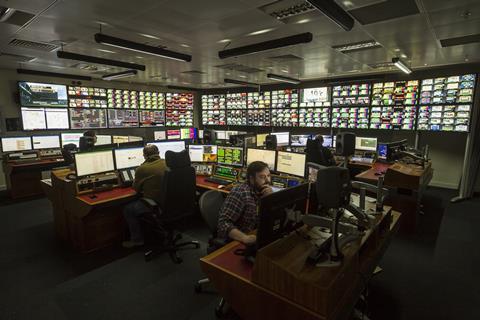 The deal for SIS Live should be seen in this light. The deal (terms not disclosed) principally provides access to a fibre network which connects dozens of sporting venues across the UK and paves the way for rollout of future remote production services.

SIS’ major client is UK Racing for which it supplies integrity feeds (with RaceTech) of live horse races (for verifying results and race enquiries) and distributes live race feeds for horse and greyhound racing into betting shops or online betting sites. Gambling is an expanding market in the sports business, one which will have attracted NEP. Furthermore, these race feeds are coordinated remotely over the fibre network. Neatly, NEP holds the contract with ITV to produce all the UK’s horse racing broadcasts.

SIS Live’s fate is a salutary lesson. It became a major player in the UK after acquiring the BBC’s OB division in 2008 and securing the bulk of BBC contracts along with it. But after losing out when the tender was renewed in 2013 it was forced to sell off assets including 14 OB trucks.

It’s in the nature of private investment companies to continually expand, pay dividends to partners and to cash out on a high - usually in the short term. Private investors are no fools either and spy profit to be made in broadcast and media provided there is scale. One need only look to consolidation in other parts of the market – the private investment-led management at acquisitive Imagine Communications being one example.

The pending closure of a sale by Crestview of all its shares in NEP to Carlyle Group must be seen in this context, although there is no sign that Carlyle, an NEP investor since 2016, will slow down. Buying companies in adjacent technical areas or geographies is often a short cut to expansion, as opposed to organically building in house.

NEP’s sheer scale offers security for clients and provides insurance for its own business, Rabbitt explained to Broadcast in a 2015 print interview: “If we were just a mobile business or operating in a single territory, that would concern us, but our strategy makes us a safer bet.

”Our coverage of multiple geographies and services allows us to have a more balanced portfolio. Our scale allows us to work with suppliers and manufacturers to attain the best kit at the best price, and to move assets and personnel around for a consistency of service.”

At the same time, NEP is looking to innovate remote production over IP ushering in a more managed services and connectivity led play than the old approach of hardware plus crew.