Apple’s latest technology promises to lead the future of AR

The ARKit is a “core technology” that was described by Apple as “a new framework that brings augmented reality to hundreds of millions of iOS devices by allowing developers to easily build unparalleled AR experiences”.

By blending digital objects and information with the environment around a user, AR takes apps beyond the screen, enabling interaction with the real world.

The success of iOS apps Snapchat and Pokemon-Go which have incorporated AR capabilities have proven the popularity of AR and the success of machine learning for a user experience. Apple claims that its platform will change the future of AR for developers.

ARKit will allow developers to build AR experiences into apps accessible from an iPhone or iPad.

He said: ”The ARKit provides fast and stable motion tracking using all of the sensors and the camera in your device to do this.”

“ARKit is the largest AR platform in the world.” - Craig Federighi

ARKit uses the iPhone camera which will allow users to interact with virtual spaces that incorporate the environment around them whilst virtually adding filters and objects making it realistic with light and motion changes.

“It’s AR like you’ve never seen it before,” Federighi said.

Meanwhile, also announced at WWDC was iOS 11, which delivers updates to Siri through advanced machine learning and artificial intelligence (AI).

Apple said that Siri will be more expressive and more intelligent than ever before. Siri will use on-device learning to recongise the users voice, context and interests to be able to predict what you want next. Siri is also the voice of Apple’s latest home entertainment device, the HomePod. 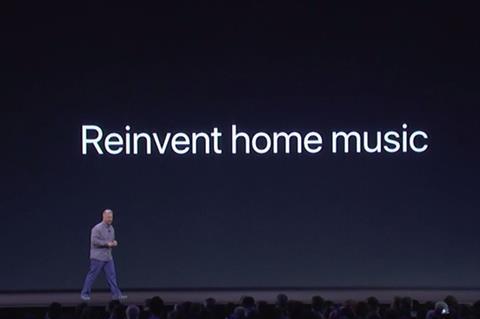 HomePod is a powerful speaker which Apple described as having amazing sound and adaptability to the environment where it’s playing.

Together with Apple Music, the HomePod will give users “effortless” access to one of the world’s largest music catalogues.

All controlled through natural voice interaction with Siri. ”It takes the listening experience to a whole new level.”

Apple Senior Vice President of Worldwide Marketing Phil Schiller said at WWDC: “Just like the iPod reinvented music in our pockets, HomePod is going to reinvent music in our homes.”

The HomePod combines voice recognition with great quality music, free from distortion, spatially aware and fun to use with a built in musicologist to play your favourite songs.

”Built with the same hardware technology chip in the iPhone, the A8 chip is the biggest brain inside a speaker,” Schiller said. 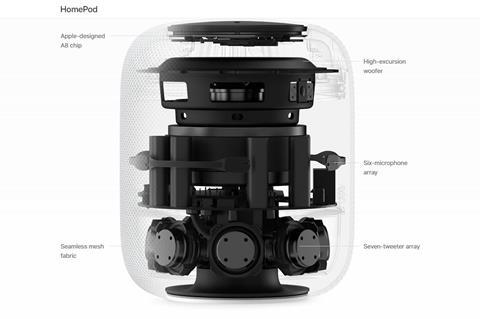