Big data and analytics: The pioneering experiences of C4 and Genius Digital

Approaches to the phenomenon of addressable audiences, through the eyes of a top specialist vendor and a broadcaster who did all the heavy lifting.

The technology skills behind turning data analytics into gold dust are now widely deployed thanks to clever and costly to develop commercial science, but in terms of the broadcasters themselves Channel 4 in the UK has been the big data trailblazer for three years.

To ascertain where the skill sets stand now, we look at the in-house versus service company frontier through the eyes of vendor Genius Digital and C4’s Head of Digital & Partnership Innovation, Jonathan Lewis. Think Tele-VOD and Broadcast VOD.

A gap between data collection and insight

Tom Weiss, Chief Executive and Co-Founder of Genius Digital, first considered the myriad reasons for the slow take up. He cited transforming executive vision into measurable KPIs that can demonstrate ROI; stalled internal projects because people are frequently eager to build solutions in-house rather than buy ready made software products; issues with some third-party solutions being tech-based rather than service oriented; the propensity for some big data solutions to measure what’s easily measurable rather than what needs to be measured; and, the erroneous belief that next year’s big data solutions would be much more fit-for purpose than the present offerings.

He added: “Equally as serious is a gap between data collection and insight. It can also be incredibly hard to hire the right people.” 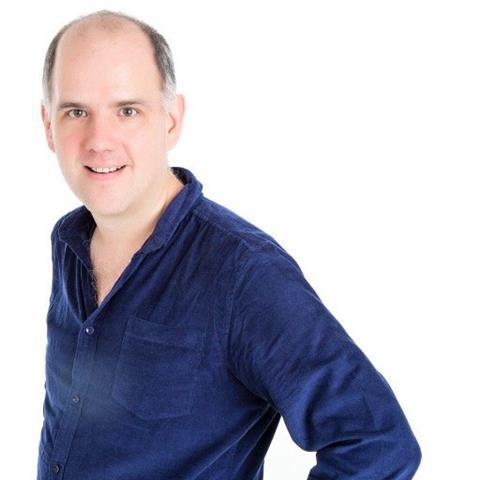 Tom Weiss - ”C4 has clearly invested more in data than most other public service broadcasters worldwide.”

Genius Digital has developed a training program that brings business analysts from non-TV domains up to speed on the TV industry and the most relevant analytics. Are any of its users as advanced in the addressable world as Channel 4?

“C4 has clearly invested more in data than most other public service broadcasters worldwide and has led the way in gathering user data from online services. Sky is equally as advanced in their online services and in many ways more advanced in their set-top-box services. Although C4 is enabling the targeting of ads online, Sky is providing targeted ads across all platforms,” said Weiss.

“Most of our clients use data for the advertising domain, but what differentiates a lot of them is using data within the context of a traditional TV service,” he added. “For example, we have clients using data to provide different ads in free-to-air channels, and different types that use data to predict their possible churners and how to best retain them, as well as up-selling consumers to VOD services from linear TV.”

On the issue of legal restraints around intrusion and de-personalisation, Weiss said: “We always advise people not to do anything with their user data that they wouldn’t be happy to see published on the front page of a national newspaper. Following this guideline can place more restraints on data use than that imposed by legal frameworks!”

Weiss said that when given a choice, in excess of 50% of consumers still opt-in. “This is partly because the web has made people more relaxed about sharing their information, and they are also learning that the more information they share, the better services will be personalised to their tastes,” he said.

Has the consumer become more fickle? “In no way,” Weiss said. “It’s just that consumers are diverging. It’s no longer sensible to look at ‘the consumer’ or even just a bunch of demographic groups split by males/females, age-ranges and perhaps income ranges. What you need to do is look at each individual household, and beyond that where possible at each consumer.

“My view of analytics and retention of both customer numbers and ROI is that decisions over how to distribute and cost content services are taken at a senior level,” he added.

Against the huge commitment of time and resources that put C4 in a huge lead over UK broadcasters, vendors can help in two ways. The first is the provision of data to help bosses make quick decisions. The telling factor is using analytics to maximise ROI.

Operators must choose the content that best resonates with their audiences. Data should enable operators to better negotiate the cost of that content, target advertising more effectively, increase VoD buy-rates, and use data to optimise anti-churn programs.

“They can also target consumer marketing efforts more effectively, and enhance the UX through personalisation,” said Weiss. “Looking back over the last ten years it’s not normally the case that changing delivery methods frees up budgets. What has happened instead is that new delivery methods have been more efficient and flexible, which is just as well as each year the consumer expects the operator to do many more things.”

Momentum in the programmatic space

Channel 4’s power base is built round 16 million registered users, which it drills down into for its Core4 panel. This is now 10,000 strong. Last year it concentrated on audience addressability on shared devices, because mandatory registration is vital to its VOD digital sell back to agencies.

“Last year was about translating the model into actual,” said Jonathan Lewis. “Recently we have been systematically rolling our mandatory registration on shared devices, or Tele-VOD, and we have added it on Samsung connected TVs and Roku. We are about to implement onto YouView and Freesat. We will be most of the way there with our own and operated platforms by the end of the year.” 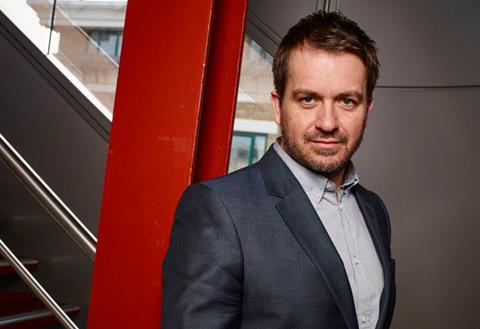 Jonathan Lewis: ”We will be most of the way there with our own and operated platforms by the end of the year”

The C4 approach is programmatic. “Walter Presents, which has collectively delivered 30 million views, was probably our first foray into creating or acquiring bespoke content for All4,” said Lewis.

The All4 Originals strand has been backed by a multi-million pound digital commissioning budget, with Charlie Palmer heading up a team of four commissioners.

“We have continued our projections of growth (last year 25%) based on selling audience addressability inventory. Our total revenues that are sold against audiences are now north of 70-75%: but we are shifting the dial from direct sold inventory to programmatic business,” said Lewis. “We trade with all major agency groups and programmatic revenues last year represented around 30-40% of total revenues.”

The momentum has gone beyond delivering programmatically to mobile and PC browser based platforms, to delivery to big screen connected TVs.

“I think we are still alone in this space, and we pioneered that with free will. We constantly evolve that product and look for better audience segmentation within that marketplace,” he added. “We are looking at broadening our suite of audience segments that agencies can buy, and have created a set of interest groups which we developed through Core4. We survey the Core4 subset on a monthly basis, and we track their behaviour. We marry the two things to give us segmentation around their interests.”

Those interest groups include early technology adopters, fashion nuts, and people keen on beauty and home improvement. You can find these via C4’s PVX (prime video exchange). A key frontier is data per house and per resident, and C4 sees this as its next stage in audience segmentation and development.

“We delivered a piece of research with Tapestry which started to identify the numbers of individuals within a home and what they are watching, and the challenge for us is to translate that research into potentially tradable currency back to the market,” said Lewis. “We are preparing ourselves for a BARB dovetail world where the panel will know who is in a particular household watching a connected TV and how many people are in the room, and who they are. This will allow us to deliver a much more granular individual level of addressability.”

He had in mind three views per device. Another big factor is the youth audience; so about £8 million of the digital commissioning budget is aimed right at young people.

“We are also looking at how we can effectively distribute some of the content we make as bespoke-full for some of our catch-up content, in more digestible clip-able formats for YouTube and particularly for Facebook,” said Lewis. “On these platforms they can reach a bigger and slightly younger audience, and deliver a longer tale of viewers. We are delivering over 300 million a month across C4 News, E4 and All4 Facebook pages.

“I suppose the step change in strategy for us is to recognise that it is important to distribute content outside our walled garden. What is also helping us is our branded content. We have done over 25 branded production deals,” he added.

“There’s a time for all of the broadcasters to get together. We are competing in a commercial space where it is not just amongst ourselves any more” – Jonathan Lewis

These include Trigger Happy TV, brought back by Fosters at the end of 2016, which delivered 44 million views off platform. For Honda C4 replicated nine iconic stunt scenes from Hollywood movies: one 90-second piece sitting on All4 went viral on Facebook. After some work in partnership with InnOVid, C4 delivered 360-degreee interactive ad formats for Honda and the South African Tourist Board.

Is staying ahead of the pack so vital now C4 is comfortable with its data capabilities and addressable desires?

“We talk about this a lot. We feel we had a really good three years of driving digital innovation, but sometimes with that comes challenges. When you try to pioneer into a new market, or you are trying to sell audience addressability or programmatic, and you are the only broadcaster doing that, you spend a lot of time doing the heavy lifting and testing, plus the learning and iterating, and bringing the clients along with you,” said Lewis. “Particularly around the area of data and championing what we call Broadcast VOD we think this year maybe one of more collaboration. There comes a time when we need to shout louder about the quality contextual environment that broadcast VOD delivers.”

C4 has a big team of data scientists sitting in its audience and technology team, and its huge investment in proprietary computing technology. Everything Lewis talks about is on 27 platforms, and My4 is the user-personalised interface that gives you pause and content resume on All4, and much more around tailored recommendations.

“The scientists help us a lot in terms of crunching the data from the addressable perspective, and also for consumer needs. The future facing stuff for us is around addressable TV,” Lewis said.