A recent survey published by the IABM noted that 85% of media and broadcast buyers in the industry are set to deploy cloud technology within the next three years.

With such a high number of businesses looking to invest in cloud strategy, it’s clear to see that our sector has high hopes for a future powered by the cloud. At Jellyfish Pictures we believe that the cloud will be instrumental in running a more creative, efficient, and economically viable VFX studio, both in terms of rendering solutions and in terms of facilitating virtual offices.

Jellyfish Pictures first launched 15 years ago, with the first studio based in Soho – a mecca for any creative wanting to make their way in the industry. 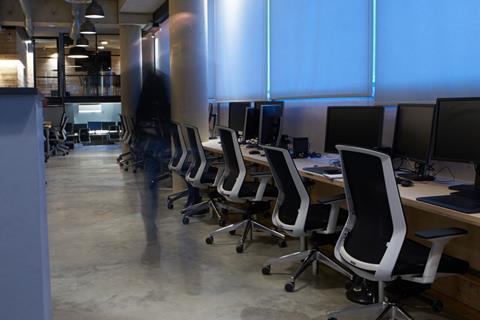 As the years went by and the requirement for cost-effective space became apparent Jellyfish opened a second studio in Brixton, South London.

Jellyfish now has four sites, with the latest two additions situated in Oval, South London. The special thing about the Oval offices, is that they are Europe’s first virtual VFX studios.

There, workstations access computers in our Brixton studio as if they were in the same building via PCoIP.

It was when we had recognised the need for more space and fulfilled business requirements with a third and fourth facility that we decided to take on a different technical challenge: cloud rendering.

Working in VFX it is crucial that the rendering farm is as flexible and scalable as the work load that flows through the studio, so we went about looking for a solution that enabled us to work in a more innovative way.

Operating a rendering facility in the cloud means many things, but a huge benefit is being able to increase rendering capacity.

It enables studios to not be governed by hardware and internal resources when pitching for work, whilst growing and shrinking the workforce as production requires. In the case of virtual offices, the flexibility not only relates to the scalability of work a studio can take on but also who a studio can take on.

The VFX industry is celebrated for its international representation – a melting pot of different cultures and experiences driving creativity.

A savvy creative business doesn’t want to be restricted by oceans to get the best person to work on a project. A set-up like the one we pioneered with the Oval offices allows artists to work remotely, and makes it possible for several different people to work on the same project from different geographical locations.

Promoting a collaborative working environment, artists can easily come together to advise and share ideas on projects they are working on. We see technology as an enabler in providing tools to heighten creativity, which is at all times the most important thing.

In addition to flexible working benefits, working in a virtual environment enables support to happen remotely.

Instead of having to manage 100 different desktops as individual entities, the maintenance is directed to one central source, saving time and ultimately money. 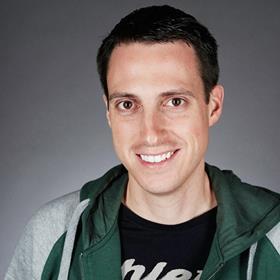 After all, that is something to remember: we are running a business, and being as cost effective as possible is paramount. Working in the cloud reduces administration costs because they are outsourced to a cloud service provider.

As we all know a solution is only as good as the people who put it together, and in the design and installation stages we worked very closely with our vendors to ensure the most efficient and robust workflow.

The obstacles that studios have to overcome when assembling a system such as this include setting up a hybrid deployment, using on-premises hardware and of course extending the pipeline into the cloud, ensuring the current workflow is not affected. Artists still have deadlines which cannot be compromised. One way to tackle this is putting in certain ‘cloud pillars’ on the already established infrastructure.

We live in a world where technology is fast evolving; engineers are developing systems faster than the end-user can take advantage of them. However, it is up to us to harness these technologies to ensure that we are operating in the most efficient and streamlined way possible.

Jellyfish is likely not alone in its incredibly fast growth, resulting in the need to rapidly expand its premises. Within the past six months, the workforce has grown by over 70 people, upping overall head count to over 200. By centralising the computer store and back-up we are now able to accommodate further growth by popping up wherever and whenever.

This system has broken us free from the shackles of hardware, and I have no doubt other studios will soon be following in Jellyfish’s footsteps.

This really is the best way to efficiently and economically run a VFX studio in today’s climate.