Sky Sports has partnered with Channel 4 to air the Cricket World Cup Final for free in the UK. 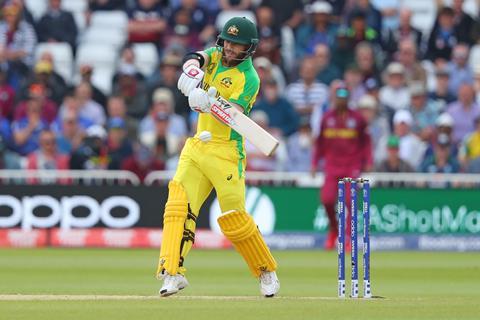 The final – which will see England take on New Zealand at Lord’s Cricket Ground on Sunday will air on Sky from 9am. Channel 4 will begin carrying Sky’s coverage at the same time, although the game will move to More 4 at 1:15pm as Channel 4 will begin airing the British Grand Prix.

Sky is the UK broadcast rights holder for the tournament, which began on 30 May and is taking place across the UK. The subscription broadcaster last week announced plans to show it free-to-air in the UK should England reach the final, which it did by beating Australia in the semis.

Sky UK and Ireland Chief Executive Stephen van Rooyen added: “England in the Final on home soil is a huge moment for sport in this country and we are proud to be the host broadcaster. Thanks to our strong relationship with Channel 4, we are partnering to make the game available to everyone, so the whole country can get behind England, and be part of a special national sporting event.”

Channel 4 already has an agreement to show highlights from the Cricket World Cup, as well as a one-off documentary on England’s 2005 Ashes win. The highlights show and the documentary has been produced by Sunset+Vine and is part of a sub-licensing deal with Sky and Star Sports.

Channel 4 CEO Alex Mahon said: “This is fantastic news for cricket fans and the nation. This Sunday is a massive day for British sport with England tantalisingly close to lifting the Cricket World Cup for the first time. The big winners of this strong partnership between Channel 4 and Sky are sports fans and viewers who want to come together for these big sporting occasions.”

Cricket has been producing huge numbers for broadcasters and OTT platforms, with the World cup breaking online records thanks to enormous interest in the sport in India. Last month, the International Cricket Council said online videos of the competition have been viewed over a billion times, with TV audiences in India reaching around a quarter of the population.

One issue is that viewers will be forced to switch channels, however, midway through the CWC, due to the F1 broadcast.

PP Insight analyst Paolo Pescatore commented: “Obviously this is great for sports fans and driving awareness of cricket. However it is not perfect as viewers will have to tune into the coverage or record it across two different channels. It would have been a far better experience to make it available on one channel for the entire coverage.”