Comcast announced its plans to expand its offering around the world with a new direct-to-consumer streaming service based on Europe’s Now TV, with a launch in early 2020.

Comcast Corporation senior executive vice president and NBC Universal chief executive Stephen Burke said: “We are just not monetising as well online as we should.

Robust demand for content across multiple platforms is more powerful than ever before.

Burke explained: “One of the good things about what’s going on right now in the television business is people are watching professionally produced content at higher levels than ever.”

Comcast chairman and chief executive Brian Roberts commended Sky’s technology and explained its plans to implement its success in new markets with hopes to engage audiences and monetise viewership.

“We believe that we can generate significant value with this service over time by enhancing our content monetisation, strengthening the value of pay-TV, becoming a leader in targeted digital streaming advertising and expanding our reach through direct customer relationships.

“We’re now truly a global company with our acquisition of Sky. This service will be distinct and compelling, offering current and prior seasons, library and some original content with a light advertising load, all for free to pay-TV customers.”

Direct-to-consumer revenue increased 4% to $4 billion, driven by improved product penetration for pay TV, growth in Sky Mobile and Sky Fibre customers, as well as rate adjustments in the UK.

The viewership analytics pointed to consumer currently viewing content across other platforms free of charge.

As such executives concluded creating a leading service with content together in one place set with good technology will help to capitalise on the relationship between Comcast Cable and Sky customers whilst pursuing new revenue opportunities.

The service will host original content, popular TV shows and films free to 80% of people in the US who are multichannel customers and completely free to Sky customers in Europe.

Executives agreed the direct-to-consumer service has the opportunity to scale quickly and from the customers perspective a free service is “top-notch”.

Burke explained: “There are a lot of approaches to get into the market and we think this one is attractive to consumers.”

Sky Group CEO Jeremy Darroch anticipated Sky as a business to grow faster and further under the Comcast organisation with the cross-pollination of technology and experience.

He said: “We really like the Comcast voice platform, and we’re going to be incorporating that for Sky Q, and we’ll consolidate that and use the technology there.

“We’re only 15 weeks in, but encouragingly, I think we’re starting to see some really important, tangible evidence of working together as part of the broader group.”

Read more Telco and Media M&A: What happens next? 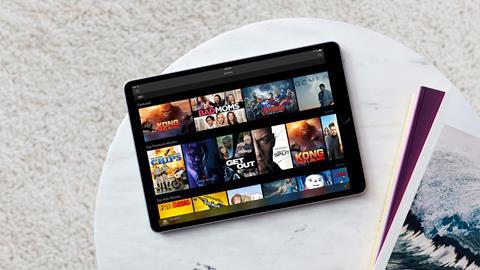 Together, Comcast’s Cable and Sky reached 54 million direct customer relationships across the US and Europe last year, with IP video capabilities and infrastructure, including the Now TV OTT platform.

Comcast’s broadcast television revenue increased 3.7% to $3.1 billion in the fourth quarter of 2018, reflecting increased distribution and other advertising revenue, partially offset by a decrease in content licensing revenue.

Comcast chairman and chief executive Brian Roberts said: “In the fourth quarter, customer relationships increased by 258,000, and Earnings before interest, taxes, depreciation, and amortisation (EBITDA) growth of 7.3% was the best for our fourth quarter in eight years.

“For the full year, we added one million net new customer relationships driven by our 13th consecutive year of over one million broadband net adds. Our connectivity businesses, residential broadband and business services, in total, grew revenue nearly 10% in 2018.

“We made progress in transforming the customer experience and taking unnecessary complexity and activity out of the business. Greater than 75% of transactions are now being completed through digital touch points.”

Looking ahead, Roberts expects connectivity will be the “growth engine” for its cable business.