With IBC2019 now behind us, the IBC365 editorial team – editor George Bevir, deputy editor James Pearce and staff writer Alana Foster – looks back at the highlights from this year’s show.

What was your biggest takeaway from IBC2019? 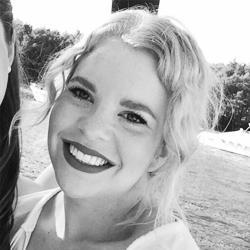 Alana Foster (AF) It’s difficult to choose just one takeaway but the notion of change dominated the conference programme this year and was reflected in the 15 exhibitions halls which were packed with latest technology.

Reporting on the conference sessions allowed me to cover keynotes from YouTube’s head of content EMEA Cécile Frot-Coutaz who urged media companies to harness the platform to reach new audiences. She also spoke about the strategy behind the platform that has pioneered the change in the way in which content is consumed.

Sony Corporation senior vice president Hiroshi Kawano also acknowledged we are in a period of unprecedented technological disruption. He pointed to the convergence of electronics and entertainment and how it’s transforming the way content is created, distributed and consumed.

And the day-long, deep dive into the world of esports debunked any myths about this exciting industry and showed how much opportunity there is for broadcasters and suppliers. It will be a fascinating space to watch in the coming months and years.

James Pearce (JP): This was the first time I’ve attended IBC and I was amazed by the scale of the event. I’ve been to plenty of other trade shows but because the industry is at its heart a visual one, there was something especially vibrant about IBC.

I think this was particularly clear in the Big Screen sessions, where you’d see and hear about the latest technological developments for cinema. Seeing The Lion King remake with Dolby Atmos and Dolby Vision took my breath away.

On a wider note, the exhibition spaces were all packed out and buzzing and it was great to see all of the new kit on display.

I also really enjoyed some of the new initiatives such as the Esports Showcase – the fact that it was completely packed shows what a huge area of interest this is to the industry, and I look forward to seeing how this grows and grows over the next few years.

George Bevir (GB): The discussion during the MovieLabs conference session, with representatives from the five members of MovieLabs (Paramount Pictures Corporation, Sony Pictures Entertainment, Universal Pictures, Walt Disney Pictures and Television and Warner Bros. Entertainment) summed up one of the main themes of IBC2019, and that is the need for greater efficiency in the way the we make and distribute TV and film.

The Hollywood studios made this point as part of their call for technology suppliers to work together to provide them with the tools they need to realise their aim of keeping content in the cloud, with tools moving to the content rather than the other way around.

Across the exhibition you could see examples of companies already working on the tools spoken about by MovieLabs (the word ‘cloud’ was one of the most repeated in the IBC Daily, with 481 uses of the phrase) but some of the best examples were to be found on the Amazon Web Services and Google Cloud Partner Pavilion stands, which both had clusters of firms showing off some really interesting tech.

What was the standout theme from the conference?

AF: Diversity and inclusion as a business imperative is a critical issue for the wider industry to address and was top of the agenda at IBC this year.

As a member of the IBC Diversity and Inclusion committee I was so pleased the programme included and reflected the importance of solving diversity beyond being a box-ticking exercise.

Speakers from a host of sessions agreed that innovation in creativity, advertising and technology are linked with diverse workplaces and leadership teams and that diversity of gender, age, ethnicity and experience are vital. Many speakers reached the same conclusion, that the industry must shift focus and address disparity in order to innovate and remain successful. 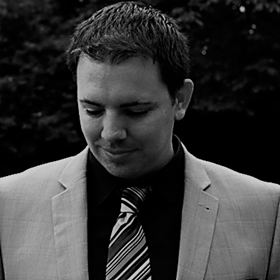 JP: You could tell from all of the sessions that the growth of OTTs remains a big challenge for the traditional broadcasters, and it was good to hear how they propose to tackle this. Some sessions, such as the Global Gamechangers one on the relevance of linear broadcasting, saw talk of further regulation.

From the perspective of the OTTs themselves, there were two main threads that caught my eye. Firstly, most of the larger players were talking about the opportunities that partnerships could create – YouTube’s Cécile Frot-Coutaz spoke about this in her keynote, for example.

The other was the idea of going niche. Bigger OTTs can’t cover everything, even if the content budgets of the likes of Netflix are huge, creating gaps in the market that are being filled by niche services. That in itself is fascinating and shows the vibrancy of the sector.

GB: For me, it was the challenges faced by public service broadcasters. These were summed up by Noel Curran, director general of the EBU and RTE DG Dee Forbes, who touched on where the threats are coming from, with calls for access to the data held by social media companies that distribute their content.

And it was the role of the Silicon Valley technology giants which loomed large over many of the Conference sessions. While broadcasters stressed the need to work together in order to create the scale needed to compete, those at the production end of the business spoke of the immense opportunities presented by the need for content from so many OTT platforms that are so in need of content.

What was your favourite moment?

AF: IBC2019 was my fifth IBC and by far the most challenging and exciting event I have worked on since joining the company.

I chaired three sessions in the conference this year, two in the Lounge Talks programme where visitors were invited to meet the finalists for the inaugural IBC Social Impact and Young Pioneer Awards.

IBC recognised that the media, entertainment and technology industry is changing and the next generation is consuming content differently than ever before, this year it awarded individuals and companies that have responded to that transformation. The third session I chaired was with a panel of speakers discussing and offering insight into the consumption habits of the burgeoning generation Z. The lights were bright, the audience was packed and the discussions were insightful, contentious at times and ultimately illuminating.

JP: As a huge Lord of the Rings fan it was a privilege to both see Andy Serkis on stage during his keynote and also see him pick up the IBC International Honour for Excellence award at the IBC2019 Awards. His performance as Gollum was ground-breaking, so to hear him talk about that – and his career from then on – was enlightening. I was fortunate to meet and interview Serkis prior to the show, and he fully deserved his award.

Funnily enough, I’m not sure that was my favourite part of the Awards. On the Saturday I’d taken part in my first 4K4Charity run and thought it was great, even if Robin Van Persie’s special guest appearance was somewhat hijacked by a rogue goat who decided to join in the run!

“When a goat passes you on the finish line, it’s the right time to retire!”

Watch Robin get overtaken by a goat as he crosses the finish line at this morning’s #4K4Charity @4K4Charity @technovation#RobinvanPersie #football pic.twitter.com/MHn0C8yQyj

The following day, the team who put together that race were handed The Special Award for the fundraising its done since it was founded five years ago.

Since its inception by the late Sam Blackman it has raised more than a million dollars for charity, and the presentation was one of the most emotional moments for all of those who attended the ceremony.

GB: Every year across the show, from the technical papers, to Conference discussions, industry association events and on the exhibition floor, we see advances in the technology at the heart of the viewing experience. In recent years, this has largely been in the form of UHD, including higher resolution images, higher frame rates, high dynamic range and immersive audio. And so it was great to see all of this come together in the form of two demonstrations at the BT Media and Broadcast stand, where BT Sport showed a live 8K production of a rugby match taking place in the UK, as well as Premier League game Liverpool v Newcastle United in 4K HDR which was billed as one of the highest-ever specced live football games.

AF: Next year at IBC I would like to see IBC carry on the great work in increasing the number of female speakers in the Conference. From 2017, when the percentage of women speaking was only 14%, this increased to 37% in 2018 and 2019 we had in excess of 40% women speaking. This is a such great achievement and an area that is critical to work on into the future.

I’d also like to see the sustainability progress IBC and the RAI as well as numerous vendors initiatives that launched this year continue into 2020 and beyond. From no single use plastic to water taps eliminating plastic water bottle waste and more visitors travelling to Amsterdam via the train over flying to reduce carbon emissions.

JP: With so much going on at the show and in the IBC365/ Daily office, I still feel like I haven’t seen the show in its entirety, so my hope for 2020 is to see more of the exhibition stands and new products. With more than 1,700 exhibitors, that’s a lot to pack in!

I’m also excited to see how the IBC team, who work so hard to put together a great show every year, follow-up the great line-up of speakers. How do you top Gollum himself?! 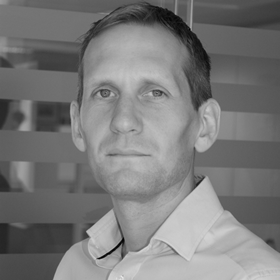 GB: IBC launched the Media-Telco Catalysts last year, and this year three of the projects were on show in the RAI. It will be interesting to see how they evolve and are taken to market, and I’m looking forward to seeing next year’s projects being demonstrated and seeing what kinds of problems have been solved.

But most of all I’d like to see that goat start the 4K4Charity from the beginning of the race rather than joining in halfway through. He did ok this year, beating Robin Van Persie among others, but I’m not sure he’d place so highly running the full 4K.