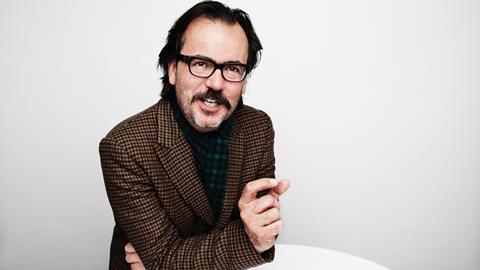 A unique superpower – in conversation with Joe Walker

Cutting films for an auteur is a tough challenge, one that demands a deep immersion in the script and the personality of the filmmaker. Imagine then what a balancing act must have to be performed when you are the go to editor for two of the world’s leading directors. 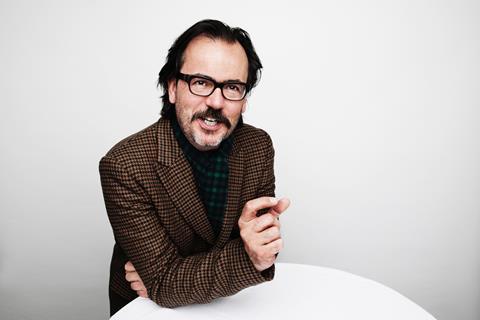 Source: The Collective You

So, it says something about the talent of Joe Walker that not one but two of the most acclaimed directors working today have chosen to partner with him.

Rather disarmingly Walker says the editor’s relationship to a director is like being a 1950s housewife. “If your husband likes puff pastry then so long as I am with him I’m going to put puff pastry on the table.”

More seriously, he imparts, “You are going to be sharing a lot of time and creative effort three feet away from someone for the best part of a year, so it’s essential you find a common purpose.”

The first feature collaboration is inevitably a way for both parties to find a way of working together. If there’s a creative and personality fit, then the pair will find their own shorthand.

“On Sicario I felt I wanted to give Denis the space to react honestly and not feel I was going to cry if he didn’t like what I’d done,” says Walker. “I love that he’ll direct me in the way he might direct an actor. He won’t give instructions so much as succinct notes like: ‘I need a quieter performance’ or ‘We need to see her resolve’, leaving the minutiae to your own intuition.”

Although he interviewed for McQueen’s first feature project in 2007, they discovered they had grown up less than a mile away from each other in London. Beyond that, they both share unconventional attitudes to filmmaking. Walker was in a band, trained as a classical composer and says he’s drawn to the avant-garde; McQueen is a Turner Prize-winning artist.

“There’s a kind of punk attitude that comes from that background and it’s always going to lead to unconventional, even perverse choices sometimes,” Walker says.

His films with both McQueen and Villeneuve showcase experiments with cross-cutting and flashback structures.

“Playing with time is a superpower unique to editing,” he says. As an example, the original book and the screenplay for 12 Years a Slave were chronological. “After filming finished, we realised that this might not be the best way to drive the story and maybe the better way was by following the expressive inner world of [central character] Solomon. That led us to restructure the story with flashbacks.”

Similarly, for director Kevin Macdonald’s Life in a Day (2010), Walker distilled 4,500 hours of footage, filmed in a single 24-hour period by YouTube users around the world, into a coherent documentary feature.

Life in a Day

“There was no way of telling what the flow or structure was going to be, with an open brief to be about anything in any language in any country,” he says. “We hired 25 assistants, who spoke multiple languages and would watch and translate the footage as it came in. The tonal key for me was finding a clip of a young American woman rushing to meet the midnight deadline and realising that nothing happened in her day, which somehow makes her feel lonely and disconnected from a world of amazing events. But isn’t that how we all feel?”

Short cuts
Walker trained at the BBC in the 1980s, splicing and track-laying 16mm for docs, arts, children’s and graphic design departments before gravitating to the drama cutting room.

Editor Ardan Fisher, best known for seminal BBC drama Edge of Darkness, helped Walker focus his career. “He developed my appreciation and appetite for editing,” says Walker. “He was a role model of someone getting tremendous creative satisfaction from their craft and was the first to really trust me with sequences to cut.”

At the same time, he had a parallel career writing music, including an orchestral score for BBC/HBO drama Dirty War and credits for sound editing on TV series like First Born and The Old Devils.

He avoids temp tracks [music used as a guide in production] as far as possible: “as soon as you rely on them, it’s probably John Williams pushing through a sequence rather than the sequence itself.”

It is far from unusual for an editor to have a background in sound, “[but] back in the day a picture editor wouldn’t prioritise sound and made no effort to dig out sound effects,” he says. “The term picture editor no longer does justice to the degree of involvement that most editors have with how a film sounds.

“Playing with time is a super power unique to editing”

Imagination at play
Part of the creative bond Walker has with Villeneuve and McQueen is that both are happy to use silence or shape a scene with sound effects rather than have it washed over with a score. And their attitude to cutting is at one: “Our taste is not to cut too often unless warranted – it creates a tension and puts a strong frame around the performances,” says Walker. “An editor is not originating from a blank canvas, but we will use every subterfuge on every element of performance, picture, sound, VFX and soundtrack to improve the way we tell the story. It could be the subtle alteration of just one syllable of a line or replacing someone’s head. I take great delight in that alchemy.” 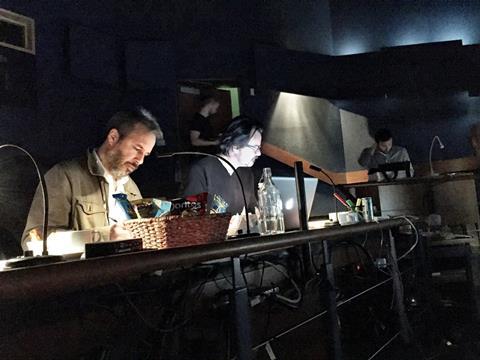 “With Arrival, I learned every trick in the book to try and provide progressively less and less to imagine as the cut progresses, because for a lot of the time the dailies had a blank white screen where two major characters would one day exist,” says Walker. “From temping in clip art from the storyboards, to incorporating the sound the alien heptapods made, the aim is to make it easier to select and time a shot.”

Walker’s own editorial process tends to start by learning the script much like an actor would. He makes fastidious notes on index cards and pastes them on the wall around his Avid for quick reference.

“When material is shot out of order you have to have an idea of where the story has come from and where it’s going to go. That’s simple continuity. For a scene in 12 Years… where Solomon is woken up by Epps [Michael Fassbender] and told to play fiddle – you have to know that in the previous sequence he received a beating.”

Both directors tend to evolve their projects over a lengthy period, so much so that Walker speaks of post as “a continuous shoot.”

“On Arrival we dropped a shot of Amy Adams’ hair in on the last day of DI – a year after we started post-production,” he says. “The creative process, with Denis in particular, is one of putting all the elements in place and then shaping them until someone tells us to stop.” 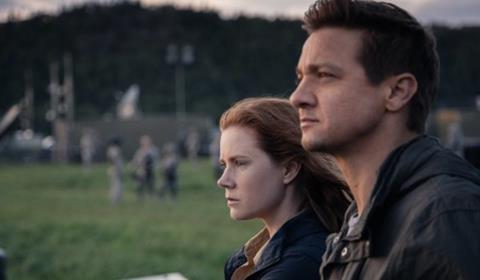 Because every possible option has been thoroughly explored, Walker says he doesn’t have second thoughts once a film has premiered.

“It can take a year or more to decompress from a film you’ve worked on so that you can watch it again without blinkers. At that point, when I see a film I worked on, I am watching as any member of the audience would, rather than just focussed on the edit.”

Early adopter
Having trained to cut on sprockets, then on Lightworks and Avid, Walker is keen to employ new technology. “Inexpensive VFX solutions such as Nuke have had a huge impact on what I do,” he says. “Routinely now I can alter a shot by combining different takes and move pieces of them around. This is a very crude assembly in my hands, but [VFX Editor] Javier Marcheselli will create a solid comp in Nuke as a guide for how long to hold on a shot, what its impact is going to be; otherwise, you’re just cutting plates and that can be less exact and certainly less compelling.”

The Las Vegas hologram fun-house in Arrival was created this way. It’s one of the most technically demanding sequences Walker has cut and one of which he is particularly proud. “It had so many layers and always felt very speculative. I was involved with pre-viz and the second unit in each iteration, carefully timing every holographic dancer against lighting designs and music. It didn’t work the way I’d first cut it – the ‘show’ had overtaken the manhunt and lost its spookiness. The whole scene was close to being dropped entirely but I’m glad we reworked it, not least because of the months of effort everyone lavished on it.” 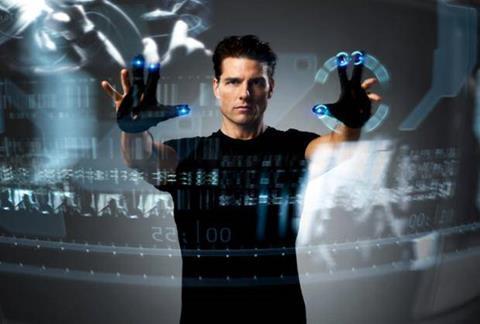 He increasingly uses the RX Audio Editing tool to retrieve otherwise unusable sound recorded on set. “There’s a scene in Widows where the sound of an L-train drowned out the actor’s dialogue but applying RX you can hear them perfectly clearly. I’m almost certain we’ll be able to use more of the sync sound on this show, whereas previously much of this would have to be re-recorded.”

The main innovation he thirsts after, though, has only been theorised. “After 35 years sitting in front of a screen I could do with something to ease my neck and back. Instead of gripping a mouse and having my hands locked in one position I want to be able to spool through the shots, to work physically with the images just as I was with 16mm. I want something like the virtual screens of Minority Report to be able to play with.”