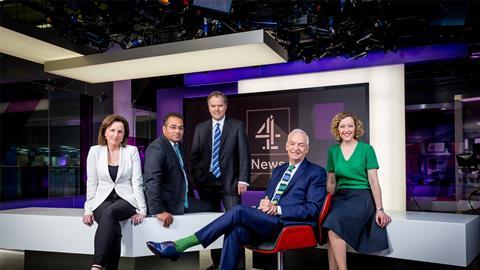 As ITN Chief Technology Officer since 2014, Bevan Gibson is a key player at the television news and content giant which produces over 3000 hours a year of live, near-live, news and features content across an array of global sports. ITN (Independent Television News) also creates TV commercials and branded content and provides access to a significant portion of its news archive via Getty images. 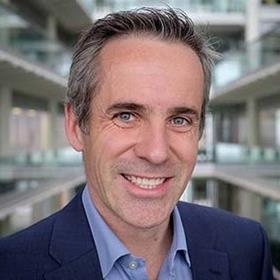 Founded in the UK in 1955 as the news provider for ITV, Britain’s first commercial television network, ITN also began producing news for Channel 4 in 1982, and in 1997, it began providing news programming for the newly launched Channel 5. In recent years, it has expanded its scope beyond news to produce factual, entertainment, and multi-media content for a variety of global customers including the BBC, History, and Discovery.

Balancing act
Gibson describes ITN’s setup as unique – a single production company supporting three primary broadcasters in the UK. “We must support them in a way that’s efficient for the clients as well as for ITN,” he says. “Make sure that the infrastructure is fully used without any conflicts between the clients. Finding the balance is a lot of what my team and I look after. The aim is that it’s more cost effective for the clients to come to us rather than do it themselves.”

He explains how the company’s clients provide input into ITN’s workflows and processes. “Key decisions are run past the clients - how we’re going to spend capital, and we discuss how that will impact the OPEX,” says Gibson. “In the case of the ITV regions, the infrastructure is closely integrated with ITN’s and both sides push the envelope at times.”

“The relationships with Channels 4 and 5 are different than ITV,” he says. “There is little integration with our facilities. However, we still work closely to ensure things are cost effective and efficient for them.”

“We have annual discussions with the clients as to their editorial ambitions,” he continues. “On a day to day basis, we make sure we have all the parts we need to service the needs of our clients. We discuss with our clients how to most efficiently spend their capital over the next five years. We want to be able to deliver effectively to a wide variety of platforms.”

Big events like general elections and referendums need to be carefully planned. “For larger changes, we need a bit of forewarning to be able to deliver what they need,” says Gibson. “We tend to see about two of them in a five-year period. We need to be able to support those as well as supporting a boring Thursday in January. Sometimes, like with something like a hurricane, these big events are difficult to predict. We need to be flexible and prepared.”

Global traveller
Originally from Australia, Gibson has been in the UK since 2001. Prior to moving to Britain, he worked on the 2000 Sydney Olympics for the host broadcaster. His first employer in the UK was the graphics company, Orad, but he joined Sky in 2003 working in software development, where he was involved in the launch of the online gambling platform, Sky Vegas.

While at Sky he was the systems architect responsible for the deployment of the Sky News NOC – an innovative IP-based facility within Sky News used to modernise news-gathering infrastructure and networks infrastructure worldwide. Following that, he oversaw the transition of Sky News to HD between 2009 and 2010.

In 2010 Gibson moved to Abu Dhabi where he worked as the Technical Launch Director of Sky News Arabia. “This was exciting because it was a greenfield site,” says Gibson. “We got to look at new systems without having to deal with legacy systems.” At the conclusion of that project, Gibson returned to the UK to work in technology roles on projects across a number of Sky brands. In 2013, he was named the Head of Operations and Technology for Sky Creative.

“I really enjoyed my time at Sky,” he says. “But I wanted to experience some new challenges and build my skills in other areas in an organisation that had been around for a lot longer and had an established work force. They wanted to try new things, new ways of working, make changes. I thought it would be an exciting and challenging role.”

Operational challenges
As with any CTO, Gibson must deal with the daily operational aspects of running a business. According to Gibson, there are two types: “First, operational incidents when things go wrong; and second, when there’s a major breaking news event and we have to stretch the facilities and staff with no notice,” he says.

“We’ve got a pretty good service delivery time as far the first type goes,” says Gibson. “We build so there’s no single point of failure. We make sure there’s some way to deliver a programme. ITN has got a rich history of being able to work around problems and deliver the News at Ten at 10pm.

“For a major news event we are thinking on our feet,” he continues. “We have to enable the key talent to be at the heart of it, able to do what they need to do in those situations. Editorial teams look to us when things go wrong to help them solve their problems, so we must be able to deliver the best sort of service to our clients.”

What gets him up in the morning?
“I like a challenge - monotony gets boring,” laughs Gibson. “I like knowing that there’s always that chance that when you’re sitting at your desk there’s something major that can happen in the world. Knowing that there is an unknowing challenge to deal with is exciting.

“Also figuring out how technology can help our editorial teams do things better,” he says. “My team enjoys a challenge – working within time and budget constraints and still moving things forward. That’s what I enjoy doing.”

As to what keeps him awake at night, the answer is “legacy infrastructure”.

“Trying to find solutions and often trying to commercially justify why something needs to be replaced that hasn’t been replaced in 10 years, and not simply waiting until it fails,” says Gibson. “Knowing that not spending something puts you more at risk.”

Where the next generation of broadcast engineers are going to come from is something that weighs on his mind as well. “I’d like to know that those that are coming up in the future will be as interested as I was,” he says. “It’s important to find a good mix of IT and traditional broadcast skills. It’s becoming harder to find people who have that combination of skills.”

Security is another concern. “It’s the unknown aspects of cybersecurity,” says Gibson. “We haven’t had any issues, but I think it’s only a matter of time before a broadcaster gets hit by a cybersecurity issue. That’s something that all broadcasters need to be prepared for – including me.”

Thinking ahead
Gibson’s focus for the near term is the move to IP. “We’ve begun the migration to an IP-based infrastructure,” he says. “We are moving to off-premises solutions – data centres, cloud providers. We need to rapidly make sure that capital purchases are based on cloud or off-premises-first logic. Only by exception should equipment be located in our own facilities.”

Highly efficient, scalable service is his ambition for the long term: “We want a highly utilised infrastructure that is environmentally efficient. We want to be able to spin up and spin down services. I want it to be just as possible to be able to build services that can run for five weeks in the same way we can build something to run for five years.”

“First, on a technical level it’s about making broadcast and media products work efficiently and well in a public cloud environment,” he says. “We need to help to find a sustainable commercial model for our suppliers. Right now, one of the big challenges is that there are a lot of companies looking at providing a cloud model, but there isn’t a good business model yet. The industry needs to get its head around it. How products are going to be supplied, and how broadcasters will pay for them are big challenges.

“The second part is to make sure the people in the industry come along for the ride - both developers and operations people,” he adds. ‘We need to convince them to stay in the industry and we also need reach students to get them interested in our industry. We have to supply the right training and apprenticeship to bring the next generation of engineers, operational, and support staff into the industry.”