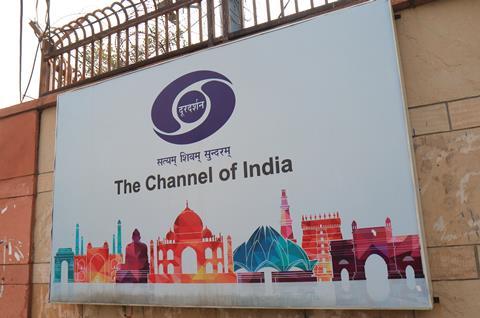 India public service broadcaster Doordarshan is to be broadcast in Bangladesh and South Korea as part of a deal struck by the Indian government.

The Indian government agreed to show BTV World, a channel owned by Bangladesh TV, and KBS World, which is an English 24x7 channel ran by the Korean government, through Doordarshan Free Dish.

DD Free Dish is an Indian free-to-air direct broadcast satellite television service with more than 35 million viewers in the country. It is India’s only free DTH service and offers 28 Doordarshan channels along with a number of free channels.

The agreement follows a memorandum of understanding struck between the Indian government and Bangladesh TV in May. Bangladesh borders India to the east, and the agreements also form part of Indian Prime Minister Narendra Modi’s ‘Act East’ policy

“India has entered into an agreement with Bangladesh so that DD India will be shown on Bangladesh TV. In return, Bangladesh’s official channel will also be available in India on DD Free Dish. DD Free dish is available in 35 million households,” Information and Broadcasting Minister Prakash Javadekar said, according to reports in the country.

The agreement follows previous collaborations with BTV, after the Bangladeshi and Indian governments agreed to co-produce a film on Bangladeshi politician Sheikh Mujibur Rahman, which will be directed by film director/producer Shyam Benegal. The film, which is to mark the birth centenary of the politician commonly known as Bangabandhu, is expected to start shooting in November.