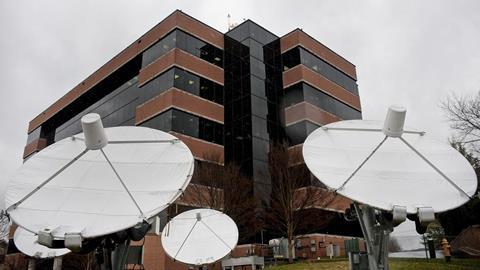 The deal worth $10.6 billion was confirmed on Friday pending approval from the US Department of Justice and will see Sinclair obtain the largest collection of regional sports networks (RSNs) in the marketplace today.

In 2018, the RSN portfolio delivered a combined $3.8 billion in revenue across 74 million subscribers.

In a statement, Sinclair Broadcast Group chief executive Chris Ripley said: “This is a very exciting transaction for Sinclair to be able to acquire highly complementary assets.

“While consumer viewing habits have shifted, the tradition of watching live sports and news remains ingrained in our culture. As one of the largest local news producers in the country and an experienced producer of sports content, we are ideally positioned to transfer our skills to deliver and expand our focus on greater premium sports programming.”

The transaction gives Sinclair a unique opportunity to diversify its content sources and revenue streams with “high-quality assets that are driving live viewing,” Ripley added: “We also see this an opportunity to realise cross-promotional collaborations and synergising benefits related to programming and production.”

Sinclair could become a significant challenger with its cable offerings and now RSNs with the opportunity to bundle the channels with local news broadcasts to attract customers.

Disney was forced by US Federal regulators to distribute its ownership of the sports networks after completing its $71.6 billion acquisition of 21st Century Fox in March.

Regulators said Disney’s foot hold in the televised sports market was already significant because of its ownership of ESPN.

Sinclair’s purchase does not include 21st Century Fox’s equity interest in the American sports pay TV channel. The Yes Network is also required to be sold by regulators.

According to The New York Times, Disney is getting less for the sports networks than some analysts had expected.

Last year, Guggenheim Securities estimated that including the Yes Network, the channels had a value of $22 billion and regional sports networks have lost value in recent years as fewer people pay for television.

Sinclair seeks sports deals
Sinclair CEO Chris Ripley did not rule out partnerships with Amazon and other technology giants to offers live sports to consumers globally, according to Reuters.

This year, new streaming services from Disney and Apple are set to join the OTT offerings from Amazon, Netflix and AT&T.

Ripley said: “There is only going to be more competition and more interest for key assets like this in the future. We have an interest in as broad a distribution as possible.”

He added: “We’re a local media company with a strong focus in local news and we continue to see that as an area that will have strong relevancy if we took it multiplatform and not be an area flooded by cheap cash by big tech.”

Sinclair has long standing content partnership deals with multiple cable, satellite and streaming companies including YouTube. He likened any similar partnerships with Amazon or other digital players as another distribution deal.

Ripley predicted the US sports market will help Sinclair increase its fan engagement and viewership. He estimated $1.5 billion to $2 billion of new ad revenue industry-wide “in short order,” from sportsbook operators and other companies marketing in the space.

He also pointed to the future opportunities for fans to place bets and “wager while you watch,” a feature it is currently exploring with the Tennis Channel.