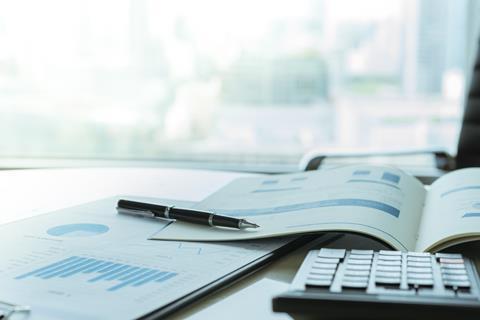 Huawei’s strong revenue momentum came despite sanctions imposed by the US government, which saw the company placed on a blacklist in early 2019 last year, barring it from sourcing critical components from US suppliers.

Rotating chairman of the company Eric Xu said that 2019 “was an extraordinary year for Huawei, despite enormous outside pressure”.

The reported figure also came in higher than results reported in 2019 which stood at 42 cents per share.

Despite a better than expected performance, HPE’s shares depreciated nearly 6% in the extended trading session on 31 March, as revenues missed the consensus mark.

Adobe continues to steady growth
Adobe has made a profit of US$3.23bn on revenue of US$11.7b in the past twelve months, it reported in early April. Profits and revenue have both grown over the last three years.

On 12 December last year, Adobe reported financial results for its fourth quarter and fiscal year 2019 in which it achieved a record quarterly revenue of $2.99 billion and surpassed $11 billion in annual revenue

The stock set a new 52-week high, nearing an all-time record and briefly traded above $400 for the first time in almost two years.

Netflix is set to report Q1 2020 results later in April 2020. Analysts predict the company to produce better-than-forecast subscriber gains in the first quarter, with reduced churn and a higher number of subscribers opting for plans with more simultaneous streams.

Year on year consumption hours have increased by 82 per cent, while monthly reach on the platform has risen by 40 per cent. ITV Hub plus, ITV’s ad free service, has also grown 80 per cent since the same period last year.

Due to the Euro 2020 tournament not going ahead this summer in light of the coronavirus lockdown, the Hub will also be showing every match from the legendary Euro 96 football tournament this May.