The European Broadcasting Union has called for immediate action to protect journalists and the freedom of expression. 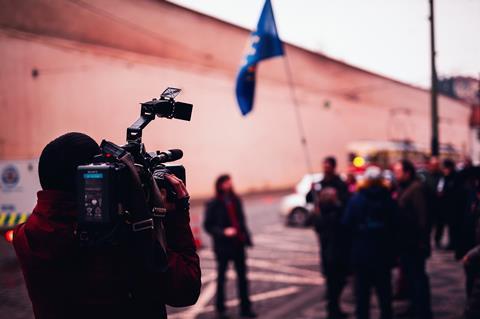 The lack of police and judicial follow-up to crimes against journalists” has become the “new normal” according to a report by the European Broadcasting Union (EBU) that investigated the threats and attacks against media freedom in Europe over 2018.

Last year, the murders of Ján Kuciak and fiancée Martina Kušnírová in Slovakia and Jamal Khashoggi in the Saudi Arabian consulate in Istanbul, Turkey, were among 35 alerts for attacks on journalists’ physical safety and integrity.

Alerts about serious threats to journalists’ lives doubled, and were accompanied by a strong surge in verbal abuse and public stigmatisation of the media and individual journalists in Council of Europe member states.

The report warned: “Urgent actions backed by a determined show of political will by Council of Europe member states are now required to improve the dire conditions for media freedom and to provide reliable protections for journalists in law and practice.”

There remains 16 long-standing cases of impunity for the murder of journalists, as of 31 December 2018, there were 130 recorded cases of journalists in detention.

This figure included the 110 journalists jailed in Turkey, 11 in Azerbaijan, five in the Russian Federation and four in Ukraine.

No less than 15 alerts were submitted in 2018 on impunity for serious crimes against journalists and the EBU highlighted that none of the previous alerts relating to impunity for murdered journalists have seen significant progress.

In its report, the EBU concluded that:

The report concluded the space for the press to hold government authorities and the powerful to account has been diminished.

The EBU has urged Europe to take action to create a favourable environment to free and independent media and to end the many acts of violence, harassment and intimidation which journalists face as a daily reality in many member states.

The report called for immediate action on all states in the Council of Europe that impose harsh restrictions on journalists’ activities’ and freedom of expression.

It urged all states to reply fully and in good faith to all alerts and to take effective measures in law and practice to remedy the threats to the safety of individual journalists and media.

The environment for the media across Europe is severely deteriorating with journalists increasingly facing obstruction, hostility and violence as they investigate and report on behalf of the public.

The report noted: “Press freedom in Europe is more fragile now than any time since the end of the Cold War.”

The review of media freedom pointed to a picture sharply at odds with the guarantees of the European Convention on Human Rights.

“Legal protections for critical, investigative reporting have been weakened offline and online. The space for the press to hold government authorities and the powerful to account has shrunk.”

It found, the trend to cut funding to public service media (PSM) in 2018 grew with Europe leading a trend towards increased political pressure on public broadcasters, making it difficult for reporters and editors to exercise editorial independence.

Council of Europe president of the parliamentary assembly Liliane Maury Pasquier said: “The growing number of attacks and violence against journalists in the last few years is very disturbing.

“The right of journalists to carry out their work under safe conditions, without fear of being harassed, attacked or beaten is paramount to freedom of expression. I call on the Council of Europe member states to pay particular attention to their positive obligation to protect journalists.”

The EBU along with 11 partner organisations of the Council of Europe Platform have aligned to promoted the protection of journalism and the safety of reporters working across Europe.

EBU director general Noel Curran said: “The EBU is proud to partner with the Council of Europe and 11 other organisations to produce this report which highlights the importance of protecting media freedom and the safety of journalists.”