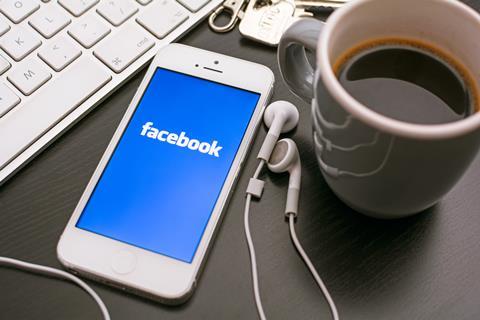 Facebook has backed the international news industry amid the global coronavirus by promising to give $100 million in grant money to the sector.

Facebook said it is supporting the news industry after acknowledging the vital work journalists doing and “working under extraordinary conditions to keep people informed.”

Facebook chief executive Mark Zuckerberg confirmed the additional investment in journalism yesterday in a blog post, confirming $100 million to support the news industry with $25 million in emergency grant funding for local news through the Facebook Journalism Project and $75 million in additional marketing spend to move money over to news organisations around the world.

Zuckerberg said: “We’re building on this work and will direct a portion of these funds to publishers most in need in the hardest hit countries. The first round of these grants went to 50 local newsrooms in the US and Canada.”

Local Media Association chief executive Nancy Lane and recipient of the funding said: “This money will not only help keep journalists reporting right now amidst the crisis, the funding will also fuel opportunities for local media to accelerate business transformation toward a more sustainable digital footing.”

Zuckerberg added that whilst all businesses are “facing adverse financial effects from this crisis, we recognise we’re in a more privileged position than most, and we want to help.”

Last January, Facebook announced it will invest $300 million in news programmes, partnerships and content in a bid to combat fake news and support local news organisations.

In India, Facebook has launched a Corona Helpdesk Chatbot on its messenger platform to raise awareness, provide authentic and accurate information to its users in a move to expose fake news on the pandemic.

The chatbot and news hub has been launched after the Indian government issued an advisory to social media companies to monitor and remove the circulation of false information and unverified data on the coronavirus outbreak.

In an interview with the Wall Street Journal, Facebook head of news partnerships Campbell Brown said: “This is a time when we need this reporting the most.

“Advertising money is shrinking fast and even though news consumption is up, it is not making up for those losses, so we are trying to help bridge that gap.”

The aid from Facebook likely would still leave the industry with an enormous gap in advertising money. Gordon Borrell, an advertising market analyst, estimated that local advertising will drop by 25% this year, amounting to a decline of roughly $30 billion.