Facebook has announced it will invest $300 million in news programmes, partnerships and content in a bid to combat fake news and support local news organisations. 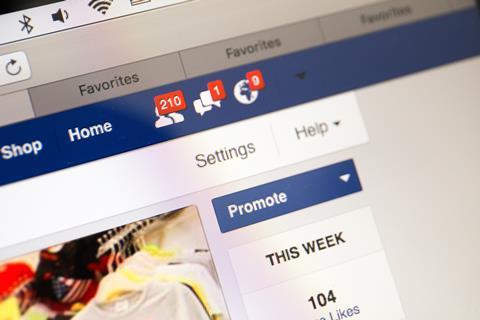 Facebook Vice President of Global News Partnerships Campbell Brown wrote in a blog post yesterday: “News is a key part of Facebook’s mission to give people the power to build community and bring the world closer together.

“We’re going to continue fighting fake news, misinformation, and low quality news on Facebook. But we also have an opportunity, and a responsibility, to help local news organisations grow and thrive.

“We know we can’t do it alone, but there is more we can and will do to help.”

The two key areas Facebook hopes to drive with its $300 million funding investments is to support local journalists and newsrooms with their newsgathering needs in the immediate future and help local news organisations build sustainable business models, through both product and partnership work.

Brown added: “Over time, we think this work can have the added benefit of fostering civic engagement, which research suggests is directly correlated with people’s reading of local news.”

Last year, Facebook worked to “better understand what kind of news people wanted to see on Facebook,” according to Brown, which pointed executives to expand its effort to inform users and support its partners on making a “real impact”.

The move comes after traditional news publications and local newspapers globally have struggled to adjust to the digital-first landscape, with dominating social media platforms becoming the favourite among users and Facebook criticised for its role in the decline in traditional news advertising revenue.

Those organisations benefiting from the funding include:

Facebook has also been repeatedly criticised in recent years for lacking accountability in its role in fake news campaigns, particularly in relation to the sharing of user data and Russian interference in the 2016 US presidential election.

Amidst new security regulations and following the Cambridge Analytica data scandal last year, Facebook shares dropped 20% and wiped out close to $130 billion in its market value.

The initiative was part of an effort to stop the spread of fake news on the platform, which became a subject of conversation during the 2016 election when thousands of Russian-backed ads appeared on the platform.

In addition to its investment in news, partnerships and content it announced the expansion of its Accelerator pilot which was launched in the US in 2018, “to help local newsrooms with subscription and membership models.”

Brown explained: “This year, we’ll commit over $20 million to continue the local Accelerator in the United States and to expand the model globally, including in Europe.

“This is among the first investments we’ll be making to support local news organisations and we will continue to look for partnership opportunities as we build out our teams internationally.”

Millennials and Gen Z favour Facebook over YouTube
Facebook beats YouTube as most popular video news source for Millennials and Gen Z according to a study by Wibbitz published yesterday, it found Facebook as the go-to platform for news coverage among the 1,000 US citizens surveyed aged between 18 and 37 during November last year.

According to the study published by Wibbitz on Tuesday, Facebook was the top choice 30% of Gen Z respondents and 56% of Millennials ranked Facebook as their top choice for watching news coverage with only 27% and 22% respectively for YouTube.

The research concluded social video ads on mobile devices are key for reaching younger adults, with 90% of Generation Z and 83% of millennials spending at least one hour a day watching videos on their smartphones.