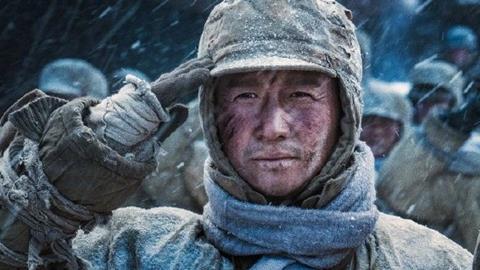 Chinese release The Battle of Lake Changjin epitomises the use of the term ‘epic’, with some three directors, six DoPs, 70,000 extras and a record domestic box office performance.

Everything about The Battle of Lake Changjin is huge. The Chinese war film has justified the country’s largest ever production budget of $200 million to take a domestic record U$769 million at the box office after less than three weeks on release. 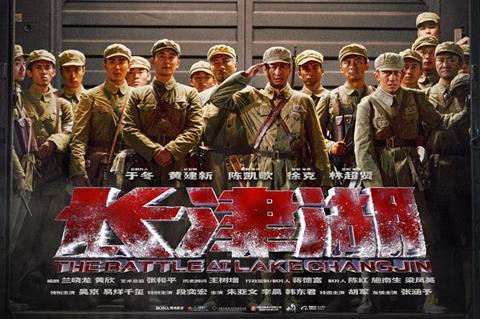 The Battle of Lake Changjin

That’s already double the tally of No Time To Die which has notched a decent $313 million internationally (though it has yet to release in China) and more than last year’s global box office titan The Eight Hundred, another Chinese battle saga which grossed more than $468m.

It’s not just the spectacular financial returns which catch the eye. The three-hour film, in script development for five years, credits three directors and six directors of photography including Peter Pau who won the Cinematography Oscar in 2000 for Crouching Tiger, Hidden Dragon. It stars China’s most bankable leading man, Wu Jing, action hero star of Wolf Warrior 2 (2017), which remains the biggest Chinese film in box office history with $867 million from a single market, according to THR.

Changjin shot for a mammoth 200 days between December 2020 and May this year having been delayed from starting in February 2020 due to the pandemic. 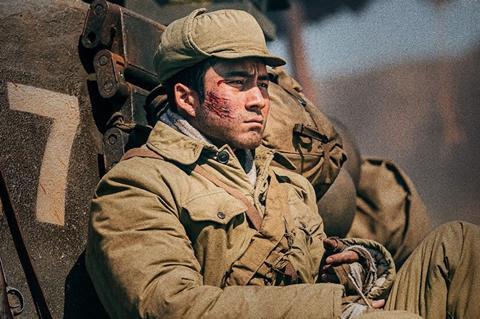 Many of the scenes were shot on location and by some accounts with actors and crew having to endure sub-zero temperatures. That’s fitting given that the film restages an historic battle fought by China’s People’s Volunteer Army in the freezing winter of 1950 when it forced the US military to retreat from North Korea.

Dneg and Tau Films took the lead on VFX with Dneg working on 575 shots led out of Montreal and produced in Mumbai. Tau Films operates in LA, Mumbai, Kuala Lumpar, Vancouver and Beijing.

“Given that the box office in China is of similar size to the US production companies in China have increasing confidence in terms of making a return on their investment,” explains Guangle Jia, Dneg’s head of new business for China. “Producers are pouring more money and resources into Top tier projects.”

Dneg plans to open an local office in Shanghai or Beijing. Indeed, it would have done so already but for the pandemic. It won’t though be a huge facility, but one with expertise to lead on pre-viz and capture that top tier work.

“Once we have a base there we can harvest more projects and help more local filmmakers,” says Jia.

Working solely on sequences directed by Dante Lam, one of the three directors of Battle at Lake Changjin,  Dneg’s contribution totalled 575 shots including the build of 106 assets on air, sea and land.

“Working from historical reference from real battles remembered by people who are still alive, the goal was to put the audience as boots o the ground in that world,” says Dneg’s VFX supervisor on the show Lee Sullivan.

“There were some shots it would be challenging to deliver in normal circumstances but the turnaround time was quite compressed,” says Sullivan who assigned three teams of Dneg artists to the task.

One major scene involving significant VFX occurs at the beginning of the movie as the US army has been pushed to the bottom of Korean peninsula and had to effect a D-Day landing.

“The physical shoot was mindblowing,” Sullivan says. “They had working period tanks in columns and a cast of thousands in uniforms but even so we had to augment it to make it epic, like Saving Private Ryan.”

This including building the beach, extending the army, creating planes flying over and the city of Hungnam bombarded and burning.

Another 20-minute-long battle sequence in the middle of the film required all three Dneg teams working simultaneously to deliver.

“While they were shooting they also had to contend with the worst dust storm in decades and in a mountain combat sequence they battled snow storms and fog and shot at night for weeks with very complex stunt work. There’s an incredible amount shot in-camera.”

Hollywood trade press including Variety and THR are describing the film as a “glorification of Chinese sacrifices and heroism”; “a grind through the blood, sweat and tears of the real-life conflict”; “the bloody spectacle about killing Americans” and “a gritty battlefield actioner, in keeping with the nationalistic tone of recent tentpole Chinese filmmaking.”

Its jingoism has clearly struck a chord with local audiences but Hollywood has long revelled in similar one-sided patriotism and slaughter of faceless foreigners whether Vietnamese (The Green Berets); Soviet (Rambo III); Japanese (Pearl Harbour; Hacksaw Ridge); Iraqi (American Sniper) or Libyan (13 Hours). The propaganda exhibited in these films renders impotent the judging of Chinese audiences as bloodthirsty. 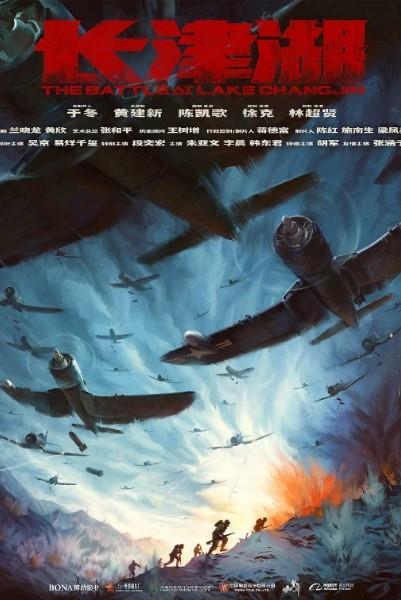 The film’s firepower demonstrates an increasingly confident Chinese film industry. A new benchmark for production values was set by The Eight Hundred, which was the first Chinese and Asian film shot entirely on IMAX cameras.

At the film’s premier, producer and Bona Film Group president Yu Dong said that the Changjin “is not just an [index of how] the industrialization of Chinese film has been pushed to a new high, but more of how we can calmly take on large-scale production and investment equivalent to A-list Hollywood movies.

“This is thanks to the courage of Chinese filmmakers, and, even more so, the huge confidence in the Chinese film market.”

Of the film’s three directors, Chen Kaige is the most prominent having won the Palme d’Or at Cannes 1993 for period drama Farewell My Concubine. Hong Kong born Hark Tsui came to prominence directing Zu: Warriors from the Magic Mountain in 1983, made a couple of Jean Claude Van Damme features in Hollywood and the Once Upon a Time in China film series. Dante Lam, also from Hong Kong, made 2018’s Operation Red Sea, until Changjin the second-highest-grossing Chinese film of all time.

The Korean War is known in China as ‘the War to Resist U.S. Aggression and Aid Korea’. The battle for Changjin appears to have been a last ditch attempt by China to prevent the Korean peninsula being overrun by the West. They sent anywhere between 60,000 to 120,000 PVA to push back 30,000 better armed and trained mainly US armed forces (under a United Nations banner) with the pivotal battle at the Changjin reservoir.

Up to 10,000 US-led troops (and Korean civilians) and as many as 50,000 Chinese lost their lives, with 30,000 of those deaths on the Chinese side attributed to the harsh Korean winter, frostbite and lack of food.

At the premier, director Hark Tsui quoted China’s Chairman Mao – who sent the PVA to Korea. He explained: “The quote ‘strike one punch to avoid a hundred punches’ really touched me. I decided then that my task would be to depict the truth of this quote for everyone to grasp. It seemed like the core of the entire film — that spirit of I don’t want to fight, but still, I must fight.” 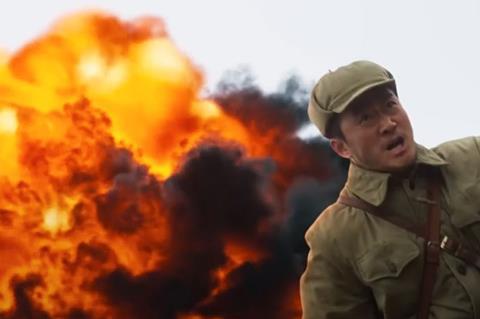 Changjin: Dneg and Tau Films took the lead on VFX

Another A list director Andrew Lau was originally signed to the project. Lau, who has shot films as cinematographer for Wong Kar-Wei, co-directed Internal Affairs which Martin Scorsese later adapted as The Departed. The postponement of Changjin led Lau to leave the film and go into production on Chinese Doctors for Bona Pictures.

This feature aims to put the record straight from a Chinese point of view on the country’s response to the Coronavirus outbreak. The film will focus on the front line of Wuhan’s anti-epidemic spirit, according to Bona Pictures.