In-depth: Behind the Scenes at RTÉ Visual Radio Studios

Ireland’s national broadcaster RTÉ has recently built out a range of new studio facilities. John Maxwell Hobbs gets the grand tour, and investigates some of the thinking driving visual studio design.

RTÉ have built two new visual radio studios in Dublin campus. The first one has gone live. Called RN3 - it has 6 presentation positions, with 8 PTZ cameras and a 12m long video wall. 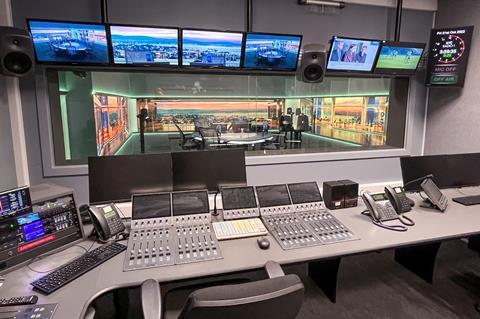 Although RTÉ has been presenting a visual feed for much of their radio programming for the past 10 years, the impetus to create the new studios came from a property move.

“Not only are we building new studios, but we’re going to be moving radio teams over to the building where the TV teams are and start getting content teams working together across radio and TV. There were three drivers, one was to relocate because of the land sale; the second was to bring radio and TV to work more closely together. And third driver was to create higher quality video content from those studios, for social, for online, and for TV. They’re very flexible studios, that give us the ability to do audio content and visual content.”

Waghorn described the broadcaster’s previous visual radio activities: “It was definitely a simpler system. We put webcams in studios for and we really didn’t change the existing studios. It was a lower cost investment,” he said. “We’ve been using the material from those studios for our news channel, and we did the occasional social media clip, but the production aesthetic of that output wasn’t the highest quality. It’s helped to deliver a number of broadcast hours on the news channel. But it was really treated as a visual feed of a radio programme happening, as opposed to thinking about it as a visual programme.”

The first studio to go live, RN 3, is located near the newsroom. The studio has an internal area of 5.2m x 5.8m accommodating 6 microphone positions. The studio is designed for video and includes 8 Panasonic PAN-AW-UE100 4K PTZ remote-controlled cameras. The control room has internal area of 5.2m x 4.7m with direct line of sight to the studio for the sound engineer and production team. Currently, Morning Ireland and News at One are originating from the studio and Drivetime and several weekend radio programmes will come from RN 3 as well. 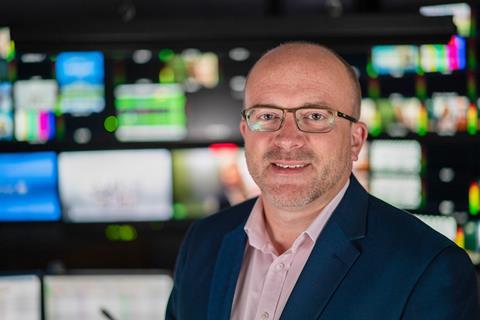 The second studio, S7-1, is still under construction and will be completed by the end of the year. This studio is designed for one presenter with four to five guest positions. It will be mainly for current affairs, talk shows and an arts programme. consists of a 1+5 studio and a control room. The studio has an internal area of 6.1m x 6.6m accommodating 6 microphone positions. The studio is designed for video and includes 8 PAN-AW-UE100 4K PTZ remote-controlled cameras. The control room has internal area of 6.1m x 4m with direct line of sight to the studio for the sound engineer and production team. The Systems Integrator for both studios is Dublin-based Creative Technology.

Myles Donoghue, the Project Manager in charge of delivering the new studios described the design and capabilities of RN3. “It’s a two plus four studio. We have eight Panasonic PTZ cameras - one camera per participant, a camera that captures the two presenters, and a wide shot as well. And we’ve got an Absen LED wall running around three sides of the studio controlled via a Novastar H5 video splicer. The wall design was done so that it looks like it’s part of the set itself.”

“We have a Calrec desk and we also put in audio-over-IP,” said Donoghue. “The two new studios are the first audio-over-IP projects that we’ve done. So that’s been a challenge in itself. But it does give us scope to expand our audio-over-IP capabilities. From a visual perspective, we’ll use Broadcast Bionics Virtual Director.

“It does automatic camera switching depending on whoever is speaking. We also have the capability of bringing people in visually as well. We’ve got two routings for visual lines going into RN3 from our television station router. And then we’ve got two Mac Minis in the studio so we can bring people in both over FaceTime, Zoom, Teams, Skype, whatever, you name it.” Graphics are delivered via Broadcast Bionic’s ConTEXT system, which is integrated with their Virtual Director system.”

The studio design incorporates several forward-looking elements. “In addition to the two video feeds from our TV station router, we’ve also put direct links back out to our station router and direct links to our TV presentation,” said Donoghue. “We could put things out directly on our main RTÉ One or RTÉ Two channels. Currently Morning Ireland is going out on our news channel.”

The studios incorporate both traditional baseband and IP infrastructure. “The cameras all 4k with connection over NDI. We put in SDI capability as well. We have an SDI mixer as a backup, so that’s our fallback plan. But the NDI has been rock solid, which is great,” said Donoghue. 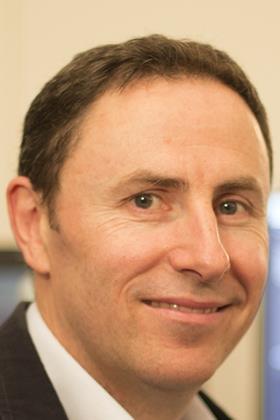 The physical design of the two studios was planned with flexibility in mind. Waghorn said “The video walls in the studios are 12 metres long by one metre high. A programme can use either studio,” said Waghorn. “Even though they’ve got different designs, it doesn’t mean that programme can only come from one of them because the visuals will carry over.”

The two new studios are a continuation of an overall update of RTÉ’s production facilities. Explains Waghorn, “We’ve been on a journey of improving the quality of our studios and our production capacity to make sure that we’re delivering high quality product on screen. We refit Studio 5 using screens and augmented reality graphics to improve the production aesthetic. It’s a more simplified wall studio than our Stage B, and again the same programme can either use Stage B or Studio 5 interchangeably. The radio studios are almost like an extension of that.

“You don’t have to just have one programming in one space all the time. When you look at that output, and you look at the output that we’re getting from RN3 already we’ve become more design led.”

Waghorn emphasised the additional benefits of this approach. “Ultimately, we want to become more virtual production based,” he said. “It helps with the storytelling; it helps the attractiveness of what you’re looking at. It’s also good from a sustainability point of view because we’re not building physical sets all the time. It’s helped us to simplify our turnaround between productions. We can get the show up and running quicker and with ultimately less resource. So, it’s also enabling us to be more efficient. And I think the radio studios can start to play that efficiency in and unlock those spaces to do other things over time.”

And what has the response been on the part of the people who use the studios every day?

“Generally positive,” said Waghorn. “We’ve had some ups and downs in persuading some programme teams that this was the right way to go. But certainly, what I have learnt from when we did the TV studios is sometimes you just need to build it and people will follow and then they’ll learn how to use it. If you look at the Studio 5 now project, there’s so much output that comes out of that studio and people love working in it. And I think I think the same is going to happen with the radio studios.” 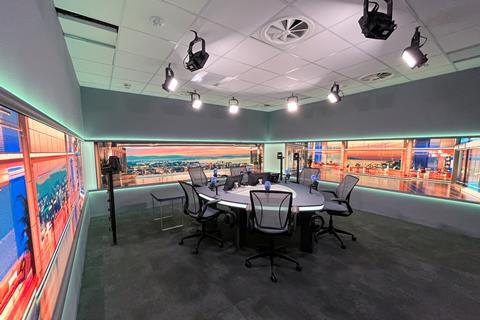 “There’s been a few exceptions, but they’re more sort of, ‘I don’t like that microphone quite there, can you move it slightly?’” said Donoghue. “We were able to do a lot of things that they didn’t have in the other studio. We have better computer screens than they were using. However, they don’t have as much freedom of movement, so initially, it was ‘you realise this is visual radio, you’re blocking your face.’ But once they got used to that, they really liked the environment itself. So certainly, it has been very positive.”

Even with the advanced video and graphics capabilities, the project has never lost sight of the fact that these new studios are at their heart, radio studios.

“The focus of the of the project is to make sure that that this is a radio studio,” said Donoghue. “That it works perfectly for radio. And as visual radio, to let out all those bells and whistles thereafter.” Donoghue pointed to the way RTÉ’s production teams have used Studio 3, their TV News studio. “Over the last three years, they’ve really innovated, and they do a huge amount more than we originally planned. I’m confident that once people become comfortable with the new radio studios they’ll be able to do much more with them,” he said. 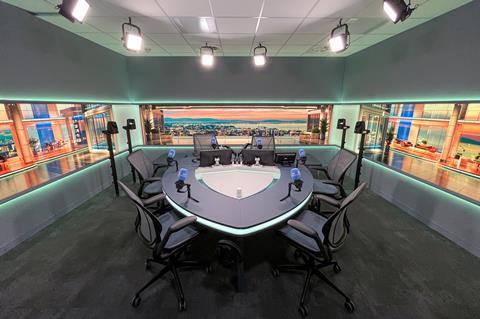 The RTÉ studios incorporate both traditional baseband and IP infrastructure

“The most important thing is to get the radio programmes into the new space and thinking visually, as well as thinking about the audio product and getting that right,” said Waghorn. “If we can get that right, then quite frankly, I think other opportunities will open up. If you take Morning Ireland, they’ve got ambitions to get video feeds into the video wall or graphics and captions and all sorts of things. And that’s fine. I think some of that will come because we have built that capability into the studios. But we’re not starting there. The first thing is to get people doing what we currently do and thinking differently about it.”