ISE and its owners, CEDIA and AVIXA, covet the broadcast audience as realtime content creation technologies move to the fore, writes Adrian Pennington.

If ever one needed to understand the breadth of the insatiable demand for video content then a visit to ISE in Barcelona at the end of the January will do the trick. While the NAB and IBC2023 trade shows concentrate on the narrower market of technologies to produce TV and film, ISE covers everything audio visual (and multisensory) used to create and deliver content for the rest of media and entertainment. There’s a lot of it. 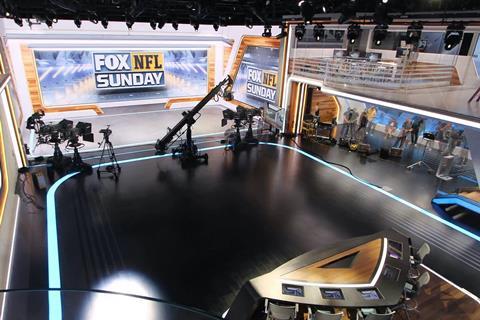 BK Johannessen, Unreal Engine Business Director for Broadcast and Live Events at Epic Games, will give an address entitled ‘All Paths Lead to Real-Time’ at ISE2023

From digital signage and live stages to videowalls, experiential art to advertising, virtual and VR experiences are seeing rocketing demand. This is often thanks to the need for corporate and artistic messaging in every vertical from education to museums and retail, which overall represented a $258 billion industry in 2022.

ISE, which rather incongruously stands for Integrated Systems Europe, straddles both traditional corporate AV used in business or public services and the backend systems used to network consumer electronics in private homes. Increasingly it is muscling in on broadcast too.

The keynote speaker at ISE2023, for instance, is BK Johannessen, the Business Director for Broadcast and Live Events at Epic Games, creator of Unreal Engine. He’s exactly the type of headline act who IBC would covet. Now ISE and its owners, the trade bodies CEDIA and AVIXA, covet the broadcast audience.

There is already a sizeable crossover in technologies. Often it is just the final deliverable or target audience that distinguishes anything AV from the rest of M&E.

Johannessen’s keynote, ‘All Paths Lead to Real-Time’, will explore “how content creators are taking innovations from the games industry and applying them to their projects, from broadcast virtual production studios to real-time graphics for media & entertainment, live events, architecture, and more.”

The show’s new ‘Content Production & Distribution Summit’ features sessions on how end-users and vendors in Pro AV are “increasingly seeking to create and disseminate high-quality video content for commercial and informational use.” This is chaired by Ciarán Doran, a marketing exec with extensive background in broadcast at companies including Rohde & Schwarz.

The return of physical attendance to mass events will be a big theme of the event. Music concerts, sports and entertainment spectacles (like ABBA Voyage) are feeding audiences craving the live experience. Pro AV revenues from this sector in EMEA alone are expected to top $9.4bn this year, according to AVIXA.

Fuelling this is a renaissance of the venue as destination enticing visitors out of the home with technology-rich social media-primed immersive experiences.

The NOW building in Soho, for instance, opened in November to claim the world’s largest wrap-around screen installation - at least until the MSG Sphere opens at the Venetian, Las Vegas later this year. Qvest was the systems integrator for NOW’s digital canvas spread over 4-storeys in 16K resolution.

Digital immersive exhibits are shaking up the traditional art world too. One of the leaders is Grande Experiences of Australia which creates and produces immersive exhibitions hosted by LUME. DALÍ ALIVE at LUME in Colorado is a trip through the Spanish artist’s life highlighting his introduction to Surrealism, influence on American culture and the enduring impact he has today. LUME Melbourne: Monet & Friends is another experiential storytelling project which brings to life the masterworks of the French Impressionists.

“The soundscapes for DALÍ ALIVE are just as psychedelic as the artwork,” said Des O’Neill, sound engineer, producer and co-founder at aFX Global which designed the spatial audio for Grande Experiences at both exhibitions. “DALÍ ALIVE is a showcase for what we can achieve with immersive spatial audio systems integrated with masterpieces of art to create a thrilling kaleidoscope of colour, movement and memory.”

Visitors to ISE2022 will recall an exhibit devoted to ambient floor to wall projection-mapped art of artists including Claude Monet and Paul Cezanne.

Lightroom at King’s Cross similarly treats the work of David Hockney as installation art as does Frameless, in Marble Arch, which The Guardian said: “offers 90 minutes of Instagram-friendly, son et lumière experience across 30,000 sq feet of London bunker.”

The convergence of AV and broadcast is nowhere more explicit than in the use of LED walls for virtual production and extended reality content creation. All major LED wall, camera tracking and XR technology manufacturers are present including Brompton, ROE, Lightware Visual Engineering, Mo-Sys and disguise. 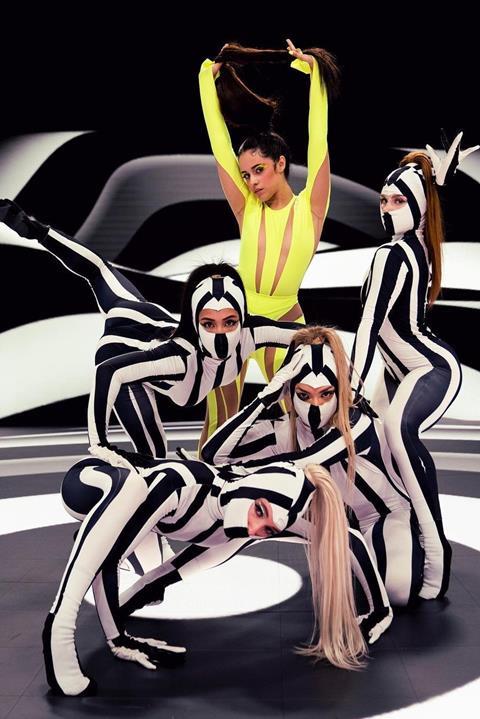 The technologies are the essentially same as used to produce live broadcast mixed reality presentations, and so too are the challenges, the main one being a skills bottleneck.

“We need high-qualified and trained operators and highly technical people capable of making the whole interconnected eco-system from camera to LED screen work,” said Marina Prak, Marketing Manager at ROE Visual Europe. “The technical set-up and complexity of an XR stage is still a bit underestimated.”

Another undercurrent challenging every computer-based hardware vendor is the ongoing disruptions to supply lines, particularly of components originating in China and Taiwan.

Around 120 companies will be making their debuts at the Fira. One new exhibitor is Naostage, an engineering-led start-up that has created the world’s first automatic beaconless 3D tracking solution to aid immersive, interactive live experiences.

Naostage will be joined in the Discovery Zone by Vidable which is building “the world’s most complete collection of AI-powered solutions for enterprise video,” said general manager, Mike Snavely. “Vidable will allow creators and content managers of all experience levels to easily analyse their libraries, enhance production quality and add engagement-oriented enhancements at scale – all with the power of AI.”

The next big development for in the smart home is the deployment of Matter. This is a new protocol intended to help solve current interoperability issues by enabling devices from competing manufactures to talk to one another and automate smart home applications.

Matter’s organising body is the Connectivity Standards Alliance, formerly the Zigbee Alliance. The CSA’s core members are a who’s-who of the smart home world, including Amazon, Apple, Google, Samsung, Wyze, iRobot, Signify and Ecobee. Some Matter-certified products are already on the market, such as Amazon’s fourth-generation Echo.

Thread is one of the key technologies in the protocol. This is a low-power consumption networking protocol that promises to make the smart home more robust. Look for announcements of support from manufacturers at ISE.

It is hoped that Matter will make it easier for systems integrators to wire up smart homes with sensor technology that makes buildings increasingly intuitive, adaptable, and responsive. Specific devices alone such as surveillance cameras and smart light bulbs will see spend on smart home solutions exceed $100 billion globally this year [per Strategy Analytics].

The increased time people spent at home since has resulted in an uptick in demand for dedicated cinemas or media rooms with bigger screens and powered up audio. Similarly, collective home time is generating demand for cabling that enables outdoor lighting and entertainment systems.

Executives from Google, Zoom and Microsoft will gather at ISE to air developments in the smart workplace. Other aspects of the show’s Smart Home Technology conference explores topics like lower energy costs, building control and automation, gaming and how Big Data, AI and digital twin technology are changing the building network landscape.