It would have been a severe disappointment if London Tech Week 2022 hadn’t had the full complement of current tech buzzwords front and centre, but fortunately it delivered these as expected. Quantum computing, health tech, blockchain and AI all featured heavily, but there were plenty of more human high-notes too - a key one being diversity in the tech industry.

According to research released at the event, 68% of respondents believe that gender perception is the biggest obstacle to women entering the tech industry, and stereotyping and lack of support during schooling (60% and 48%) are the biggest barriers to entry for women getting started in tech, although the lack of role models (57%) in the industry is a huge obstacle to entering the sector too. 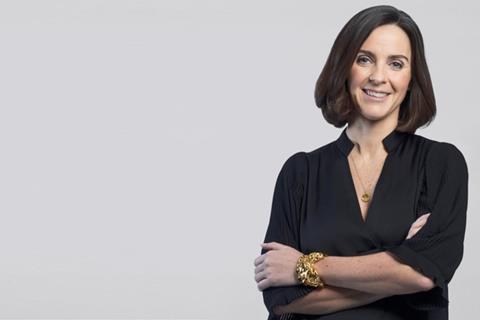 One session focusing on the topic was co-run by Alex Mahon, CEO of Channel 4, who later told London Tech Week 2022 organisers that the aim was to create a practical session for creatives and entrepreneurs, who are under-represented but seeking equitable business investment.

“We were specific today about working out what you need. Is it tax advice, is it legal advice, is it financial literacy? And then educate yourself on what are the groups of people that might provide them to you. So, Goldman Sachs talked today, and called out a set of ways you can get that expertise - it’s not necessarily about mentorship - it’s about that expertise. And then ask for what you want, ask others who are experts for what you need and tap into that knowledge.

“There was a great phrase on the day which was ‘pull up as you go up.’ So as you get advantages, you get opportunities, as you get extra access - make sure that you are doing your utmost to help others pull up, as you go up”, Mahon said.

Inevitably, London Tech Week took pains to set the UK tech industry in a global context, inviting a range of UK Government speakers along to set out their vision of the UK tech ecosystem.

Some figures from these included that UK tech captured more than a third of the total £89.5 billion investment into Europe in 2021 with £29.4 billion raised by UK startups and scaleups. A key point from Government sources was that almost £9 billion of all venture capital invested went into startups and scaleups outside London and the South East, with nine of the 29 unicorns formed in 2021 based outside the capital. Indeed, the Chancellor of the Exchequer, Rishi Sunak, used his opening address to announce a ‘Future of Compute Review’, which will look at the UK’s compute needs from an HPC point of view, with a focus on cloud storage and flexible AI and ML computing.

London Tech Week had many high points, but undoubtedly one of the key highlights was a speech on the power of AI and the importance of tech for change. Unusually, and entirely fittingly, it was delivered via hologram by Volodymyr Zelensky, President of Ukraine, at an event held by Founders Forum.

The creative potential of the Metaverse

On the creative side of the technology coin, there was plenty of conversation around the transformative potential of creative technology businesses, with much interest being directed towards Web3 and the metaverse. City AM quoted Jo Twist, CEO of UK Interactive Entertainment, as saying:

“The UK has been a world leader in creative technology for decades in the form of video games. As we emerge from the disruption of the pandemic, the potential to do the same continues as we look towards the Metaverse.” 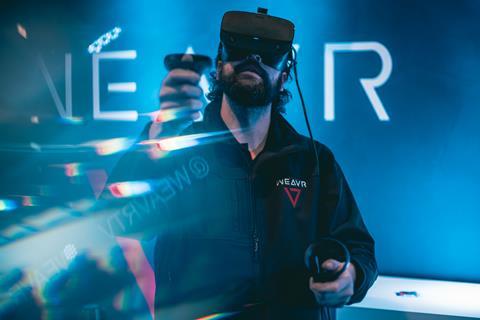 Representatives of Metaverse startups were indeed on hand to discuss how content is changing, and how brand experiences will inevitably follow the trend - as separately highlighted in recent IBC 365 coverage of the DTG session: Taking TV to the Worlds of the Metaverse.

The co-founders of Brytehall and BuzzAR, two startups tightly aligned with the Metaverse, both presented at London Tech Week 2022, and the topic was a recurring one throughout the show, as undoubtedly it will be at the IBC 2022 Show too. A recent report from US financial services firm Citi predicted that the metaverse could have a digital population of as many as five billion people with an economy of up to $13tn (£9.9tn) by 2030.

DAOs and diversity - a vision of the future?

A fascinating insight into part of that digital future at London Tech Week came from The Great Wave, a Decentralised Autonomous Organisation (DAO) that aims to provide a platform that supports artist projects while building a transparent and sustainable model that puts artists back in the driving seat. The presentation by the founding partner of the collective, Charlie Lim, laid out how the underlying technology can offer creatives increased control, and upend the traditional and unbalanced relationship between record labels and artists.

If the London Tech Week 2022 event illustrated one thing, it was that the tech industry in the UK and more widely is in rude health, with enormous innovation and potential inextricably linked to the diversity and creativity of the people involved. In uncertain times, that’s something really worth celebrating.

IBC is where the entertainment and technology industries meet to imagine the future. To see what’s on at this year’s show visit show.ibc.org.