IBC365 speaks with ITV Studios head of sustainable production, to find out what goes on behind the scenes to help turn the islanders into green role models for Gen Z.

ITV’s reality show Love Island is officially the biggest programme of the year on UK TV among 16-34 year olds and is using its influence not just as a clothes horse but as a trojan horse for promoting environmental change. Perhaps that description is unfair given the way ITV now openly declares the show’s sustainable credentials to an audience that seems more than willing to listen.

Love Island returns with series 9, and a pledge for better sustainability

“Love Island is a great example of using a really strong brand to influence an audience about everything from plant-based eating to climate,” said Phil Holdgate, Head of Production Sustainability at ITV Studios. “We know from audience research that there’s a definite appetite for this type of content.”

The ninth season of the reality show began this week with contestants enjoying the winter sun aboard a luxury villa in South Africa. Five million people tuned in to the final in 2022 and the series as a whole was streamed 74 million times and dominated the national conversation among Gen Z.

“Our main audience for this show are the decision makers of today and tomorrow who can help influence how to live life in a sustainable way.”

In 2022, the series ditched its fast fashion image by partnering with eBay, having previously been associated with e-commerce clothing stores Missguided and I Saw it First. 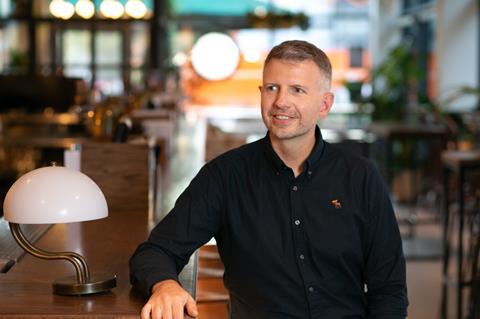 Series 8 saw the first ever ‘pre-loved’ fashion partnership on a TV show. Clothing from eBay’s online second hand marketplace was worn by contestants as they descended on Mallorca to find love (and a social media marketing contract).

“The partnership with eBay has been massively successful,” said Holdgate. “We’ve got really positive feedback. Interest has grown almost organically. Some of the feedback we had was about the way contestants talked about their outfits last season and how they might mix and match items or borrow each other’s clothing, which fits into the wider conversation about a circular economy.”

Announcing its renewed alliance with Love Island, eBay revealed that searched for ‘pre-loved clothes’ on its platform had surged 1,600 per cent from May to November last year when the last series of the show aired. During the same period, Google also saw a 170 per cent increase in searches of ‘pre-loved’.

In addition, the online marketplace said there had been a 24 per cent increase in new circular fashion businesses joining the platform since its Love Island partnership. Further data from eBay reveals that nearly half of UK consumers plan to buy pre-loved fashion this year. Most of those are under 35 but nearly a third are aged over 55. 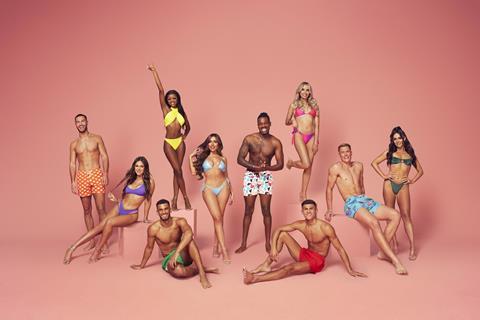 As before, contestants will wear general second-hand items chosen by celebrity stylist Amy Bannerman. In addition, in this run, eBay is also using Love Island to promote a selection of authenticated second-hand trainers as well as items from its Imperfects range which the e-tailor describes as “the fashion equivalent to supermarket’s wonky veg initiative.” These are new clothes sold for up to 60% off because of defects, from streetwear brands including Off-White and North Face.

None of this is preached to the audience – and that’s the secret to the show’s sustainability agenda, explained Holdgate.

“It’s integrated very subtly in a way that I think is far more effective than over emphasising it. It’s just there as part of the show normalising good behaviours.”

Aside from fashion, Love Island will offer contestants vegetarian and plant-based food or show them travelling to trips outside of the villa on a bike or simply walking, whereas in the past this would have automatically meant a private car. 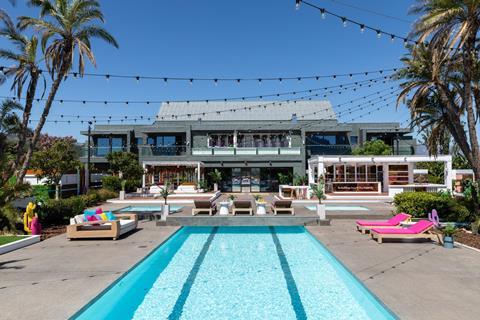 ITV Studios label Lifted Entertainment produces the UK show while ITV Studios also licenses 25 international versions of Love Island and is making efforts to share sustainable best practices between them. The most recent Dutch version was located in Gran Caneria and used hybrid batteries leading to a “massively reduced carbon footprint” - an idea that will be rolled out to other productions.

“Likewise, there are opportunities to share resources and villas which means we can make the set up sustainable by design,” Holdgate said.

Fewer specifics are forthcoming on the carbon reduction of the off-screen production of this current series. While remote production has been used for UK and US versions of the show, notably to continue the show during the pandemic, there is a UK outside broadcast team for this show in South Africa working with a large number of local crew.

“There is an emphasis on the need to use local crew and local suppliers and to bring down the travel element which traditionally make up over half of the footprint of any TV show,” Holdgate said. “There is also pooled transport to and from site, the villa location has 266 solar panels and also has its own borehole for potable water.”

“For last year’s US [version] filmed in Hawaii, the editing crew remained behind in LA and used remote technology, rather than flying out to be physically at the filming location.”

All broadcaster funded shows in UK are required to register their carbon footprint using the albert carbon calculator and Love Island is no exception. Since 2018, the last six seasons have been certified as sustainable productions by Bafta’s body in a process which begins after the show has aired in order to take account of postproduction.

“We have mandated across ITV Studios programming that they have to factor in sustainability for any show from the outset,” Holdgate said. “We’re always having conversations around key decisions with management teams. We want to embed a culture of sustainability across the business so that all shows should just become productions not sustainable productions. My role is to help people with the knowledge and experience to make those right decisions.

Nonetheless, he acknowledges that in the wider industry there is a battle to be won.

“The main challenge is getting people to change because they have to work in slightly different ways,” he said. “That might mean using batteries instead of generator or building sets with cardboard not timber. There are lots of choices people can make but the appetite for risk is not always there. People will do the things that they are comfortable with in order to take the pressure off day to day. The industry battles against that.”