PSBs vs AVOD: Levelling up?

The announcement that Ofcom is in the process of reviewing broadcast advertising rules has caused a stir, with ramifications for all sides of the equation, from broadcasters and OTT streamers, advertisers, agencies, all the way down to the consumer. 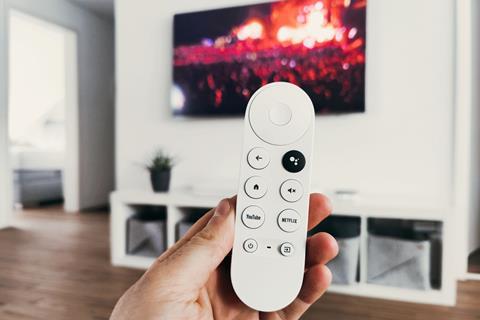 “These rules are complex, with limits in place for public service broadcasters that are stricter than the rules set for commercial broadcasters.

“We have had initial discussions with stakeholders, and we expect to be able to outline our next steps later this summer.”

Ad breaks must not exceed three minutes and 50 seconds and in programmes that last between 21 and 44 minutes there can only be one break. The rules were last changed in 1991 when the main four PSB broadcasters retained 95% of the UK audience.

The threat posed by streaming platforms

The potential Ofcom changes have been widely viewed as a response to the growing competition to UK broadcasters posed by streaming services such as Netflix, Amazon Prime Video and Disney+. Streaming services are able to compete directly with traditional broadcasters for rights and new content, but don’t share the same ad restrictions.

Ian Stevens, Chief Investment Officer, Wavemaker said: “It’s very important that the PSBs have a level playing field with the AVOD providers, and this should go some way to help that come to pass.”

Ofcom said: “We will also continue to engage stakeholders on other relevant suggestions …such as rules on advertising frequency and commercial references in content, to ensure our approach remains effective and proportionate in a changing market.

”On content subject to commercial arrangements, we are conducting audience research to gain a better understanding of attitudes towards commercial references in programmes and views on the potential trade-off between exposure to more advertising versus more in-programme branding. Any changes to our approach on commerical references is likely to be seen as a benefit for all broadcasters. We expect to have an update on this work later in the year.”

However that trade-off pans out, the short term benefit of providing more slots for advertisers would be to lower prices, and that would be of significant interest to an industry struggling with runaway inflation. Rising demand for the slots in the 16-34 demographic spurred inflation to an astonishing 90% in Q1, 2021.

“I do wonder if the [Ofcom] move might have a deflationary rather than inflationary impact, which might not necessarily equate to increased revenue for broadcasters”, continued Stevens. “That said, there will undoubtedly be benefits here for harder to reach audiences, most notably the 16-34 bracket, where increased availability may have considerable upside for PSBs.”

Interestingly, the move comes at a critical point in streamer revenue and subscriber growth, with Netflix announcing another drop in subscribers, losing 1 million subscribers between April and July 2022. This was the company’s first subscriber loss since 2011 and the news triggered job cuts and a share price drop. Indeed, the company has seen the latter drop more than 60% so far this year.

A key strategy proposed by the streaming giant is to launch an ad-revenue funded service, a move that has not been given a specific launch date - although recent rumours have claimed ‘early 2023’ as a likely target. The company has announced that the move will involve Microsoft as a global advertising technology and sales partner, to help introduce a “new lower priced ad-supported subscription plan”.

There are other streamers that have already taken the ad-funded route, including the second largest streamer after Netflix, Amazon Prime Video, which launched Freevee, a rebrand of IMDb TV for the UK just weeks ago.

Meanwhile, ITV has taken the debate and unified it in a surprising twist on the theme, announcing what it claims to be is the UK’s first integrated advertising and subscription (AVOD/SVOD) platform, ITVX, due to launch later in 2022. Certainly in the case of ITV, Ofcom’s eventual ruling on broadcast ad regulations may turn out to be less of a leveller than it might appear from a distance.