Remote Post Production: “Some things can’t be replicated in the cloud”

Remote post production is not only alive and well, but positively booming, according to the panel on the latest IBC Webinar: Remote Post Production.

Although the rise in remote working in general will not come as a surprise to many, especially given the events of the last few years, the range of approaches that come into focus during any conversation on remote post production can be surprisingly diverse. 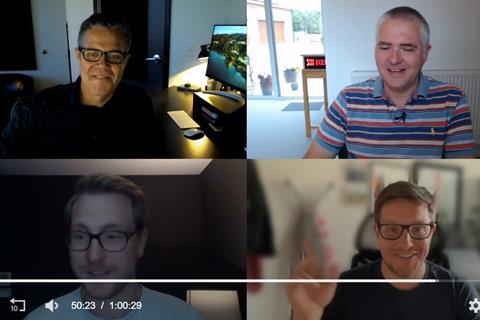 For example, during the IBC webinar, James Bennett, Head of Technical Operations, Post-Production, ITN Productions discussed the post production setup at ITN, and how it has evolved over the last few years. The broadcaster is using PCoIP-based Teradici to connect remote workers back to base.

“We’ve got 30 physical edit suites which are still attended,” he explains. “We have another sort of 30 or so Z4 or Z2 [workstations], which are just rack-based [and] only exist to be remoted into. The editors use their own equipment, because it’s just easier. Most people in the last two years seem to have a home setup in their office, rather than having to send out assets from base. In terms of workflow, they just download the Teradici application and then we do an onboarding process to get them into our system.”

The big compromise of ITN’s current model is that both on-premise-specific hardware and remote access-specific racks are required, increasing the maintenance overheads and capex costs. However, as both clients and staff are currently demanding a hybrid model, it’s not a short term option to switch either off. Of course, there are other pragmatic concerns too as Bennett continues to point out.

“We talked about the offline [workflow], which I think is much easier to do remotely, but then when we get into finishing and we’re doing high end HDR finishing, we’re doing Dolby Atmos, those things can’t be replicated in the cloud.”

Another hybrid remote post production system was detailed by Rod Reding, REL Productions, who operates on more of a cloud-based level, but with a considerable in-house presence.

“We’ve had to take on a hybrid approach,” he says. “We have some clients that love to be in the industry, they love to collaborate, eyeball to eyeball. And then we have clients that are okay with working remotely. So, at this point we accommodate both. It is a little tricky, you’re still holding on to the hardware, and holding on to the brick and mortar suites. But we’re also growing the opportunity to be remote and to reach out and utilise editors that are outside of our metro area.”

REL is utilising a combination of iconik cloud media management, LucidLink cloud NAS, CatDV asset management and Backblaze storage, backed by Google Cloud. There’s also on-premise storage to worry about too: “Our on-prem storage is a Tiger Technology Tiger Box - we expanded that last [year], and we need to double it already. We’ve been shooting 4K, and we’re shooting almost every day. We’re bringing a lot of footage [and] managing a lot of assets, so we’re just trying to stay on top of that, making sure that it’s all properly indexed and organised.”

However, as Reding explains, working directly with corporate video assets has required a flexible approach. “For our top three clients, we’re currently managing some 5,000 video files, which equals about 590 hours of footage. And that’s footage you’re accessing regularly. We’re utilising footage from four or five years ago… Searching for that, bringing it into existing projects for our corporate work. So, it’s imperative that we have access to that footage seamlessly.”

Into the cloud - the virtual experience

Simon Green, Founder & CEO, Green Rock and Edit Cloud also shared some of his industry observations that led to building a product that specifically targets the pain points of remote post production. “We worked very hard to build an entire Post facility, entirely natively in the cloud,” he says. “It’s plugged into AWS storage, but what it enables us to have is complete flexibility.

“I wouldn’t say moving out of the building [we had in Soho] and setting up purely cloud based workflows [isn’t a process that is] without expenses. However, the flexibility and the agility it gives you is brilliant. For example, Green Rock, where we began this journey, was running half a dozen edit suites in Soho, and is now running about 25 or thereabouts. But we haven’t had to buy a bigger building and build more workstations.

“What we found was that we did this [process of virtualisation] to service ourselves, and maybe pick up some extra business along the way. But we also found that bigger global broadcasting organisations were having the same problems exaggerated a hundredfold…”

Quality vs. bandwidth, security vs. accessibility

Inevitably the conundrum of security vs accessibility was explored on the IBC webinar, as was the perennial question of home or remote bandwidth, and the very real impact this has on working in post with higher quality files. 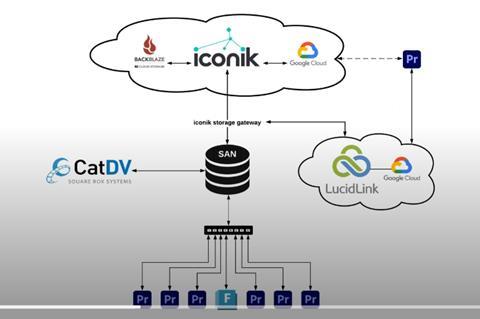 While the use of proxies was also discussed, the desirability of being able to work without such limitations was a key theme, with the overall caveat that - in the main - working in HDR or Dolby Atmos requires a precise studio setup, making the higher end impractical for entirely remote operations. In fact, all three panellists agreed that while the hybrid models of today are still developing (both in terms of workflow and technology), the direction of travel is there.

Ultimately, remote post production will eventually be a practical and affordable alternative to physically visiting an edit suite - just not by tomorrow.

Bennett put the position pragmatically: “I think for the short term, post production is probably going to have to stay where it is [in the studio]. There are some technologies out there that allow us to deliver high bit rates or 4:4:4 streaming. But the problem is on the other end. If people are on home/domestic broadband… I know mine wouldn’t keep up if I started pumping out those kind of file sizes.

“[And] anyone who has put together HDR knows we’re talking tens of thousands of pounds of monitors and scopes. And I don’t think anyone’s going to have those at home and I would certainly feel nervous about putting those in a DHL van or something like that. So, yes. I think it’s quite difficult [to work in HDR remotely] because you do need that accuracy. I’m not sure at the moment we could guarantee that.”

A final word from Reding neatly summarised the future for fully remote post production workflows. “It’s going to happen eventually. Obviously, I’m not a fortune teller. But just from the things I’ve seen over the years doing this, I never would have imagined we’d be where we are today.”