Currently taking place in New Zealand, the 2022 Women’s Cricket World Cup is the 12th edition of the tournament organised by the International Cricket Council (ICC) and promises to offer more diverse, more informative and just more coverage than ever before.

“Generally, it’s the same audience for men’s cricket,” says Huw Bevan, Head of Cricket and Executive Producer at Sunset+Vine, the production partner for the ICC on all its global World Cup events. “As we’re working for a global governing body we’re trying to grow [that] audience, to promote the game, and we’re trying to showcase this event as the pinnacle of the sport.” 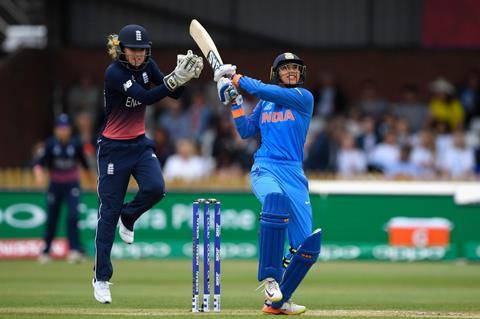 When Sunset+Vine worked on the women’s T2020 World Cup in Australia two years ago, there were over 80,000 spectators at the final, a world record. “The standard of performance was massive and the interest in Australia in women’s sport is skyrocketing,” he adds. “We’re expecting a similar kind of interest in New Zealand, where there’s a historic legacy for women’s cricket. Their teams have been among the three or four strongest that have played the game, so, it should be good.”

Alongside NEP as the contracted equipment supplier, Sunset+Vine has been involved with global cricket events since 2016, when the ICC took its production and host broadcast service in-house.

“It wasn’t that long ago that we were only covering ten of the women’s matches [for broadcast],” says Bevan. “The last Women’s Cricket World Cup [England 2017] was the first occasion where every match was covered. There were different levels of coverage, some as small as five or six cameras, right up to 20 cameras towards the end of the tournament for the finals, but they were all covered.”

“For this [World Cup], everywhere is going to have the same specification: 24 cameras,” he adds. “There’ll be three production crews, and four production ‘kits’ either made up of OB trucks or flypacks which are put together and moved between venues.”

NEP is on hand to provide technical, personnel and kit for coverage of all 31 matches at six venues. Two divisions, NEP Singapore and NEP New Zealand, are in-country for the efforts, with NEP Singapore providing three UHD fly kits, while NEP New Zealand is providing two OB trucks. In total over 75 UHD cameras (including SSM, RF and specialty cameras), 25 EVS servers and other cutting-edge equipment have been deployed to enhance the production.

More than 50 NEP technical personnel are on site from around the globe. They include project managers, tech managers, senior engineers, assistant engineers and riggers, with people flying in from Europe, Germany, Singapore, Malaysia and India to support the project. 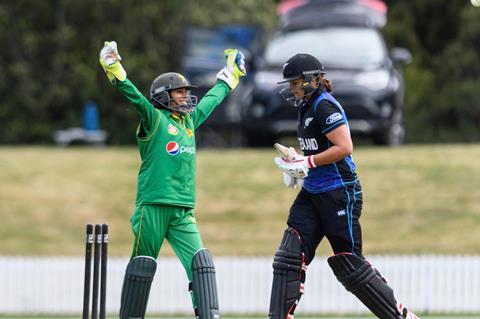 There have been months of planning and preparation which NEP, S+V and the ICC have done as a team.

The growth in production reflects the increasing popularity of the game, although some might say it’s about time, since women’s international cricket was first played in 1934. “It’s startling the way that it has evolved, especially over the last five or six years. It’s been growing steadily,” says Bevan. “It’s fair to say the women’s game used to receive minimal broadcast coverage. Around the mid-2000s there were a handful of matches broadcast, but most were done as a single camera, with highlights for news purposes. It’s only recently, since about 2016 that you’ve really seen a major investment in women’s sport, and the game has grown enormously [in terms of broadcast coverage].”

But not completely. The women’s game itself is played slightly differently and this has been reflected in the way that Bevan and his team approach the broadcast production.

“The women’s game is a little bit faster [than the men’s ODI],” he says. “As a viewing spectacle, it’s that much quicker. Your [production] approach has to be tailored accordingly. We have cameras largely in the same places, but we expect the ball to be played along the floor a little bit more. That’s not to say that there aren’t big hits, and there are extremely powerful women who play the game. But, as a general statement, the game is played slightly shorter and run-ups are arguably more tactical.

“We’re looking to promote the new stars, familiarise people with the teams, the better players, as well as those that come out of the woodwork, the future stars,” Huw Bevan, Sunset+Vine

“We’re having to adapt the way we cut the game, so it mirrors the kind of style of play that’s happening on the field,” he continues. “One obvious lesson is because there’s less time between balls, you’ve got less time for replays. You need to be much more impactful with your editorial, the way that you’re using your commentators and the way you package your content around it. You need to be sitting on top of it and obviously you try to be one step ahead.”

The ICC and its partners are moving ahead with the sport as it develops.

“In many respects, as producers we’re finding new ways of covering the game because it is still relatively new,” he says. “We’re obviously trying to [support] the development of the game. We’re looking to promote the new stars, familiarise people with the teams, the better players, as well as those that come out of the woodwork, the future stars.”

This will be seen during the live match coverage, which is a presented model for the world feed that runs 30 mins before and after the event and includes a host of interviews and other content.

Bevan’s team has put a lot of thought into the editorial and creative packaging. One example is the use of Adobe After Effects to add a prominent stylistic treatment to some events in its live packaging. 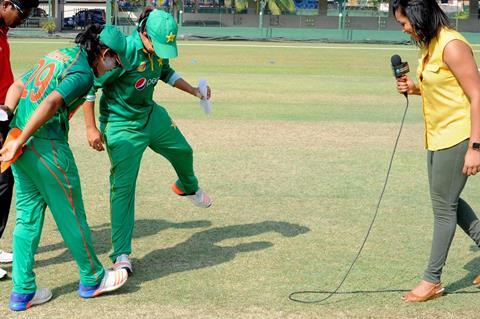 The growth in production reflects the increasing popularity of women’s cricket, which started in 1934

“Over the last two events, we’ve created a series called Hero Landmarks, bringing non-linear craft editing into the traditional OB workflow,” says Bevan. “Before, during and after a match, we’ll have a craft editor create a series of predesigned scenes. When a player reaches a cricketing landmark, which typically is scoring 50 or 100, or maybe taking three wickets or a hat-trick, we would ask the craft editor to make an artistic music package, which we drop when it’s ready. That will be a stylistic touch point that we can use to refer back to the event, and obviously we can drop it in anywhere afterwards.”

“It involves music, some textured photographs, still cut-outs, as well as some behind-the-scenes unique footage of that moment, which we drop into the live coverage as soon as the editor has finished it. If they’ve got their act together, they’ll have done it within ten minutes,” he adds. “Because of the speed required, you need really skilled people, and because of the speed of the women’s game it becomes even more challenging - you’ve just got less time.”

This is all rather different to traditional cricket coverage.

“We’re trying to bring the game to life in terms of its appeal,” Bevan explains. “We’re [talking] to an audience that already likes the sport, but we’re familiarising them much more with the women’s game. We will do a lot of educational stuff about players on the field but also features about icons over the years from the women’s game, players whom maybe people who are familiar with the sport are not so familiar with. We will also be introducing quite a lot of snappy content pieces that will hopefully raise interest and awareness for what’s happening on the field.”

There will also be a lot of analysis, which should “appeal to the cricket purist, as well as the layman viewer”. 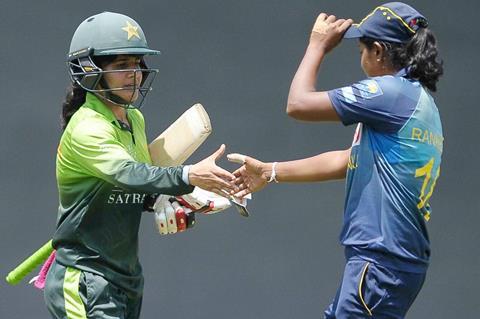 “Cricket by definition is a very data-heavy sport,” says Bevan. “The challenge has always been putting data up to screen quickly and efficiently and in the correct manner, at the right time.

“We’re prioritising that,” he continues. “We’ve placed more emphasis on data for this particular event given the fact that – as a very general statement – people possibly don’t know as much about the players as they do on some of the men’s games. So, we are placing a lot of emphasis on data preparation, on data production, on graphics production and content production, hopefully making sure this data will be a noticeable and informative feature of what we’re doing.”

Bevan says the storytelling aspect is at the heart of the producer’s role. “I would like to think that with this World Cup we will be better prepared, and we will be placing greater emphasis than probably any other cricket event on providing the information, the background and the context of the events that are taking place on the field of play. So, hopefully, come the final on 3 April, people who watched the event will feel much better informed, will have been entertained, and will be much better placed to talk about the sport, and to watch the next series of women’s cricket events moving forward.”