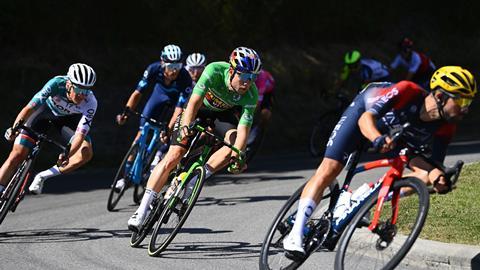 Tour de France 2022: Behind the scenes with the WBDS mixed reality Cube

Behind the scenes at this year’s Tour de France 2022, Warner Bros. Discovery Sports used the Cube studio to enhance its coverage of cycling’s greatest show.

“If you’re not on the edge of your seat enjoying what we’re doing we probably haven’t taken you to the edge of understanding what is really taking place,” says Scott Young, SVP Content and Production at Warner Bros. Discovery Sports (WBDS) Europe. 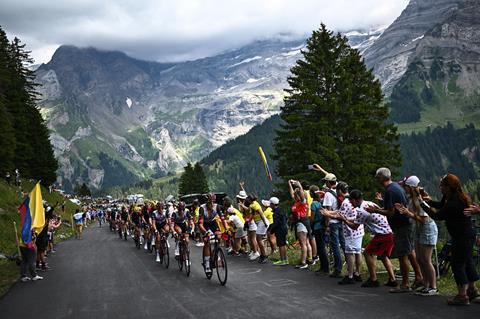 Riders competing on Stage 9 of the Tour de France 2022, with coverage by Warner Bros. Discovery Sports.

Young’s mission is to give diehard fans and newcomers alike the most informative, close up and entertaining experience of sporting action. The current focus is on the Tour de France 2022 (TDF 2022) which is not only the jewel in world cycling’s crown but arguably the broadcaster’s most prestigious event.

“Cycling is synonymous with Eurosport and this is the 30th anniversary of the Tour on Eurosport,” says Young. “As sports producers, every year you look at how you can innovate your coverage. It is very important for us that the cycling fan knows we are the home of cycling and that we’ll find the best talent and the right technology to tell the story of the competition, the teams and athletes over 25 days and 21 stages.”

The Tour he says is an extraordinary sporting event. “Even if you’re not a cycling fan you know the Tour is a classic cycling race and an amazing tourism postcard. So, when we look at the scale of the event, we are asking ourselves: how do we explain cycling to those more casual viewers who probably don’t know the intricate detail of how it works?”

This is where the mixed reality studio Cube comes into its own.

“What we do in a day boggles the mind”

Debuted at the Pyeongchang Olympics, the Cube has evolved over successive tennis Grand Slams and Olympics into a highly sophisticated and reliable tool that is the centrepiece of WBDS’ Tour de France coverage.

From July 1 to July 31, an entire month of production covering both the Tour and the first edition of the Tour de France Femmes is being broadcast live with the Cube – the longest running single production the studio has been used on.

“Eurosport is the world’s most complex sports broadcaster,” Young claims. “What we do in a day boggles the mind. The complexity of how we deliver a sport across our 50 markets is extraordinary.”

”When riders are ‘teleported’ into the [Cube] studio they know it’s a safe environment in the company of experts.”

Host feeds originating from tour organiser Amaury Sport Organisation (ASO) are ingested into Eurosport’s production facility in Paris, where a broadcast team manage the process of getting coverage to air in 19 languages (with 19 race commentaries).

The Cube studio floor space is leased from IMG at Stockley Park, but the Production Control Room (PCR) is in Discovery’s HQ in Chiswick.  Eighteen production staff run the Cube operation (between both London sites); another 12 sit across the data operation in Paris and another 20-crew travel with the Tour.

Young says, “You still need the expert talent to maximise use of the Cube otherwise all you’ve got is an interesting LED screen.”

‘Teleporting’ athletes into the studio

A key feature of the Cube is the ability to present live interviews between studio and athletes. This ‘teleportation’ requires a chroma key facility on site for the athlete with the video streamed directly into the Cube via Epic Games Unreal 5 – the first time this version of the games engine has been used in sports broadcasting. 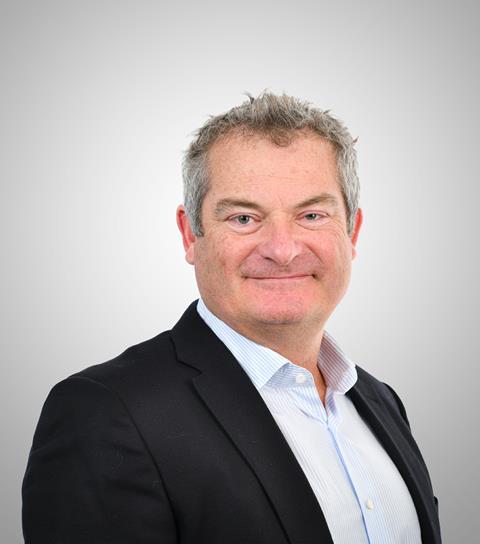 “Unreal’s processing speed is greater than traditional TV graphics systems because it can process volumes of data. You can have an athlete appear as if they’re standing in the Cube. In the early days, we created a teleportation graphic (a hologram that revealed the person much like the transporter in Star Trek). We’ve stopped doing that because we realised that is the only reason you know the person isn’t there.

“Generally, viewers aren’t really focussed on whether the athlete is physically there or not. They are much more interested in the genuine one-on-one rapport with our talent.”

He says that some of the biggest tennis stars in the world will walk directly into the green screen studio on site (at major tournaments) “because they know it’s going to be an entertaining interview and they trust the technology.

“It’s the same here. When riders are ‘teleported’ into the studio they know it’s a safe environment in the company of experts.”

Our biggest challenge is…

For this year’s Tour and Tour de France Femmes, a raft of new innovations, augmented reality analysis tools and unique virtual backdrops will enhance the viewing experience even further.

An ‘inclinometer’ feature will be introduced, a 3D representation bringing to life the gradients faced by the peloton. New technologies within the Cube environment will also showcase some of the finer, tactical nuances of the sport such as echelons and time trial setup.

“Understanding the topography of an event [on] the scale of the Tour is a challenge,” says Young. “TV tends to flatten topology out, slow everything down in motorsport or dim the real noise and atmosphere of a tennis final. Trying to bring the enormity of what the athletes are actually up against into our studio is the biggest challenge we face.

“We’ve done a lot of work with graphic design to help the audience understand what is going to unfold. It’s not just showing a yellow line wandering through a Google map but illustrating that today’s climb is so tough most people couldn’t walk up it let alone cycle it. We need our audience to understand what a superhuman feat it is to go on Tour and every day climb these mountains.

“The inclinator is important to show, for instance, the rate of descent, which can be as much of a challenge for riders as uphill, particularly in wet weather.”

The 109th edition of the Tour de France started in Copenhagen with the individual time trial before moving to France and Switzerland and culminating with the General Classification honours being awarded at the final stage on Paris’ iconic Champs Elysees on 24 July. Every minute is available to watch on discovery+, Eurosport and Eurosport App and partner site GCN+.

The Tour de France Femmes starts on the 24th at the Eiffel Tower and ends a week later at La Planche des Filles in eastern France.

“We don’t need to over cut the host feed,” Young explains. “We get one of the world’s best sports’ coverage by ASO and we have a fantastic working relationship with them that allows our teams to talk to the riders at the beginning and end of each day. During the race it’s how close can we bring the viewer to the action through the screen.” 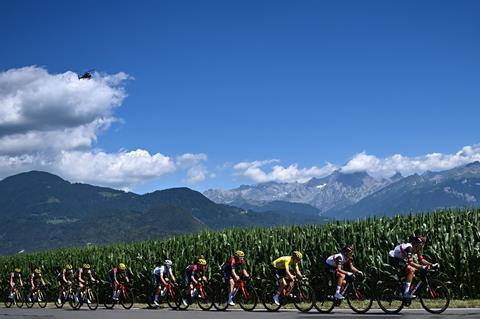 Stage 9 of the Tour de France 2022 takes riders from Aigle to Châtel and was won by Bob Jungels (AG2R Citroen).

Returning to give expert opinion from the heart of the race itself is Sir Bradley Wiggins. Along with fellow ex winner Alberto Contador he broadcasts live from a motorbike following the peloton. Former road racing pro Iris Slappendel will report from inside the peloton throughout the eight-stage Tour de France Femmes.

“This is where the audience expects to go in sport,” says Young. “They want to be on the field of play. They don’t want to be in the grandstand anymore from a television viewing perspective.”

In this respect, Young is excited about the introduction of team radio conversations between cars and riders, similar to that between drivers and teams in F1. ASO are testing this during the Femmes with a view to deploying it at future Grand Tours and next year’s Tour de France.

“If I were to choose a piece of innovation I would love to see everybody develop – and we’d be happy to do this hand in glove – it would be to get cameras on the bikes or riders. As technology gets lighter and less intrusive, which might be thanks to 5G, then to be in the middle of the peloton or a fast descent, would be an extraordinary piece of television.”

After this year’s race the Cube is being packed up and revamped with new LED screens in time for the Australian Open 2023 but the technology “will see a big leap forward” ahead of the Paris Olympics 2024.

For more about the Cube and what it’s capable of, read IBC365’s look behind the scenes at the Tokyo Olympics.