HDR: Stepping into the limelight

HDR, which recreates an image that’s close to what we see with the human eye, is gaining traction in the broadcast environment, says INSIGHT TV CEO Rian Bester.

There’s no doubt that HDR is the buzz phrase in 2017; it’s certainly making a huge impression. But why is it so important and what difference does it make to the industry and to the consumer? 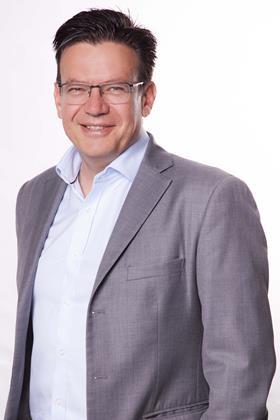 In basic terms, high dynamic range (HDR) means a greater range of brightness levels, the blacks within a picture become darker and the highlights much brighter, recreating an image that’s very close to how we see with the human eye.

But HDR is more than just a dynamic range.

”HDR is a key driver for UHD and the simple reason for this is it’s something that the consumer can clearly see.”

This increase in picture depth is key but there are two additional elements bundled under the HDR label.

The first - wide colour gamut (WCG) - allows more colours to be displayed. With an HDR picture this can particularly be noticed in the reds, greens and yellows, which display much more vivid colour variations.

The other element is high frame rate (HFR), which provides much smoother viewing during fast motion scenes.

When you put these elements together and watch a programme in HDR, the picture really pops and becomes much more realistic and lifelike for the viewer.

HDR is being heralded as more significant than 4K UHD, but why is this?

HDR is a key driver for UHD and the simple reason for this is it’s something that the consumer can clearly see.

With UHD if viewers aren’t looking at a big screen they say the picture looks great but so does an HD image. If you put an HDR picture next to an SDR picture, regardless if that’s on a mobile phone or a 55-inch TV screen, there’s no doubt that there’s a difference and consumers will clearly see that. HDR combined with UHD is accelerating adoption because of the upgraded user experience.

The arrival of HD then 4K UHD and now HDR has seen broadcast technology accelerating at a fast pace. If you look back at our parents’ generation, they probably kept their TV for ten or 15 years.

In some parts of the world people are changing their TV in less than three years, significantly speeding up the consumer cycle. Also, when we upgrade our TV we want something new so there’s a continuous pressure on consumer electronics manufacturers to enhance and entice consumers to switch to a newer device. 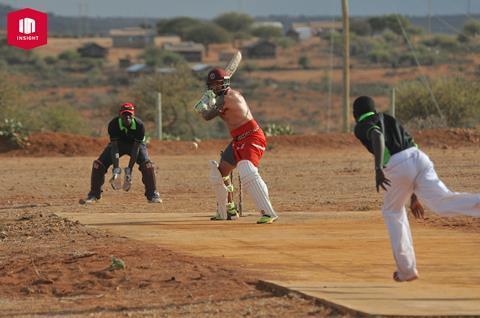 Beyond the Boundary: INSIGHT TV series in which Somerset county cricketer Pete Trego travels around the world to meet passionate players and supporters of the game

Some argue that this constant push for new technology is putting pressure on an industry that’s already overstretched.

There are already growing calls for a pause in the process in the film industry and the TV industry has similar pressures.

Blu-Ray disc players and OTT platforms such as Netflix and Amazon have been a driver for HDR.

This is because both technologies have two-way communication and can deliver both HDR and SDR versions to the consumer.

The Blu-Ray disc technology and the streaming service technology know what type of screen the consumer is viewing content on and provides the correct version for that device. This two-way communication is provided by metadata-based standards such as HDR10 and HDR10+.

In the traditional broadcast environment, the complexity and the constraints are higher and therefore it’s taken longer to implement HDR. When channels are distributed over satellite the broadcaster has no control over what the end device is.

Also, given the cost of bandwidth it’s not economically viable for broadcasters to send an SDR version and an HDR version.

For its linear global 4K UHD TV channel, INSIGHT uses the Hybrid-Log Gamma standard (HLG) developed by the BBC and NHK broadcasting networks, which provides an HDR format for live video. HLG enables a single version of the content to be distributed, which is then interpreted by the receiving device.

Some parties have argued that HLG is less optimal than the other four current HDR standards but studies carried out recently by the EBU have shown that consumers in a blind test could not distinguish which version was the dedicated metadata version and which was the HLG version.

INSIGHT TV is one of the early adopters of HDR and is now shooting the majority of its content in 4K UHD HDR delivering an ultimate future proof (as much as you can) native HDR master.

A full HDR workflow is key because HDR can’t be fabricated in the post production chain.

There are algorithms and tools that create pseudo HDR, which means that you take content that wasn’t originally generated in HDR and remap the colour space to HDR increasing the highlights to simulate the effect, but it’s never as good as doing it natively.

HDR has stepped into the limelight and its adoption in the broadcast environment is gaining traction.

The six-million-dollar question is when will we see HDR in the mainstream?

2017 has seen the acceleration of UHD in general and HDR is a key part of that. TV screens from the big manufacturers are now HDR-capable. Last year if you went to an electronics store you would have struggled to find an HD screen because everything was UHD and 2017 models from manufacturers including Sony, LG, Samsung and even the smaller manufacturers have all implemented HDR.

If you haven’t got an HDR screen yet then you soon will have!

Rian Bester is Chief Executive of INSIGHT TV which creates and delivers 4K UHD HDR programmes via its 4K UHD SVOD platform to subscribers globally or via iOS and Android devices using the INSIGHT TV App.