In reality, the future’s artificial 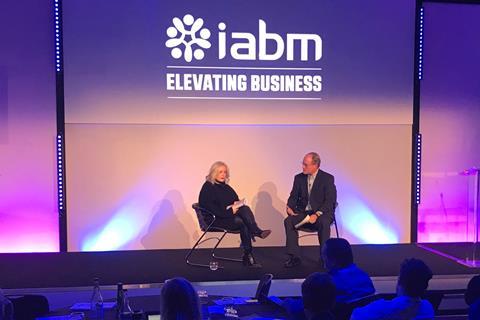 Tony Emerson, Managing Director, Worldwide Media and Cable at Microsoft, interviewed Lisa Perrin, Endemol Shine Group’s CEO of Creative Networks to give the audience at the IABM Annual International Business Conference a fascinating insight into how Endemol Shine Group is beginning to deploy AI as part of the creative production process.

While Endemol Shine Group has an outstanding portfolio of global hit scripted and non-scripted programmes including MasterChef, Big Brother, Deal or No Deal and The Island.

Its drama portfolio is similarly international and diverse, with worldwide hits such as Humans, Bron, Peaky Blinders, Black Mirror and Broadchurch. In 2016, Endemol Shine Group produced more than 800 productions, in 76 territories airing on 295 channels around the world.

“Endemol Shine is a hotbed of creativity,” said Perrin.

“We’re obsessed with both the scripted and non-scripted pipeline; formats that can be adopted all over the world really are our lifeblood.

Emerson said: “We talk about AI and it’s not really about automation – it’s really new insights and new ways of looking at content – expanding the value of what we do and giving us insights rather than just making it cheaper or faster.”

Perrin underlined the extent to which she believes technology such as AI will influence creativity.

“For me, as a former producer and executive producer of programmes, AI and the cloud is going to revolutionise television.

“In terms of creativity and we can show, what we can offer, the stories we can unlock – and the journey we’ve started on with Microsoft on Big Brother has really proved to us what an amazing advantage it is. It’s not about cost-cutting or optimisation, it’s about being able to tell great stories in a totally different way,” said Perrin.

“With Big Brother now 18 years old, we were looking at it as a kind of heritage – it’s one of our juggernaut brands – we were looking to reinvent it and what we could bring to our customers, the broadcasters, to make it fresh and new, and rebrand it.

“We were still making it the same way we did 18 years ago – and we started working with Microsoft in Holland on how we could really interrupt the workflow and make the show look better and actually overlay cognitive services via the cloud. 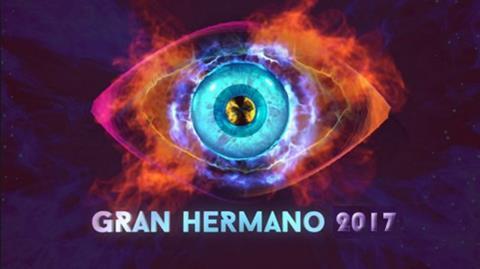 “We tested it in Spain earlier this year and it really worked. Next year we’ll be rolling it out in other Big Brothers around the world – it’s something we’re really excited about,” Perrin explained.

“At the end of every day you already have facial recognition automatically generated transcripts, volume and heartbeats…” said Emerson.

Perrin explained how Big Brother is currently made.

“You have 16-20 people locked in a house for up to five weeks, being filmed 24/7. You have a gallery which is 24/7 with at least five to ten people in there looking at the camera runs and the stories coming out, a team of loggers, with logs – often on paper – delivered to the edit suite and there’s a pyramid of edits with up to 30 running at any one time. It’s a big old beast – and that’s just the daily show in the UK. You also have digital shows, the live bits, so it’s a very big programme.

“What we’ve done is put new automated 4K Panasonic cameras in the house so we don’t have to over-light and we can get rid of the camera runs.

“The cameras feed into a really neat gallery device on which you can click on each camera and decide where you go. We’ve automated the sound and all the logging is via the cloud – logged automatically; the facial recognition goes straight into the edit.

Security in the cloud

“Security is something we’ve all talked about and there are things we don’t necessarily want viewers to see – and nor do they! So security and data management is really important and we’re confident.

”It feels better than where it as at the moment – in random edit suites. With the cloud it’s in one place and we know where it is and it’s secure. It’s a much better management system for the assets. We’re better off having it all in one place in the cloud – it’s much more secure.”

“The other great advantage is that we can have a house anywhere in the world and we can edit wherever we like. For example, the Big Brother house could be in Australia, and the editing in London. And we can roll this workflow out into lots of other formats. For instance, we make The Island in Panama, which is expensive – we could now shoot in Panama but edit back in London.

“Cognitive services can be used to automatically identify – for example – attraction, by picking up a raised heartbeat via a Fitbit. In addition, we’re developing an App with Microsoft that offers fans the ability to follow just one character.

“It’s about giving super-fans the ability to interact with characters and storylines in a way they’ve never been able to before. It’s absolutely impossible to engage a teenager with linear broadcasting – apart from with sport. We think this new App will really engage that key 16-24-year-old age group in the same way they interact with social media,” said Perrin.

“Will automatic translation be helpful to you?”, Emerson inquired. “There are definitely advantages on the drama side from being able to instantly translate in the cloud,” Perrin responded.

For Perrin, cutting the load of manually logging hours of clips – particularly footage recorded overnight, would be a major gain. “We believe cloud machines can pick up sensitively what activity is going on in the night – whispering and indeed any kind of activity - and take that activity and deliver it into the edit.

“So instead of an edit producer turning up in the morning and thinking ‘I’m going to have to plough through 10 tapes to find maybe just one little bit of activity’, the computer has already delivered that into the edit suite ready to be edited. In terms of timescales, it is really going to make things an awful lot easier,” Perrin said.

“Will AI find its way into other Endemol Shine productions?” Emerson enquired.

“We use Big Brother as our testbed because it’s a really hard show to make – we show it around other formats and they really see the possibilities. They’re incredibly excited about where this could take their programme making. AI is also great for looking scripts or finding talent – Netflix does this, which probably explains why they are up for 92 Emmies!

“We’re interested in testing this with our scripting companies. For really production intensive formats this new approach will enable us to roll it out in a far better and cheaper way – but it looks better too and it’s a better experience for the people in the documentary and the viewers too.

”We’re also looking at using consumer feedback to drive projects; for example, we could allow their feedback to guide us to lock the fridge on Big Brother so the character can’t eat that day! Less so on scripted – we work with eminent writers and to take away their creative licence is a big step to take – we’re not there yet.”