The iPhone’s position as the go-to device for mobile journalists could be under threat by the Huawei P30 Pro, thanks to the latter’s “phenomenal” camera. 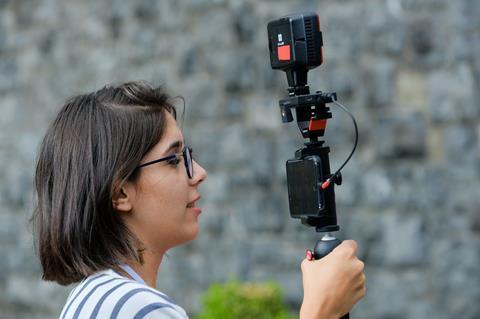 Apple’s iPhone has tended to be favoured by journalists who use a mobile device as a newsgathering tool for video due to the ubiquity of the handsets.

Apple’s control over both the hardware and operating system has also created a more consistent environment which in turn has enabled the creation of more high-end apps.

Proponents of Android devices point to powerful batteries, greater - and cheaper - storage and more competitive prices, but it is the release of the Android-based P30 Pro that could be the “inflection point for mojo,” according to Glen Mulcahy, the mobile journalism (mojo) expert and Mojofest managing director. 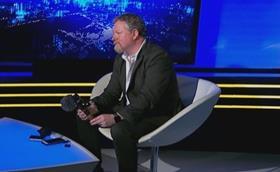 Mulcahy told IBC365 he has been trying to get the concept of mobile reporting on the mobile technology manufacturer’s agenda for years.

Setting itself apart from the iPhone, the Huawei P30 Pro is capable of 10 times lossless zoom for clearer and crisper images, while the iPhone XS Mate has a dual-camera with a smart high dynamic range (HDR) feature. It has two times optical zoom and a digital zoom up to 10 times.

Mulcahy met with Huawei ahead of the P30 Pro launch however, explained the Chinese manufacturer business strategy is to drive volume in order to compete with Apple and Samsung.

Mulcahy explained they were “intrigued but not driven” by the demand and opportunity for the mojo community.

He said the Huawei P30 Pro entering the market makes it a very competitive offering with its price of €999 and could potentially “kick Apple out of the arena.”

Mulcahy added the P30 is a slightly different proposition from the P20 however the shallow depth of field and depth sensor allows smooth video capture and its portrait fields in real time is “phenomenal.”

The P30 Pro, which was launched at an event in Paris on 26 March, received a software update earlier this week to enable dual-view camera mode.

The feature was announced during the launch of the phone however the update yesterday has now reached users where the multi-cameras stack two videos next to each other, recording through the primary lens and the secondary lens with a zoom.

Despite considerable advances in mobile technology, not just to image capture but also enhanced user interfaces, increased storage and more powerful processors that make them more capable tools, Mulcahy said there was still a reluctance to the use of mobile devices by some broadcasters.

Referring to the P30, he said: “The absence of zoom is no longer an issue…it’s harder and harder for broadcasters to resist.” 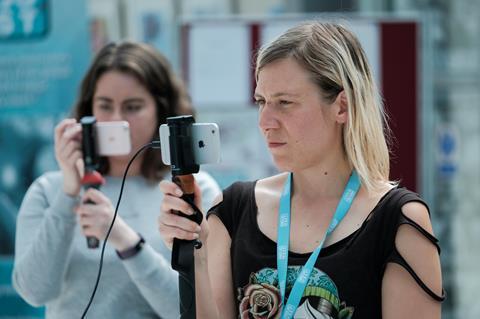 Mobile journalism: “Is the way to go forward,” says Bromwell

Mobile technology has been embraced by RTÉ, the BBC and Canadian Broadcasting Company among other independent reporters to capture, edit and share stories using entirely a smartphone.

For the past six years RTÉ mobile video journalist and digital content editor Philip Bromwell along with his team at RTÉ have used mobile phones to produce and create content.

He said: “If I want to publish on the spot, it is my weapon of choice and for the first time ever we are seeing the public doing this with these devices.

“It is incumbent for newsroom and publishers to acknowledge it is the way to go forward…there are limitations but essentially you are increasing the scope of newsgathering with more cameras in play, to cover more stories and different stories for different platforms, which increases the quantity and quality.” 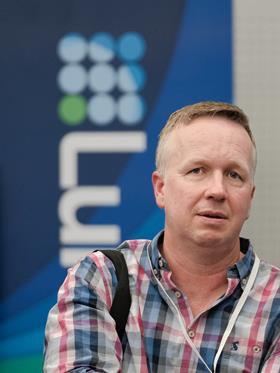 Bromwell, who typically uses an iPhone, added: “I am at the point I think I should be using an Android device to understand those workflows and understand how those devices work differently; not everyone I work with or train with will be using an iPhone.

“Android users are growing and a lot of what we teach is transferable, so you need to understand the potential of the device…I think the iPhone is still the go-to device in Western newsrooms, however developing regions including India, the Middle East and far East are favouring Android.

“We all know the sheer competition in the smart phone market with every new model and device singing praises of the camera, it is difficult to decide which one to go for.”

The possibility of the Huawei P30 Pro

Wytse Vellinga, a mobile storytelling trainer and news reporter with Omrop Fryslân, a Netherlands-based broadcaster which serves the Frisian community, told IBC365 when he started out as a mojo the limitations included audio and microphone quality as the ability to shoot in the correct resolution and frame-rate.

Vellinga added: “What we have seen in the last couple of years is that these limitations are quickly disappearing.

“The big microphone brands have all stepped in to try and get a share of the smartphone filmmaking market and the same goes for all the other accessories. The phones are getting better and better, especially the Android phones.

“There are a number of Android phone builders that are really trying some innovative stuff in both their hardware and their software with the cameras are improving quickly.

“For example the zoom possibilities of the Huawei P30 Pro look very impressive and the video capabilities of companies like Samsung and Sony are also improving really quickly within their stock camera apps.”