Convergence at IBC: IP integration and a future with robots 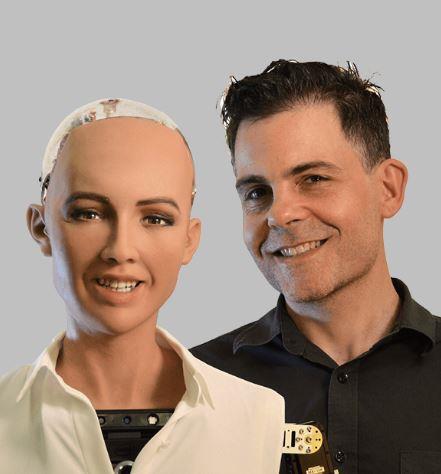 IBC continues to grow, reflecting the continuing evolution of the media landscape. Chief Executive Michael Crimp told a press conference Saturday morning: ”Technology underpins everything we do at IBC.”

Crimp explained traditional broadcasting is central to IBC, and that technology change creates great opportunities. From 5G trials to 4K and 8K and the march to IP, IBC pivots around the dynamic media landscape.

“High-resolution delivery technologies drive change and drive growth,” he said. ”There’s lots of video in adjacent markets – but they don’t know what the killer applications are. That’s why they come to IBC. We’re trying to evolve and grow as the industry evolves and grows.” 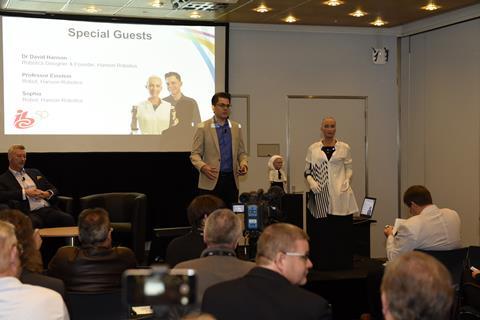 Sophia told IBC365 her favourite topic of conversation was what other robotic companies were up to. Hanson admitted Sophia is child-like and still learning – however his aim is to create intelligent robots to coexist with humans.

Full bandwidth interface is still under development, Hanson explained. Ultimately, the ethos behind Hanson Robotics is to bring robots to life using advances in technology, to eventually have robots connect and work with humans in an ethical and smart manner.

“How do we create artificial intelligence that exceeds human intelligence?” – Dr David Hanson

Hanson’s aim is for people to “view robotic technologies with the ability to adapt, be creative and be intelligent”. Sophia and Professor Einstein are the embodiment of this concept.

Hanson said the impact of the evolution of AI demonstrates the possibility of applying AI to a future where humans and robots coexist.

Dr Hanson, Sophia and  Professor Einstein will speak in Tech Talks Keynote. The Future with Robots that Are Like Us

IBC Exhibition Committee Chair Roger Thornton discussed the vital role of the IBC exhibition and shared 2017’s record exhibitor space, reaching 53,000 square metres. The exhibition space has increased 800 square metres over 2016 with over 1,700 exhibitors, 264 of which are new companies.