From the auction of Sky, to the rising interest in 5G and growing adoption of AI, IBC’s owners share their highlights and reflections of the last 12 months.

As 2018 draws to a close IBC365 spoke with leaders of the six owners of IBC who shared their industry milestones and their organisations’ achievements. 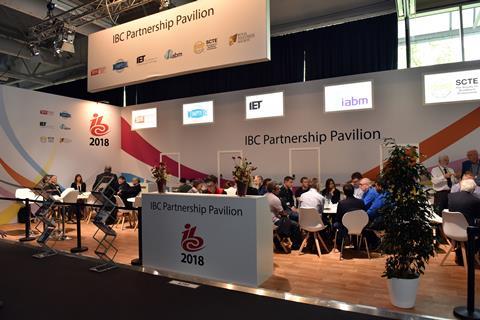 Six leading international bodies – The IABM, IET, IEEE, RTS, SCTE and SMPTE – are IBC’s owners, representing both the exhibitors and visitors that gather in Amsterdam every September.

In April this year the IABM launched the BaM (broadcast and media) Content Supply Chain, an industry analysis model that was developed to reflect the technology advances and fast-paced change affecting the industry.

IABM Chief Executive Peter White said during 2018 there had been a coming together of manufactures, content creators and technologists.

He said: “The industry is beginning to fit together as part of a continuum rather than a set of separate entities in a ‘product supermarket’.

He said the industry is now interdependent and stressed the importance of “working together collaboratively as never before to guarantee all our futures”.

AI and ML
This year there was a shift in the technological implications of artificial intelligence (AI) and machine learning (ML), with greater interest and adoption and people understanding the algorithms and impact of implementation, explained IET Group Financial Controller David Bunyan. 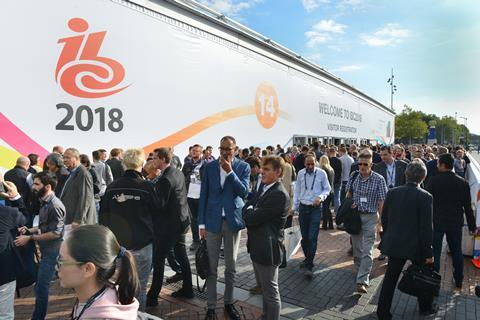 He said: “The suspicion and mystery around AI applications lessened this year with some good business cases showcased at IBC and experts debating the cyber security technology implications.

IEEE President Bill Hayes pointed to the deployment of next generation broadcast standard ATSC 3.0 in the US and South Korea “[This standard] provides an opportunity for what may be a renaissance of terrestrial broadcast distribution which will include mobility,” he said.

Hayes noted that the success is dependent on the successful implementation of business cases that take advantage of the capabilities of what new technologies enable as well as audience acceptance and adoption.

He added: “The other standout is IP infrastructure moving into the studios and content creation facilities displacing the SDI infrastructure that has been in place for decades.

“This brings a new model for real time operations and will require new skill sets for the engineers that implement and maintain the systems as well as new workflow for the people creating the content.”

Acquisitions and advances
RTS Chief Executive Theresa Wise said the standout industry moment for 2018 was Comcast outbidding Fox in the auction for Sky which she described as “extraordinary” for the industry as a whole as well as a nod to the level of talent and value Sky attracted.

She explained: “It was an excellent outcome for Sky and particularly the management team despite the drawn-out process; it was a huge endorsement for the organisation.” 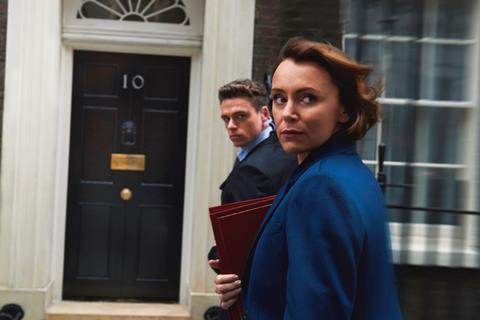 Looking at the successful produced in the UK in 2018, Wise highlighted BBC programmes Bodyguard and Blue Planet II, ITV’s Love Island as well as Channel 4’s Derry Girls which all showcased the creative and craft expertise in the UK, with Wise also drawing attention to the writing talent.

SCTE Chief Executive Roger Blakeway said the “major mergers” occurring across the industry will see involvement from big data firms joining with Amazon and Netflix to contribute to the changing content everywhere ecosystem as well as with telcos which offer a competitive position as the lines between carrier and content provider merge.

In addition, Blakeway noted the 5G movement as “very interesting”. He said: “Pure telcos are not interested in production ownership but it’s likely we will see mergers with third party providers to ensure they stay competitive in the business. “We will see the balance shift as the infrastructure to provide capacity change and companies like Vodafone will take over.”

The publication of further SMPTE ST 2110 documents in a standards suite that offers broadcasters, producers and professional media technology suppliers tools that are essential to working in the IP realm was SMPTE Executive Director Barbara Lange’s standout moment for 2018.

She said: “The impact of SMPTE ST 2110 goes beyond replacing SDI with IP as the standards suite provides media professionals with flexibility to develop and implement a whole new set of applications that leverage IT protocols and infrastructure.”

What was your organisation’s 2018 highlight?

IABM, Peter White
2018 saw the IABM launch a number of new initiatives from a new Industry Advisory Board to produce strategic analysis and reports as well as its BaM Content Chain model which is anticipated to be widely adopted in 2019 and beyond.

White said: “This new model recognises a fundamental shift in the structure of the entire industry, which has transformed from a ‘push’ to a ‘pull’ model with the end-consumer at its heart.

“It underpins the streamlining of a modern content supply chain to deliver content from creator to consumer efficiently across multiple formats and platforms and it has proved itself to be a robust, extensible model which takes account of the infrastructure in which we all work.”

IET, David Bunyan
One of the IET’s main strategic objectives is to “drive innovation and insight in engineering and technology to solve global challenges”.

Following two years of development activity, the IET introduced Inspec Analytics in 2018 which is an advanced analysis tool for researchers that allows insight in to the IET’s physics and engineering database of over 17 million records.

Bunyan said: “Inspec Analytics will allow users to interrogate the database to discover new relationships, collaborative opportunities and technical innovation that will encourage the effective advancement of global research efforts to positively engineer a better world.”

IEEE, Bill Hayes
Hayes explained one of the highlights from 2018 was the sheer number of members and growth globally that led to the development of the ATSC 3 standard.

“Another highlight has been our work in doing presentations and conference sessions on 5G and explaining what the technology is really all about.”

RTS, Theresa Wise
2018 saw the RTS host a calendar full of events from its London Conference with actor David Lynn and Viacom President James Currell delivering keynotes to the celebration of its 90th birthday with special guest Prince Charles at the ITV Studios on Southbank in January before the facility finally closed its doors.

“Paying homage to the studios was something special,” Wise added, “Our Patron Dinner saw new RTS fellowships awarded with notable experts and bursary students the opportunity to networks and meet.”

SCTE, Roger Blakeway
The SCTE successfully participated in show and lectures throughout 2018. To honour its legacy, SCTE management also looked to the future with a focus on its current members and the opportunities it offers for training accounting for the different view of future members.

Blakeway said: “The core training materials have been regenerated and our views and expertise now expand to support telcos and 5G enthusiasts to traditional senior engineers and the technical aspects of the industry.”

This year the Society’s executive leadership announced the completion of a strategic business plan, with its mission to guide SMPTE into becoming a more agile organisation with greater resources for individuals as well as organisations within the motion picture, television and digital media industry.

Lange added: “The plan reflects work done in numerous organisational meetings to examine the Society and to review and refine our statement of values, our vision, our mission, and our strategy going forward.”