Immersive technology: A unique opportunity for the industry

The broadcast industry has been experiencing a tremendous transformation since the arrival of the Internet, and digital convergence has become a reality, writes Genelec R&D Director Aki Makivirta.

The way media content is created, produced, distributed, shared and consumed has been undergoing a huge change. User’s habits have radically shifted and social media, as well as personalized services, have become popular. 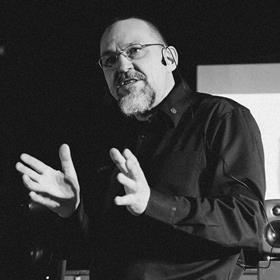 While traditionally broadcasting services were offered by specific organisations and companies with a well-established business model, currently the line between the traditional broadcasters and IT-based companies has blurred.

Content need not necessarily be distributed over the air with dedicated closed networks, since IP and mobile systems have become a significant distribution channel for media content. This has been also visible on the floors of the broadcast trade shows, where mobile and IT manufacturers have recently become actively present.

Immersive audio formats not only surround the listener, they also encircle them in the height dimension too. One way to understand the capability of an immersive audio system is to describe how many height layers an immersive playback system offers.

The two-channel stereo and conventional surround formats offer only one height layer; this layer is located at the height of the listener’s ears, with all loudspeakers located at equal distance (in terms of acoustic delay) from the listener and playing back at the same level.

The channel layouts for immersive formats serve several purposes. One target is to create envelopment and a realistic sense of being inside an audio field. One height layer alone cannot create this sensation sufficiently realistically, because a significant portion of the listening experience is created by the sound arriving at the listener from above. The extra height layers of a true immersive system enable this, and therefore add a significant dimension to the experience.

The second aim for immersive systems used with video is to be able to localise the apparent source of audio at any location across the picture. This is the reason why the 22.2 format has three height layers, including the layer below the listener’s ears: the UHDTV picture can be very large, extending from the floor to the ceiling, and the audio system has to support localizing audio across the whole area of the picture.

Immersive sound monitoring is gaining momentum at increasing speed, and several systems are competing for dominance in the world of 3D immersive audio recordings. The front-runners are now the cinema audio formats, who are trying to increase their presence in the audio-only area and enter the television broadcast market too.

Whereas the cinema industry is always searching for the next ‘wow-effect’ to lure the audience from the comfort of their homes into theatres, the growth of immersive audio has been slightly slower in the world of television.

But the pace is now picking up, with several companies studying 3D immersive sound as a companion to ultra-high definition television formats and the International Telecommunication Union (ITU) issuing recommendations about the sound formats to accompany UHDTV pictures. Japan’s own national broadcaster NHK is already starting to deliver 8K programming, with 22.2 audio, in preparation for the Tokyo 2020 Summer Olympic Games.

Concerning layout, it is assumed that the same level of sound will be delivered to the listening location from all loudspeakers, and the time taken for the audio to travel from each loudspeaker to the listener will also be the same. This implies equal loudspeaker distance, for the case where all loudspeakers are similar in terms of internal audio delay, or electronic adjustments of the level and delay to align the system.

In order to fulfill the previously mentioned assumptions about how the playback system works, calibration and alignment of the monitoring system in the room is absolutely crucial, and this is an area of loudspeaker development that Genelec has been heavily involved in for many years, designing technology that allows the user to align levels and time of flight at the listening location, integrate subwoofers, and compensate for the acoustical effects of loudspeaker placement – ensuring that all the loudspeakers in a Genelec monitoring system deliver a consistent and neutral sound character.

We believe that immersive audio will bring an unprecedented listening experience to end users and will become the ‘next big thing’ in audio in the near future, and we also realise that more than ever, these complex new immersive formats demand that engineers make informed and accurate mix decisions.

So at IBC2018 we will be demonstrating our ongoing commitment to immersive audio by showcasing a selection of our monitor loudspeakers in a dedicated 7.1.4 immersive listening room and inviting customers to join us in understanding the significant benefits of working in immersive.

We also believe that although the public now has a wealth of options, the broadcasting industry has a unique opportunity to secure its future by benefiting from these new technologies, renewing its business model and offering unique high quality audio experiences and services to its users.