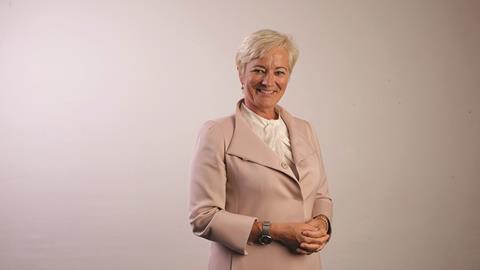 The Director General of the EBU believes Brexit will create many challenges, including loss of EU funding and country of origin concerns, but the UK could benefit from greater freedom when it comes to tax and regulations.

A calming voice among the frenzied clamour surrounding Brexit, Ingrid Deltenre is measured when assessing the potential impact of a UK exit from the European Union (EU) on the broadcast industry just as the Digital Single Market (DSM) initiative promises to ‘tear down regulatory walls and moving from 28 national markets to a single one’.

“From my point of view, the draft I’ve seen of the DSM looks quite reasonable,” she says. “It tackles important points, things like regulating similar services regardless on which platform they are delivered.

“The subsidiarity principle is to a large extent still respected, so it’s not a revolution, but an evolution,” adds Deltenre, who has been at the helm of the European Broadcasting Union (EBU) since 2010.

“It’s not a revolution, but an evolution”

In a way, Deltenre is a perfect incarnation of the founding principles of a united Europe: a Dutch and Swiss National, she speaks Dutch, German, English, French and Italian and has worked in Switzerland for much of her high-profile career. This gives her a unique perspective on the potential challenges and opportunities of a UK operating outside of the EU, perhaps through bilateral agreements similar to those bestowed upon Switzerland.

The impact of Brexit

“I think the major impact of Brexit on the broadcast industry will be threefold,” she explains. “A major factor will be the macro economic conditions and the overall economic situation. If the economy is weakened, there will be less advertising revenue so broadcasters won’t be able to invest in as much content. That’s something that could go in the wrong direction.”

A loss of EU funding for broadcast productions also lies in the balance with Brexit on the table. “Independent producers benefit from the EU media programme, which contributes between 20 and 25 million euros to the independent production scene,” adds Deltenre. “Of course, the UK government could compensate for that because it’s not that much money in the greater scheme of things. But from the EU’s perspective you’d lose that money and third party content could get expensive if the pound is weak.” 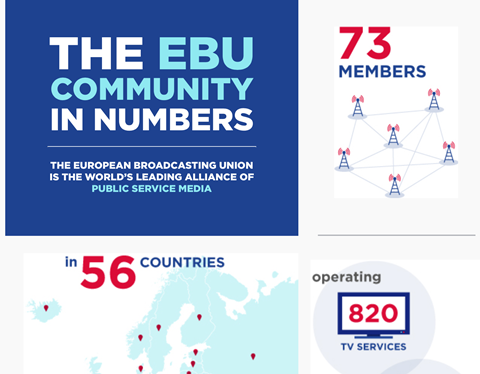 The EBU in numbers

Last but not least is the principle of ‘country of origin’, which isn’t granted automatically in the case of an exit from the European Union. “I can see this being a real issue for some companies that operate broadcasting channels from the UK,” she says. “They may have to seek another EU hub in order to gain simpler access to the single market.”

But it’s not all bad news, according to Deltenre, who notes that the UK may gain freedom from burdensome red tape and tax requirements. That is, if it negotiates a strong deal for itself which aligns somewhat with the principles of the European Union. “If you’re not a member of the EU, you are free to be more generous in some areas, but life becomes complicated in other areas,” she explains. “Ultimately, if you have great people, ideas and talent, you will work with those people whether they’re from an EU member state or not.” 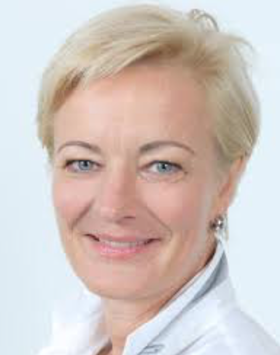 Ingrid Deltenre took up the position of EBU Director General on 1 January 2010. The European Broadcasting Union is an association of 74 primarily public service radio and TV broadcasters in 56 countries. Acting on behalf of its Members, the EBU, more widely known as EUROVISION, acquires sports and music rights, produces sports and news programmes, coproduces entertainment formats and documentary films, and runs a worldwide satellite and cable network for transmitting live coverage of sports and new events. As an influential professional association at both national and international levels, the EBU strives to achieve the best legal and technical conditions for electronic media. It employs about 400 staff from 44 different countries in its headquarters and subsidiaries.

Prior to joining the EBU, Ingrid Deltenre was CEO of Schweizer Fernsehen (SF), the leading public TV broadcaster in the German-speaking region of Switzerland. During her tenure there she successfully redefined the broadcaster’s profile, realigned it with its audience, and launched an editorial presence for the internet and mobile platforms. Production facilities were also modernized during this time with the introduction of high definition and file-based production. All sports production was converted to high definition in time for Euro 2008.

From 1999 to 2004 she was CEO of Publisuisse, the commercial unit of SRG SSR and the leading marketer of television in Switzerland.

Previously Ingrid Deltenre held a variety of executive positions, including at Swisscard AECS and as managing director at CASH, which at the time was Switzerland’s leading business weekly.

Ingrid Deltenre is a Dutch and Swiss National and speaks Dutch, German, English, French and Italian.

Ingrid Deltenre has resigned as EBU Director General and will step down from her role in middle of 2017 to focus on her responsibilities at Banque Cantonale Vaudoise, Givaudan and Deutsche Post/DHL.

As Director General, Deltenre has led the EBU through a period of unprecedented change and transformation in the media landscape.

“It has been a privilege to lead the EBU over the last eight years. With Public Service Media across Europe under increasing pressure from political and economic forces, I believe the role of the EBU and its work in upholding the values of public service media has never been more critical” Deltenre said.