The ability of aggregated TV services to target specific audiences and measure their response combines the beauty of TV with the brains of digital, says Roku’s Marion Ranchet. 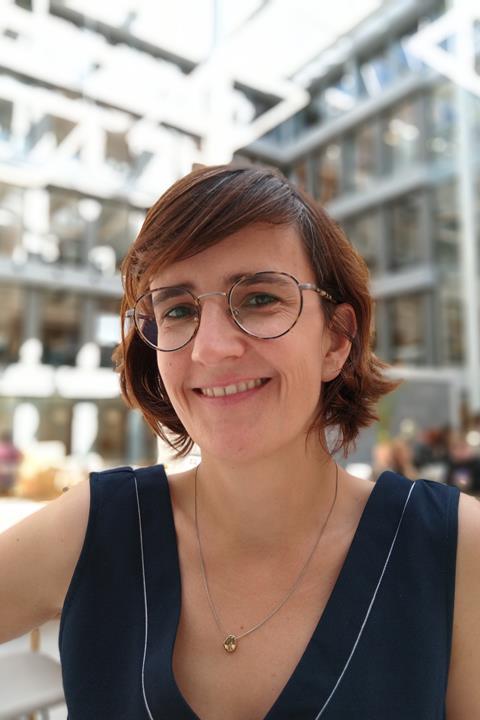 A cynic might suggest that the days of TV advertising are numbered. Who, they might ask, would want to be dragged away from the thrill of a sports match or the hysteria of their favourite soap opera to watch a string of pesky ads, when for a few dollars or euros a month they can banish them forever?

However, according to Marion Ranchet, EMEA director of content distribution at Roku, the answer may be most people, provided that they receive ads in a meaningful and manageable way.

“We believe Roku offers a better ad experience that’s more personalised and half the ad load of traditional TV,” she says. “Consumers are OK with advertising when they’re able to watch great content for free. In fact, we’ve found that 87 per cent of Roku users would pay nothing to eliminate ads.”

Ranchet believes that demand for free, ad-supported content is actually growing. “That affords an opportunity for brands in the US to tap into platforms such as Roku that offer sophisticated measurement and analytics tools, as well as the size and scale needed to ensure that a large audience can be reached,” she says.

New aggregators
Ranchet will be taking part in an IBC panel discussion on ‘The next wave of TV advertising’, where she will be sharing the platform with executives from Samba TV, TiVo and YouView. IBC calls them the new aggregators, broadband-connected TV distribution platforms that are rapidly gaining scale in the USA and Europe, as device manufacturers move up the value chain – aggregating content, selling ads and presenting new opportunities and challenges for broadcasters and advertisers alike.

“For a long time, you were either a TV channel, a movie producer, an SVOD service, a sports team or a brand,” says Ranchet. “Distributing content was in the hands of a few players in each market and everyone had a role to play. Today, it’s easier than ever to reach a global audience thanks to platforms such as ours.

“We’re seeing more and more aggregation in the streaming world. With so much content out there, there’s definitely a demand from consumers to have a one-stop shop where different business models and genres are easily discoverable. Look at The Roku Channel, for example, which is one place on our platform where viewers can watch the TV they love. We aggregate the best of free on our platform, we have live linear programming, and we also offer consumers premium subscriptions such as HBO, Starz and Showtime.”

Aggregation could precipitate a fundamental shift in the way TV programmes and advertising are consumed.

“We believe that all TV will be streamed, and with that all advertising will be streamed,” says Ranchet. “There’s a growing audience that can no longer be reached via traditional linear viewing, so brands now need to move budgets to OTT or risk losing a huge and fast-growing audience that’s no longer reached by pay TV. In the US, marketers can benefit today from the measurability and targeting that OTT allows and take advantage of it on the largest screen in the house. We think we’re just at the beginning of this transformation, and that we’ll continue to see an increasing number of free, ad-supported services as more consumers cut the cord.”

Audience search
Finding the audience that can no longer be reached on TV is becoming a major challenge for TV buyers, Ranchet believes.

“One of the main challenges that brands have is the ability to determine the incremental reach of their campaigns beyond linear TV as more audiences move to streaming,” she says. “To help solve this issue, Roku launched Activation Insights, a tool that gives brands and agencies the ability to precisely determine the audiences they’re no longer reaching on linear television, and the potential unduplicated reach they can find on Roku’s platform. This directly impacts the investment that marketers can make in OTT.

“Being able to target a specific audience and measure what works on the largest screen in the home has been a major innovation in the past few years. It’s the beauty of TV combined with the brains of digital.”

TV advertising needs to mesh with advertising across all available platforms, and the ability to measure campaign success across different platforms has been a long-standing challenge.

“All campaigns should carry the same consistent messaging and narrative,” says Ranchet. “Because Roku owns the tech stack and curates content, we offer brands the ability to go beyond the traditional 15 or 30 second spot. Custom-branded content hubs, sponsoring specific content to allow viewers to watch something for free, unique engagements that offer interactivity that provides a specific value exchange to viewers – these are all ways in which brands can drive more engagement on OTT.”

A lawyer by background – she holds a master’s degree in intellectual property law from Bordeaux IV University and a master’s degree in European business law from the University of the West of England – Ranchet has held senior business development and partnership management positions at several entertainment companies, including Orange, MK2 and Musiwave. For most her time at Orange she was responsible for all content distribution deals with American entertainment studios and major streaming services.

At Roku she describes her job as creating and nurturing successful distribution relationships with publishers. “We have thousands of streaming channels on our platform and are always on the lookout to find new and exciting services,” she says. “At IBC I’ll be meeting publishers that are currently on our platform, and also prospects who are eager to distribute their entertainment to millions of viewers.”

So, as a content expert, who does she think is creating the most exciting and innovative content?

“There’s a tremendous amount of great TV being produced today,” she says. “Over the last few months I’ve watched Chernobyl from HBO, loved reuniting with the Barbary Lane family with Netflix’s Tales of the City, and had a good laugh with the French show Call my Agent from France Télévisions.”

She refuses to be drawn, however, on what is likely to be the next big thing.

“I don’t think that one specific piece of content or genre can be the next ‘killer’ content,” she says. “As a viewer, I like to be challenged, in touch with what’s going on in the world, but I also want to have a good time and watch content that will enable me to escape for a few hours.”

Asked what she thinks will be the major developments that will impact the media and entertainment business over the next year or so, Ranchet has two responses.

“We believe that all TV and advertising will be streamed, so there’s a clear need for platforms/TV operating systems to enable that paradigm,” she says. “We believe that there will be a consolidation over time, where more and more manufacturers will license an operating system for their TV or set top box, which has great benefits for the manufacturers, publishers and consumers, too.

“Secondly it will be very interesting to see how the next big direct-to-consumer brand launches will perform, and what effect they will have in each country.

“We look forward to the next 18 months with the arrival of Apple TV+, Disney+, HBO Max and many more major streaming services.”