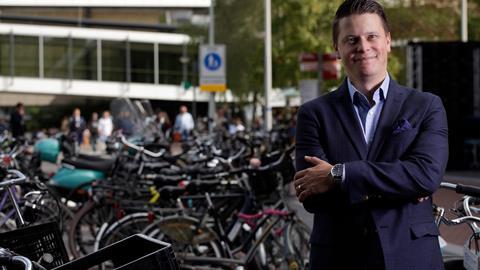 Reed Kaufman is responsible for overseeing the entire post production ecosystem for all FBC Network remote events, specifically with jewel events like Super Bowl LI and the 2018 World Cup. The IBC conference was keen to find out the lessons Kaufman has learned from the experience.

On his first visit to IBC, Reed Kaufman headlined the session ‘Fox Sports Revolutionises Delivery of 2018 FIFA World Cup’. As Executive Director Post Production, he wanted his IBC experience to reveal the key technology themes at the show, so he could judge how they differ when compared to his NAB experiences. 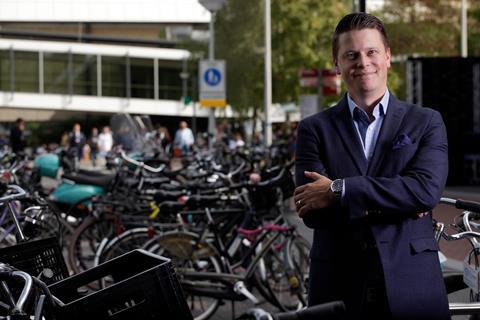 According to Kaufman, the revolutionary aspects he sought to expose were not so much about the direct viewing experience. “It was more about getting content generated in Russia back to our facility in LA or editing for our studio shows,” he says. “It was moving media around for production workflows.

“Not only were the matches far apart in Russia, there were the time changes and the distance from Moscow to LA,” he adds. “One of the goals was to limit the costs of doing a lot of the programming we wanted to do, and use our resources in LA.”

Content created by Fox Sports’ own teams and HBS had to bounce its way into audio and edit bays in LA.

“It was not just the what, which was dealing with hours of 1080p footage. [It was also] the how… where the term revolutionary becomes more accurate,” says Kaufman. “We used a lot of cloud architecture and resources to create very agile and scalable solutions. We also used a combo protocol developed by Aspera and Telestream [Aspera FASPStream] that allowed an editor in LA to import and work with a growing record within 10 seconds of real time.”

The elements for Fox Sports’ bridge shows and morning shows during the World Cup had to get back to Russia for playout, which required quick post turn rounds, so how was the post structured from facility and skills perspectives?

“There are different, very specified skill sets,” says Kaufman. “The Viz Libero is very specific, and we have a highly trained editor who knows that system well. We have our video editors, the main force for creating video content, plus graphic artist [After Effects] and audio editors who do great sound design and mixing.

“Then there is the engineering and support team,” he continues. “For the IBC at the World Cup some of them were there for 60 days, making sure everything from the networking and editing operations aspects were working. They had to trouble shoot any issues with slim margins of time.”

Tag teams
Also of interest to the IBC audience was Fox Sports’ infrastructure, and whether it used AI and machine learning in any way in Russia.

“With the World Cup [the infrastructure] was almost exclusively IP,” Kaufman says. “There are very few linear SDI workflows left, because we transmit most of our video signals over IP. We are exchanging our content from different sites over data lines, and in some cases through cloud-based resources.

“For something like the World Cup, which has a decent budget, you get the luxury and burden of designing from the ground up,” he adds.

“Regarding AI and ML, we used some of that for the news, and IBM’s Watson for the content we were creating,” Kaufman says. “We created a full-on content management system specific to all the content from the world cup project.”

This was the Reach Engine by Levels Beyond. With the video ingested, Fox Sports’ was able to analyse all of the match play content and tag player’s names and actions.

“We even had advanced tags and concepts around reactions and emotions, anything our production staff would want to search for. We did use ML capabilities for that, but it is really just the tip of the iceberg. We are now talking to a lot of different people who are trying to get in deeper with those technologies,” says Kaufman.

He adds: “The challenge is not just to jump onto new technology and do it because it is cool. The challenge is to find the solutions that help the business from a financial and workflow perspective.”

Coming out of the World Cup, he has continued to concentrate on workflows.

“It is really about speed to access of content, wherever it is created,” he says. “Five years ago, before we started moving files around, you would have to spend a lot of time and money to get a lot of high-quality video into the systems that could use it. But more and more the need and capabilities for that are changing, so our goal is to empower our production teams to build a workflow wherever makes sense for that, and to be able to give them access to all the content they need,” said Kaufman.

‘The challenge is not just to jump onto new technology and do it because it is cool. The challenge is to find the solutions that help the business from a financial and workflow perspective’

Connecting it all together
Like everyone on planet media Kaufman is chasing the end-to-end workflow in the cloud.

“It is not far off, but some of the tools break down a little for a couple of reasons to do with the cloud,” he says. “All the components are there and have worked in their own little nutshells, but the end-to-end seamless workflow isn’t quite all connected.

“We have tested editing in the cloud,” he continues “Using an Amazon virtual machine connected to content stored in the cloud, and we did a very low latency edit with PC over IP. It is possible to tune [it] to where an editor wouldn’t notice the difference, but not necessarily all of our content is there yet. [Nor] necessarily is it somewhere that it all needs to be delivered from. It doesn’t quite make sense end-to-end.”

Kaufman points out that other broadcasters do playout from the cloud, even to air. He says: “There are ways to ingest and record into the cloud, so it is just a matter of connecting it all together.”

He is a member of the Amazon Web Services Accounts Technical Community Group, where one hot subject is a codec for cloud native work. This arises in part because broadcasters have liked to work in higher bit rate formats like AVC Intra, DNX, and Pro Res.

“There is an air gap there between the typical broadcaster format and the tools that are cloud native,” he says. “That is something we have been learning the hard way. At some point we will meet in the middle on something to help broadcasters trying to take advantage of cloud systems. Maybe there will be a slightly higher bit rate that can move through the cloud and not be cost prohibitive for moving big chunks of data, but we have not quite found that sweet spot for a codec in the cloud.”

Currently the bulky formats are pushed into the cloud and the higher costs are suffered because the workflow efficiencies are where it makes sense, and so the spend makes sense.

Kaufman’s wish lists for new technologies include easier monitoring and viewing tools for high-resolution (8K) footage and HDR video. And in the cloud he sees opportunities for building more native postproduction tools.

“I mean editing, content management and data movement, and maybe some more user intuitive systems that typically need to be done on site,” he says. “As those tools become more prevalent people will find themselves moving organically towards the cloud.”

Kaufman is a 13-year veteran with Fox Sports and started his career there. The FIFA World Cup trumped the Super Bowl for him.

“The World Cup has been the most transformative,” he explains. “We put a lot more focus on data connectivity and cloud-based workflows. We created small footprint deployments, yet highly functioning solutions. We were much more remote, yet we edited hundreds of elements in LA and sent all of them with a file transfer.

“We are in our 28th year of doing the NFL and we are using a lot of what we learned from Russia. We have a lot better connectivity to our trucks and our shoots”