A question of scale

Since taking over as CEO of All3Media in 2015, Jane Turton has expanded the superindie through acquisitions and organic growth, with a strong focus on scripted and ‘quality programmes and people’. That’s because ‘scale matters’ in today’s complex TV landscape, she tells Insight. 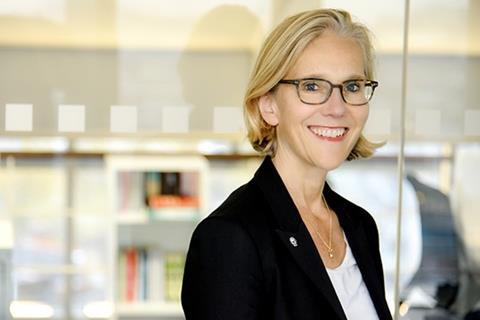 Since Jane Turton took over at the helm of All3Media, the ‘superindie’ group has just carried on growing. All3 now comprises 30 companies, mostly in the UK but also in the US and Germany, between them producing shows like Fleabag, Call the Midwife, Hollyoaks, Gogglebox and The Undateables.

Turton was promoted to CEO of All3Media soon after Discovery and Liberty Global acquired the business in 2014, having previously been COO and director of business development and business affairs. She has continued to build All3, with a focus, she says, on “adding value as opposed to just scale… it is about the quality of the programmes and the people as opposed to the pure numbers of programmes and people”.

The big push during her tenure has been to grow All3’s scripted business. Looking back, she says, it was “obvious that scripted was going to go a bit crazy” as the SVODs started to expand. But Turton thinks All3’s strength in the genre had waned a few years ago. “We needed to do something to make sure we were right back up there again.”

A series of acquisitions of leading drama producers followed: Neal Street Productions (Call the Midwife, Penny Dreadful, Informer) in 2015; New Pictures (The Missing, The Spanish Princess) in 2016; and Two Brothers Pictures (Fleabag, The Widow) in 2017.

The drama growth has been organic too. Studio Lambert launched a scripted division in 2015 run by Susan Hogg, winning a BAFTA for its first drama Three Girls. Lime Pictures, meanwhile, has broadened out from producing Hollyoaks to making other young adult drama including Netflix’s Free Rein and Disney’s The Evermore Chronicles.

“There’s a lot of focus on scripted. It’s a great IP base for a company,” says Turton.

Growth is good
Non-scripted remains an important focus for All3Media too, particularly in formats. “It goes back to the point about IP. You want shows that continue to generate value over time.”

Turton says she “looks with envy” at companies with deep format catalogues, like Fremantle or Endemol. Despite being a relatively young company, All3, of course, has its own formats: Gogglebox, Undercover Boss, Four in a Bed, Cash Cow and The Cube. But it is less strong in the tough entertainment market. An important new entertainment show is Flirty Dancing, which is being piloted in the US for Fox after launching in the UK on Channel 4.

However, Turton stresses that All3Media’s success is underpinned by a portfolio of long-running shows, not just high-profile new ones. She says long-runners do more than simply provide a strong bedrock for the company: “When you have shows that come back, it’s a sign that you don’t just develop and sell – but that you can produce.”

‘We’d love to grow as fast as we can organically’

Turton wants to grow All3 further and remains open to “good acquisitions” as well as funding new start-ups. “Equally we’d love to grow as fast as we can organically. If our CAGR [compound annual growth rate] is 15% over the past four to five years, it is currently about 10% organic.”

Acquisitions look likely to include more overseas companies. Compared to competitors like ITV Studios, BBC Studios and Red Arrow, she notes that All3 is quite “narrow in terms of geography”.

“I think we will now look more at overseas production… We have been looking at the Nordics, at some of the southern European markets.” All3Media International opened a Singapore office in 2016, which it is using to explore Asian markets. Australia and Israel are also interesting markets, says Turton. “We’re always open to conversations, but they often fall down – like the British ones – on talent and IP.”

All3Media, she explains, is very careful about the companies – and people – it does deals with. The ‘right chemistry’ is vital, she says, citing the importance of mutual respect and trust in making its relationships with key production talent work. In turn, the federal model of All3Media allows owners to feel “total ownership of their business, people and their programmes”.

Indeed, All3Media has a strong track record of keeping hold of key production talent long after it has bought their companies. “We go out of our way to make sure it works,” says Turton. “We try to find the right structures and incentives as well, so it is a productive relationship.”

Money talks
At a time when their content can now be seen multiple times on multiple platforms, producers have to be more sophisticated than ever in the deals they strike with PSBs, US networks, cable companies and SVODs. With co-productions, deficit funding and tax breaks all now in the mix, Turton says that companies with a big portfolio of shows are well placed to work out the best model for a production deal.

A larger company like All3Media can also help get a show off the ground by providing deficit financing – and manage the risk of doing so across its portfolio.

All3Media International plays a vital role here, weighing up how much to invest against how a show might recoup on the international market. “Louise [Pedersen] who runs distribution is simply excellent, and I trust her forecasting. We take risks because we understand recoupment.”

Traditional public service broadcasters remain a major focus for All3Media companies. “The thing we are most interested in,” she says, are commissions which come with Terms of Trade, allowing it to hold on to programme rights. “That helps us to create the IP and launch around the world…it’s the best version we can ever dream of for a commission.”

Given its scale, All3Media has been well placed to take advantage of the rise of the SVODs. Turton says Netflix and Amazon “have been huge” in terms of their impact on the business. Amazon, for example, has partnered with the BBC to finance Two Brothers Pictures’ Fleabag, and with ITV on The Widow. Netflix, meanwhile, has backed Lime Pictures’ Free Rein. She also anticipates demand from Disney, Warner and Quibi when they launch their streaming platforms. Indeed, All3Media’s Raw TV already has two commissions from Quibi.

But the demand is not just in drama. Raw TV has won a raft of non-scripted orders from Netflix, which has also ordered reality format The Circle from Studio Lambert. The streamers, she says, have helped to fund genres that were previously struggling, particularly kids’ drama, sci-fi and comedy. They also want shows with what US executives call ‘big auspices’, with big name talent to help market the programmes.

Rising demand for such talent has led to huge inflationary pressures in the sector, fuelled by streamer spend and also the UK tax break for high-end drama. Turton has been vocal in calling for the tax break threshold to be lowered from £1m to £750,000 to help “bring through ideas at the slightly more affordable end”.

But it’s not just about the PSBs and the streamers. Turton says that parent company Discovery is All3Media’s second biggest customer. “We are a big supplier to Discovery, and I would like to get bigger… I am keen to build that relationship.”

Jane Turton will be part of the Global Content Gamechangers panel on Friday 13 September at 15:15 in the Forum