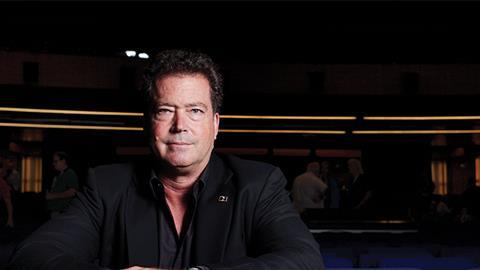 Curt Behlmer and his team are responsible for advancing the possibilities of cinema sight and sound, ensuring that Dolby technologies, including Dolby Atmos and Dolby Vision, fit into the industry’s content workflows.

Before joining Dolby he was the Chief Technology Officer for entertainment services at Technicolor. At IBC2016 he appeared on the ‘High Dynamic Range and Wide Colour Gamut: The Art and Science’ panel.

IBC: What does high dynamic range (HDR) bring to the filmmaking process?

Curt Behlmer: HDR brings the ability to show more details in the shadows and have additional brightness. From a creative standpoint we have found that filmmakers are particularly excited about the improved black levels.

When people think about HDR, particularly in the context of TV, they think about increased brightness. And while that is also true for the cinema, there is a lot more interest in being able to show detail and contrast.

Filmmakers are applying this technology for leveraging the representation of space as black, rather than grey.

The space fields in the recent Star Wars and Star Trek movies look a lot more impressive and real when you’re not seeing them represented as grey.

In The Revenant, where there are a lot of night scenes in the forest, the filmmakers were able to show the depth and detail that you cannot really get from any other projection system. 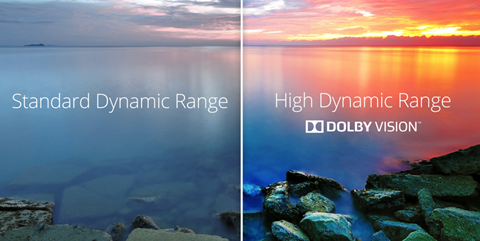 SDR vs HDR: An illustrative representation

Filmmakers can use WCG as a storytelling tool to create a different look. The animated movie Inside Out was a great example of the director using the expanded colour gamut to differentiate some of the scenes.

WCG is also relevant in live action where having that additional colour volume gives you more saturation and extends some colours. It makes the movie a more immersive experience.

Do production workflows need to change to accommodate HDR and WCG?

What we saw with sound was that the majority of movies were being mixed in 5.1 or 7.1 and then an Atmos mix [when filmmakers chose to use the Dolby surround sound technology] was created afterwards. That has now changed.

The majority of people are pre-dubbing in Atmos and then creating their 5.1 and 7.1 mixes from that. With vision technology, although we’re only a year into it, several studios are starting to create the Dolby Vision version first too.

The nice thing about doing it this way is that it makes it easier to keep the creative intent baked in, and then deliver it all the way downstream, even to mobile.

Does the viewer see a benefit?

HDR is a treat for the eyes because things look much more normal. You no longer have to subconsciously compensate for the lack of contrast or the lack of brightness.

HDR feels more immersive and, depending on what tools the creative people choose to use, it can go beyond what any other medium can do today.

Is HDR here to stay?

Our belief is that it is. The audience reaction has been very positive. The commitment that we’re getting from cinema exhibitors to partner with us proves that this isn’t just a science project.

The fact that consumers can get HDR in the cinema, and at home, means they are starting to become more aware of the value of it and are really enjoying HDR. 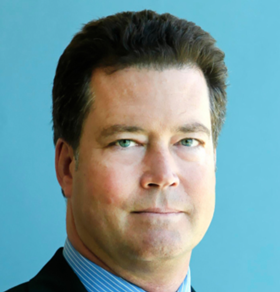 Curt Behlmer and his team at Dolby are responsible for advancing the possibilities of cinema sight and sound, ensuring that Dolby technologies, including Dolby Atmos and Dolby Vision, fit well into the industry’s content workflows.

Before joining Dolby, Behlmer was Chief Technology Officer for Entertainment Services at Technicolor, where he developed and sponsored technology initiatives across a range of production, post-production, and distribution services.

He also provided executive oversight for Technicolor’s postproduction facility on the Paramount Studio lot in Hollywood.

A member of the Academy of Motion Picture Arts and Sciences since 1983, he is governor of the Academy’s Sound Branch. In 2002, he received the John A. Bonner Medal of Commendation for his long-standing support and service to the Academy and the industry.

He is also a member of the Audio Engineering Society, the British Kinematograph Sound and Television Society, and the Hollywood Post Alliance, among others.