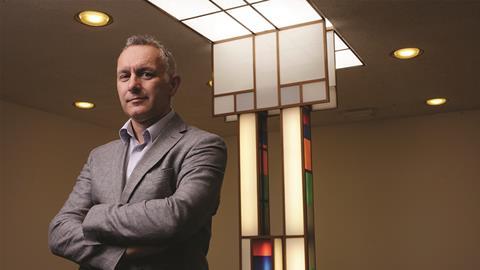 Going to the movies has always been a very special, unique entertainment experience – and the movie industry is determined to keep it that way. But it is being pushed hard.

“Cinemas are often concerned with technology in terms of what the consumer has at home, whether or not the technology is better or even noticeable on the big screen,” explains Mark Kendall, Business Development Manager for Digital Cinema at NEC Display Solutions EMEA.

“On that basis, we may see the continual development of resolution; after all, the Tokyo Olympics in 2020 will be broadcast in 8K. However, there are many other technology developments that enhance the cinema experience, such as higher frame rates, high dynamic range and, particularly for the larger 3D screens, brightness.”

Kendall’s IBC2016 presentation, however, was not about resolution; it was about laser illumination for digital cinema (and, increasingly, their commercial counterparts) projectors. ‘Critical Update: Laser Projection – Is It Ready for Wide Deployment?’ saw a wide-ranging panel tackle the key questions around the rollout of this technology in cinemas. 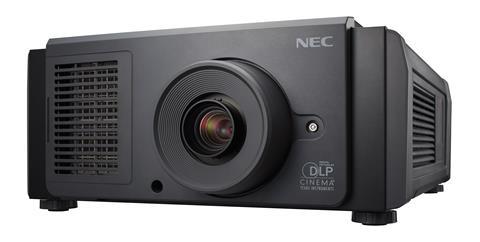 For example, there was a time when laser illumination for projection was considered off-the-wall at best, and dangerous at worst, but part of Kendall’s mission is to dispel any myths.

“It’s important to help the industry understand the health and safety standards for laser are now often similar to those of traditional lamp-based products,” he affirms.

“New technologies such as laser phosphor deliver lower operational costs, saving the exhibitor up to €2,000 per year in lamp and power costs, compared to a traditional Xenon-based projector,” explains Kendall, “while RGB laser development means exhibitors are able to realise higher brightness on larger screens.”

The transition from Xenon lamps to laser installation is not just about costs and brightness, however. “The new technology also brings more flexible installations,” he says. “You no longer have to install a cinema projector in a projection room, allowing for air extraction and lamp changing.”

Kendall was previously European product manager for NEC’s full range of projectors, remarking that his current assignment sees him engage with a variety of cultures within the cinema industry. “It’s an enjoyable challenge,” he smiles.

In the very early days of digital cinema, there were certainly challenges. A notable one was convincing all the players in the industry – especially exhibitors and creatives – that digital cinema was the way forward. How does Kendall see the current state of play?

“The majority of cinemas that will digitise have already done so,” he says. “Although there are a few seasonal cinemas that may not have digitised due to funding. The current business is based on new builds or upgrades. We expect some of the old equipment will be replaced with new lower operating cost equipment in the coming years.”

Projection has long been at the heart of the cinema industry as the only cost-effective way of delivering high brightness, high quality images to a large screen. Will it continue to reign supreme – or are there alternatives that could replace it?

“In the future,” responds Kendall, “we may even see different technology such as LED or OLED presenting the latest blockbusters in cinemas.”

As ever, it seems the destinies of the cinema industry and the broadcast industry may be closely intertwined. 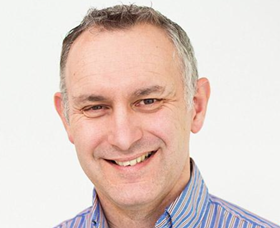 Mark has worked in the AV / IT industry for more than 20 years, and has been responsible for Cinemas business within NEC for more than 10 years; when NEC introduced their first DCI compliant projectors in Europe.

In 2008 Mark successfully finalised the agreement to supply NEC projectors to the main cinema chains in Europe, including Odeon UCI Group, Cineworld and Gaumont Pathe. Since then Mark has supported the Cinema Division of NEC Displays to sell more than 10,000 DCI compliant projectors in EMEA.

Over the last few years Mark and the Cinema team have expanded the NEC portfolio in cinema to include Digital Signage in foyers, cinema retail and advertising.

Now promoting the benefits of laser and laser phosphor technology within cinema, Mark is able to explain these technologies based on experienced installations throughout EMEA.