Empowering all to thrive in broadcasting

As head of broadcast and entertainment for the UK & Ireland in Google’s Strategic Partnerships team, Justin Gupta, who is also part of IBC’s Content Steering Group, explains how the group has strived for a better gender balance throughout this year’s conference programme. 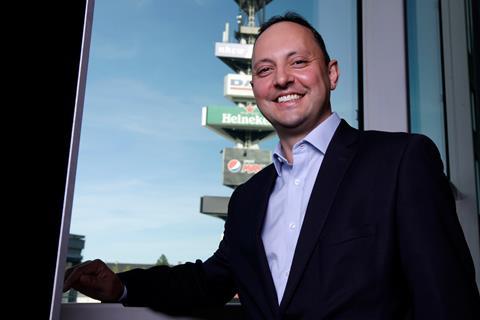 According to Justin Gupta, by being mindful of diversity, you can get better outcomes, whether that is in managing businesses or planning successful events. As part of a panel for an IBC Lounge Talk, he will discuss this in ‘Digital and Diversity: The secret sauce in delivering innovation?’ on the afternoon of 14 September.

Gupta has a passion for his work in promoting diversity and inclusion, as part of his wider role in bringing the best of Google technology to its partners and helping them manage the shift to connected TV.

“I have spent a lot of time this year looking at diversity and inclusion at Google and for various industry events, which provided quite a few lessons,” he says. “The first is in building diverse panels at conferences. We have found that creating a diverse pool of candidates at the start of the process has been more effective at creating a balanced outcome, rather than trying to ‘fix’ a panel at the end of the process. Indeed, that’s the approach we use at Google when hiring. We find that if we open a position to a diverse mix of candidates, then we will end up with a more balanced result overall.”

Gupta also shares some insights from lessons learned on how events and panels are run, noting: “We’ve learnt that even the timings of events can be exclusive. We have started to move away from breakfast or evening events, in favour of late afternoon. We’ve found that the gender balance has been much better – with our working theory that parents are disproportionately excluded for school drop-offs and pick-ups.”

Varied thinking
Applying the importance of diverse panels to the broadcast industry, Gupta notes that every viewer is by definition an individual – with their own background and cultural influences – and every viewer is a member of multiple groups. “For example, I am from the East of England, with German and Indian parents and an interest in politics, science fiction and music; which may give you some insight into the TV content that might interest me!” he says. “So, having a diverse workforce in broadcasting with different interests and backgrounds – and empowering them to create offerings they are passionate about – is the best way to make your offerings more diverse.”

Gupta believes that if the audience is under-represented in the workforce, then there will inevitably be gaps and biases, noting that: “If you want to build for everyone, you should ensure that everyone has the opportunity to contribute.”

“When you bring different people together, it’s critical that you create a psychologically safe environment”

Responding to the suggestion that a diverse offering could alienate the middle-of-the-road mass market, Gupta remains adamant that it won’t: “I don’t think it’s a case of one or the other. Linear content delivery is gradually becoming a thing of the past, allowing new content to come to the fore. In a world where the viewer is in control, more diverse content is gaining mass-market appeal. For example, we have seen great success with viewers watching women’s football on YouTube, and free-to-air television was recently responsible for ‘giving oxygen’ to women’s football for the World Cup – and people were watching in their millions.”

Not just jobs for the boys
On the subject of how diverse groups can thrive in the industry, Gupta admits that recruitment is just one aspect. “Bringing a diverse team together is just one component – when you bring different people together, it’s critical that you create a psychologically safe environment, where they can thrive and feel like they can bring their whole selves to work. Much of this is focused on internal education and making sure that people understand what it’s like to walk in the shoes of others. Using a tick-box approach to address a lack of diversity can be counterproductive if that approach is not followed up by real cultural change – a willingness to learn and an environment where people can voice their concerns.”

With the ongoing focus on diversity and inclusion, the broadcasting industry no doubt faces change. Gupta notes that one of those forces on change is distribution brought about by the internet, as audiences change their viewing behaviour. In order to adapt to these changes, the industry will need to be adaptable – and those companies that have more diverse workforces will be better placed to adapt.

But Gupta also believes that the changes bring huge opportunities as well: “As revenue models in TV continue to adapt, those that are successful will get the right mix of subscriptions, advertising, micropayments and product placement, by embracing new technologies such as addressable TV. And the future is bright for broadcasting as a whole – people have never consumed as much video content as they do today.”

It is a future that Gupta remains enthusiastic about, and that will increase the potential for more interactivity in TV – bringing additional information to the viewer, enhancing the content with stats, for example, or bringing the services to more viewers with accessibility services such as subtitling and audio description; both of which will likely become largely automated. “But I think the biggest change we will see is the TV breaking out of the box in the living room completely. At some point, the cost will come down such that any surface can become a screen, likely controlled by some combination of touch and voice – and with a diversity of screens, the possibilities for TV are limitless!”