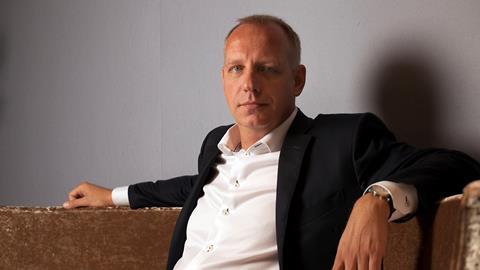 Previously (since 2014) the broadcaster’s CFO, he was appointed to his new role in January to drive growth through consumer centric and data driven initiatives.

He admits his ‘in-tray’ is demanding, but it recognises that today’s business demanded fresh thinking. “We are looking at taking this totally new approach, and splitting our attention into three. The first we are calling ‘Perfect For Me’ and while, obviously, this provides the entertainment that consumers want, it is also designed to drive engagement.

“The second is called ‘Give Me More’ and takes this engagement to the next level. As well as more content, there’s more interaction, and off-screen activities. The third we have called ‘On My Terms’, and gives consumers what they want, how they want it and where they want it.”

Van der Wal says in the US Turner launched FilmStruck last October which is a curated movie service ‘For Film Lovers, By Film Lovers’ on SVOD “and takes the form of a more niche movie service, more art-house content, and makes finding these movies much easier,” he adds.

“IP itself is opening up new business opportunities for us.”

“That fits nicely into the ‘Perfect For Me’ category, but also offers ‘On My Terms’ at a higher level which is an OTT, subscription model [and curated by Criterion].”

Turner’s film library is already massive, but van der Wal says other studio content is licensed as part of the overall offering, and this includes Warner Bros.

Asked when this movie service might be rolled out to Europe, van der Wal was coy, but smiling, so an announcement might be imminent.

“It is a huge unknown at this stage, and everyone has questions.

“We are assessing the potential impact, and how we are licensed to operate.

“For example, I believe people have underestimated the effect on data. There are data regulations which could mean we cannot store data in the UK where it relates to EU consumers.”

He joked about the impact – or lack of impact - of 3D, for example on TV.

“One of our key strategies is understanding what technology or components we need to ‘own’, and what we can simply buy in.

“We try and take an agile approach to technology, and while there are some elements that we need to own, there’s plenty that we do not have to own.

“This includes the broadcast elements and the workflow which brings it together, and how play-out is optimised and certainly embracing IP.

”IP itself is opening up new business opportunities for us, and showing how new services can be launched at lower costs.

“Once IP is fully embraced you can go very, very granular,” he says.

“From a single basic channel you could offer – say – 100 different sub-sets.”

Ultra HD is also on Turner’s radar. “But first we need an established audience base,” states van der Wal. “UHD needs reach, but we are looking at it and assessing it.” 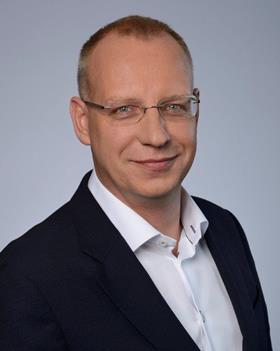 Van der Wal’s responsibilities include Turner’s international multi-platform suite of digital properties and services and its direct to consumer product strategy. He is also charged with identifying new opportunities for Turner and deciding on how to engage with them, through technological product innovation, investments and or acquisitions.

Before joining Turner in January 2014, he worked for three years and served as Chief Executive Officer at Time Out. Before that, he was Chief Financial Officer at leading online ticket exchange operation Seatwave and previously held senior financial and business development roles at Vodafone.