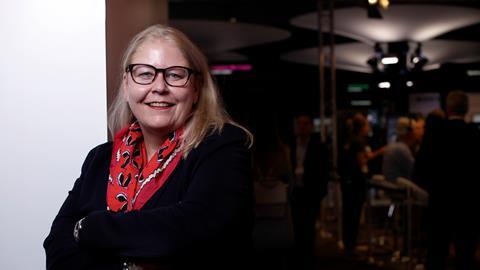 Time to market is an increasingly critical challenge for telcos with a pay-TV strategy in today’s new world order of OTT players and large video streaming providers. Deutsche Telekom’s Anette Schaefer is only too aware of the need to act quickly, and to ensure access to compelling content is robust enough to grab a slice of the pay-TV audience.

As Vice President of TV Business Europe at Deutsche Telekom (DT), Anette Schaefer is responsible for the commercial success of the telco’s TV and video businesses outside of Germany.

“In most markets we are number one and number two,” she says.

“We have four transport layers, so we deliver TV over IPTV, over cable, over satellite, and over terrestrial … [as with every telco] we are focusing on bundling TV with broadband and fixed and mobile telephony.” DT also pursues TV propositions in mobile-only countries, where it can partner with Netflix, for example, and explores opportunities to grow through M&A, such as with the recent acquisition of UPC in Austria.

Schaefer was attracted to the Europe role at DT in part because of its strong international focus. Indeed, she has over 20 years of experience working in the TMT sector across the US, Europe, Middle East and Asia, leading projects in areas such as business case development, commercial and technical due diligence, benchmarking, market research, and consumer marketing strategy. 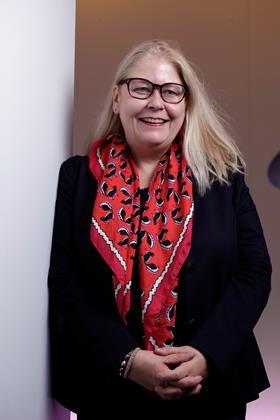 Before joining DT, she launched BIG Picture, a digital media analyst and advisory firm researching multi-platform distribution and its impact on the changing nature of media, communications and technology businesses. Prior to that she worked as director of the broadband, media and entertainment EMEA decision service at the Yankee Group.

Schaefer also relished the opportunity to work with Srini Gopalan, who is responsible for the telco’s overall Europe segment and a member of the DT management board. Previously in charge of consumer business at Bharti Airtel in India, Gopalan brings a fresh approach to the management of DT’s TV businesses in Europe.

Schaefer’s own role at DT is fairly broad, covering platforms and set-top boxes, content and go-to-market support for the NatCos, new products and services – in fact, everything that helps to drive revenues.

As things stand, she believes that the TV and video business in the Europe segment is performing well, garnering 4.8 million customers to date.

“And it’s growing,” she adds, “not as fast as it did in previous years … because in many countries we have focused on sports, and we have reached there the average market share of 30-40% with sport.

”We produce our own content and package our own channels, so we have a very mature pay-TV business in most countries.”

The Europe segment is nonetheless a challenging one because of its sheer diversity. Schaefer points out that her footprint includes countries that have high average revenue per user (ARPU) from TV services, but also covers markets with much lower ARPU.

At the same time, she finds it interesting to work with the different cultures, which often have very different content preferences – although some content tends to resonate with all audiences, such as the Disney channel and sport.

In fact, content itself has not really been DT’s biggest challenge at the different NatCos. As Schaefer points out, Netflix, for example, has not yet had a major impact on markets in the CEE region – primarily because its pricing model is the same no matter what the ARPU levels are. In some markets, paying more per month for an additional pay-TV service is not a convincing proposition for many viewers.

“Netflix is challenged here because they are not willing to lower their prices,” she says. “In markets where we have a very low TV ARPU, people can’t afford to spend an extra €9 or €11 … the purchasing power is not there. Localisation is also not done in all markets”. The provision of content in the local language is also a key success factor here.

For DT, which collaborates with Netflix, including it in the zero-rated StreamOn service for mobile users, for example, the biggest obstacles tend to be linked to regulation and government policy, Schaefer says, noting that regulatory regimes can vary considerably depending on the market.

For example, there are different rules on which services can be bundled, and how they can be bundled. In Greece, there is even a pay-TV tax, which functions as a contribution to a pension fund. Schaefer is quick to point out that these local laws do not hinder DT, “but they don’t make our lives easier”.

While at IBC, Schaefer looked at some of the broader themes affecting the wider telco industry in the area of video content and pay-TV. For example, she took part in a panel that focussed on issues related to the digital transformation of telcos – a topic that is currently occupying the minds of all telcos, big and small.

”When it comes to video,  time to market is crucial”

The aim of the session was to examine how telcos need to revolutionise the way they work – and how they are delivering services to the consumer. It will also discuss the increasingly diverse and important role that content is playing in a telco’s portfolio, and how digitalisation and new technologies are changing the way in which content is consumed.

These are all highly relevant areas for Schaefer, who emphasised the need to transform telco businesses from a traditional engineering background to digital production models, “and that means you have to have more IT skills than engineering skills.”

“When it comes to video, I think time to market is crucial,” she adds. “You have to be much more flexible in bundling and packaging products and services. That I think is one of the main goals for me when it comes to digital transformation: different business models, different content that you can bring to the market, and understanding your audience much better.”

In other words, telcos not only face the prospect of having to transform and harmonise IT systems; they also need to find ways of doing business differently in order to be able to act more quickly and compete with some of the new web-scale companies such as Netflix and Amazon.

“We wait too long to do things because of our processes. We have procurement, we have RFPs, and they really need to be properly managed, but the timeframes are not really competitive compared with, say, Amazon or Netflix, which probably only have a couple of decision-makers and then go for it,” she comments.