The use of a single format could help alleviate the complications caused by multiple versions of films.

The effort to make the SMPTE DCP (Digital Cinema Package) the standard delivery format for sending movies to theatres is a top priority for Ben Ritterbush, Director of Domestic Digital Cinema Distribution at Twentieth Century Fox in the United States. 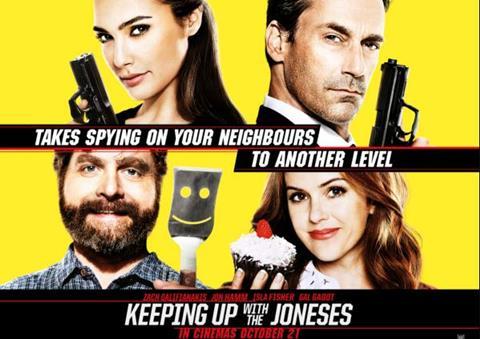 Keeping up with the Joneses

“The interop package [that has been in use since studio consortium Digital Cinema Initiatives launched its digital cinema spec in 2005] was only designed as an interim format while SMPTE was setting the standard,” he explains.

“Exhibition needed something immediately. Interop became the de facto solution but was never meant as a long-term solution.”

The SMPTE DCP standard was completed in 2009 and rollout effectively began in 2014—but there was still much work to be done.

“Fox aims to be 100% SMPTE DCP by next year, in North America,” Ritterbush reports.

“Fox has already delivered a number of titles, the first being Keeping up with the Joneses. We had a handful of issues [in this testing phase].

“We are currently doing dual inventory. There are a number of legacy sites that still can’t play SMPTE DCPs,” he explains, adding that in many cases, delivery involves the DCDC (Digital Cinema Distribution Coalition) network and in other cases, they are delivering the movies on physical hard drives.

“International is further out,” he adds. “The goal is one global standard that’s fully secure.”

In Europe, for instance, rollout has started in numerous countries and has already been completed in some such as the Netherlands, Finland and Norway.

The creation of digital cinema deliverables, Ritterbush continues, is both “easier and more complicated.”

With variables such as 2D, 3D, HDR and immersive sound, a movie may require anywhere from nine to 21 different versions, just for a U.S. release, he says.

Internationally, that number increases due to local language requirements.

“We don’t want to complicate things further and have even more versions,” Ritterbush says. “We want to provide a single format [with the versions such as local languages] that can play on all screens. We believe that’s an achievable goal.”

“I think it has the potential to leapfrog laser projectors. It’s challenging to get consistent quality with traditional Xenon projectors. But [LED technology] does present other issues. For instance, audio. There’s no way to put center speakers behind the screen.”

Meanwhile, Fox has been busy exploring the potential of virtual and augmented reality. It’s early releases, including The Martian VR Experience, based on Ridley Scott’s The Martian; and Alien: Covenant In Utero, based on Scott’s Alien: Covenent have been two high-profile examples.

“I absolutely think there’s some potential there, but it’s unclear what that potential may be,” Ritterbush says.

“I don’t envision a theatre full of patrons wearing VR glasses. But there’s potential to tell a creative and compelling story through AR and VR, we have to find out what the business model is going to be.” 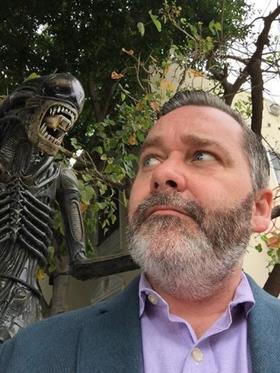 Ben Ritterbush is the Director of Domestic Theatrical Distribution at 20th Century Fox and is responsible for DCP and KDM distribution in North America. Ben has extensive knowledge of the theatrical workflow and currently pushing the adoption of the SMPTE format in North America.