In his first in-depth interview since taking over as chief executive of NEP Group, Brian Sullivan explains why he thinks the broadcast services and facilities giant is set to thrive despite the constraints of coronavirus. 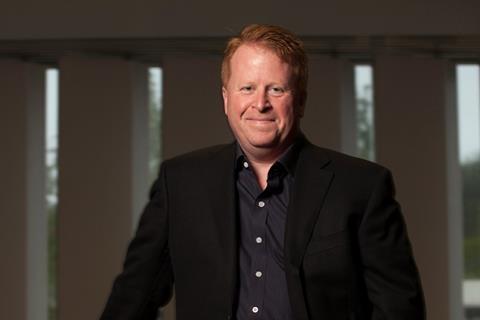 The changes to the broadcasting business wrought by Covid-19 haven’t fully played out yet, but the rocking of long-held assumptions about audiences and traditional business models has been swift. “It’s Darwinism on steroids,” says Brian Sullivan, the newly installed CEO of the NEP Group.

One could be forgiven for thinking that Sullivan, who only joined NEP in August this year, has had rather unfortunate timing: Taking the reins of a company that makes the majority of its money through broadcasting services and live events production, both of which have been hard hit during the pandemic.

Indeed, broadcasters are still figuring out new virus-resistant production ways of working and the number of live events needing coverage is still very much in recovery mode.

But Sullivan is sanguine about the challenges. In fact, he is excited by the opportunities he sees coming out of the pandemic: “Look at the last 10 years: the traditional ecosystem for entertainment has had its lunch eaten by streaming services because they didn’t move fast enough,” says Sullivan.

“Now everybody has to change or they aren’t going to make it until next year. I think that’s ultimately a good thing. It will breathe life into a lot of companies that quite frankly would’ve hung back and tried to keep doing the same thing and they wouldn’t have made it.”

“Our broadcasting and network clients are looking for new, better and smarter ways of doing thing.”

Sullivan describes the big changes facing the broadcasting industry pre-pandemic as being like small fires that could be at least somewhat ignored, but the pandemic has been like dumping a barrel of gasoline on top.

“We’re not an industry that likes to adapt and change,” he says. “The ones that own the most IP and that are the most forward-looking and not just trying to survive the pandemic but looking to re-create their business models, these are the ones that have the best chance to come out of this thriving.”

Founded in 1984 in Pennsylvania, today NEP has 4,500 employees in in 24 countries around the world. But with no individual office having more than 150 people and many with only 20 to 40 employees, NEP is a global company with a lot of local presence. Its clients include a hit parade of most of the world’s major broadcasters and most of the biggest live events, from the Olympic Games to the Emmy Awards. 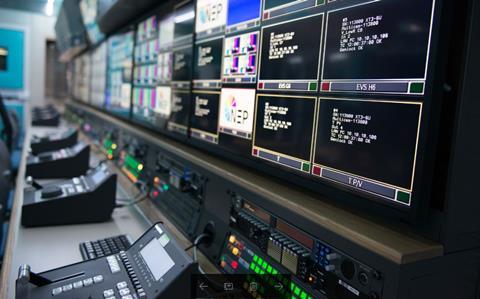 What attracted Sullivan to join NEP is what he sees as deep engineering and broadcasting expertise. Sullivan thinks this is effectively the ‘secret sauce’ that will allow NEP to comfortably and quickly grow its business.

“The entirety of the company could double in the next five years in terms of business and scale as we pivot into centralized production and software-based services,” says Sullivan.

“There is a ridiculous amount of innovation that happens deep in this company. Probably my biggest job is to help elevate that and make it available to all of the company and to all of the clients. We need lean into that innovation going forward.”

Over the course of the last several years NEP has grown its footprint and its acumen largely through acquisitions - some 36 of them since 2014 and six in 2019 alone - including the purchase of SIS Live in late 2018 which added significant connectivity capabilities through satellite, uplink and extensive fibre connectivity solutions.

Sullivan says connectivity will continue to be key to NEP’s business and he doesn’t rule out making more acquisitions, either, as long as they are a good “cultural and strategic fit” for the group. That said, he believes there is value to be unearthed from inside the company. “I think the future of our business going forward is more through organic innovation and organic growth,” he says.

While live events have struggled to recover from the Covid-19 impact as quickly as NEP’s broadcast services business, Sullivan believes that the pandemic provides more opportunities for both.

“It’s a perfect storm in terms of what’s happening because producing live sport will become even more important to our clients and we’re right at the heart of that,” he says.

“Everybody has to change or they aren’t going to make it until next year. I think that’s ultimately a good thing”

Further investment into virtual production capabilities and software-based capabilities are also on the cards as live events work to re-make the user experience. “This is not about a ‘better’ Zoom call but providing an actual two-way interactive experience,” says Sullivan. “When we come out of the pandemic the live concerts and corporate events will come back but I think that they won’t give up the virtual, streaming component, they’ll want to keep it too. So, I see this side of the business growing massively.”

NEP had furloughed some employees but won’t disclose the numbers. The company says the staff is now “mostly back to work” though some are working reduced hours depending on the country where they are based. New hires were frozen earlier this year “to protect the jobs of existing employees” but now some of the NEP divisions are hiring again, according to NEP.

The overall message from Sullivan is that he thinks a “big innovation wave” is coming to the live broadcasting and the events businesses, and he is working with his senior team including his most recent hire, Jeff Hughes who recently joined NEP as Group chief operating officer, to capitalise on that. 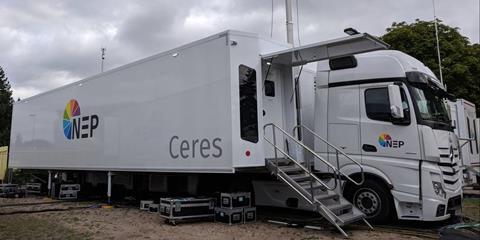 Hughes worked with Sullivan when he was president and COO of Fox Networks Group and they also were peers at Sky TV in the UK back in the 2000s. “We’re focused on what NEP wants to be coming out of the pandemic,” says Sullivan who plans to remain based in Los Angeles even though NEP’s official HQ in in Pittsburgh, Pennsylvania. “We have a lot of clients here and everybody’s gotten used to working remotely,” he says.

Sullivan expects NEP to ‘lean into’ the creation of more centralised production hubs, leveraging what NEP is already doing out of its Amsterdam base. These plans include more effective use of on-screen talent and more automated, AI-based camera and graphic systems as well as developing ever more sophisticated and clever solutions around creating virtual audiences or other alternatives that will engage audiences. NEP uses private cloud technology for its hub production today, but Sullivan says the company may move into the public cloud as well.

“Our broadcasting and network clients have had to use incremental capital to get through the pandemic so they are looking for new and better and smarter ways of doing things,” says Sullivan. “But they don’t what their end user experiences to be degraded so they need substantially new solutions to get new services out there without breaking the bank.”

Live sport is a big part of NEP’s business and although it’s coming back to TV screens, Sullivan recognises that it is not going to be a “straight path back” to how live sports happened pre-pandemic. NEP is working on the National Hockey League (NHL) and the National Basketball League (NBA) production ‘bubbles’ that the leagues are running for their sports and has also created virtual audiences among other innovations.

“We are going to have fits and starts before we come out the other side on sport in terms of the way it presents itself to a TV audience,” says Sullivan. “But look at all the change already with virtual audiences and other ways of doing things differently and its only really been six months!”

Strengthening NEP’s Media Asset Management (MAM) services is also high on Sullivan’s agenda and he predicts that Software as a Solution (SAS)-based production will grow, thereby expanding the client base. “Broadcasters with lower value sports rights can’t afford all the bells and whistles that NEP offers today but they still want to stream their content, so are we going to be there to help them? There’s no doubt about it,” says Sullivan.

All of this will take an undisclosed amount of increased investment, but Sullivan says that NEP’s majority investor - the big private equity company The Carlyle Group - is taking “a longer business view” on NEP. The Carlyle Group became NEP’s majority owner in 2018 after being a minority investor since 2016. “A lot of companies are in a tough place right now, but we are not in that place. We’re in investment mode.”