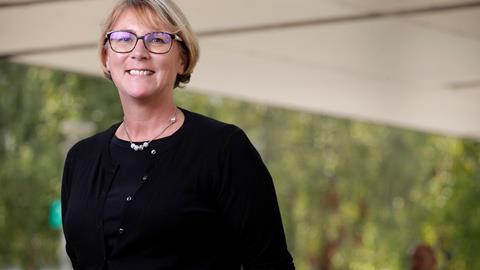 Listening to the audience

Growing your audience means understanding not only what they want, but how and why they want it, says BBC World Service’s Catherine Blizzard.

When the BBC World Service was a crackly, short wave radio channel beamed around the globe from the depths of a London studio, the idea that it would need a director for either marketing or audiences would have seemed faintly absurd. Everyone who mattered knew the World Service and what it stood for, and its audiences got what Auntie Beeb believed was good for them – no need to ask what they wanted or what they thought. 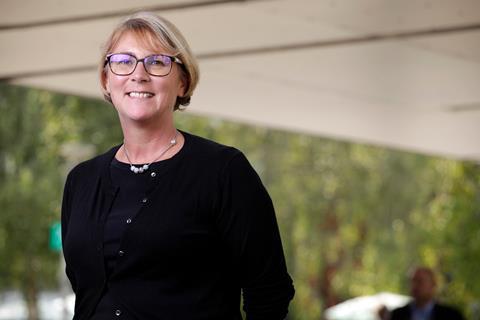 How times have changed. Today, while its short-wave broadcasts retain a loyal audience, the World Service can also be accessed via a plethora of media from FM and TV to podcasts and social media. Its competitors – those peddling both genuine and “fake” news – are legion, and it must fight for ears and eyeballs as never before.

It seems to be winning the battle. Audience numbers are at an all-time high and the service recently launched in a dozen new languages.

“We’re developing and launching new TV programmes for Africa, launching a richer mix of content and new formats for World Service English, as well as enhancing our existing services as part of our biggest expansion since the 1940s,” says Catherine Blizzard, BBC World Service’s Director of Marketing and Audiences.

“Our weekly audience grew by 10 million last year to 279 million, which shows there’s still a strong appetite around the world for international news. And many of them are very young – just over a quarter are aged 15-24. It’s a myth that young people aren’t interested in international news.”

But the agenda is changing, and to stay successful the World Service needs to keep its eye unwaveringly on the ball.

“We’re very demand-led now, and the audience is at the heart of everything we do,” says Blizzard. “When it comes to news, the days of simple reportage have moved on. Audiences say, ‘Don’t tell me what happened; I already know that from social media. I need to understand why it happened and what’s likely to happen next.’ So they come to the BBC for accurate facts, but also analysis and understanding, even on breaking stories.”

At a more fundamental level, too, the definition of news is changing. “There’s a shift in the way people define news,” says Blizzard. “It’s not just News with a capital ‘N’ – geopolitics or ‘the five things you need to know today’. It’s ‘what’s interesting and relevant to me’.”

“Sometimes audiences want their news provider to inspire them,” says Blizzard. “They can feel burdened by the weight of the news agenda, and need journalism that also explores solutions, not just problems. News doesn’t always have to be bad.”

This might mean showing how other countries are tackling an issue in the news or how it has been solved in the past. It can also mean following up an old story, for example reporting the positive steps that have been taken in the wake of a natural disaster. And audiences don’t necessarily want to hear about big, technocratic solutions to a problem, but how it would affect them and their everyday lives.

“Tailoring the tone, delivery and treatment to the context of the audience sounds obvious, but it hasn’t always been done in the past,” says Blizzard.

‘Tailoring the tone, delivery and treatment to the context of the audience sounds obvious, but it hasn’t always been done in the past’

Context is everything
This kind of nuanced, location-specific reporting is where the World Service excels. Currently broadcasting internationally in 43 languages, with correspondents in 75 bureaux around the world, it can claim an unrivalled combination of global reach and local perspective.

In addition to understanding the content that audiences want, broadcasters need to understand how they consume it, Blizzard believes. “You always have to bear in mind the context,” she says. “News is ‘always on’ for many people now.”

If someone is on social media, they do not necessarily want detailed analysis. They may want distraction and amusement, something to fill in time before their next activity. There is a concomitant shift from deciding to access news to simply coming across it – often because it has been fed to us by an algorithm while we are doing something else, like checking social media.

Blizzard calls this haphazard, bite-sized approach “disaggregated consumption” and says it poses a significant challenge for news providers. “While audiences might be looking for content that distracts or inspires while they’re on social media, there’s still a demand for depth and analysis when consuming news around a topic on a website. We have to satisfy the whole range of news needs, otherwise the audience may feel we’re not the news provider for them.”

The same is true of the delivery medium. The World Service is synonymous with radio, and its radio channels are still very popular, especially where internet access is not readily available or affordable. Television is growing, whether this is the World Service’s 24/7 Arabic and Persian stations or programming and news bulletins distributed via partner stations around the world.

And of course, access via digital content is growing in leaps and bounds – sometimes in unexpected quarters. “European audiences are rediscovering World Service English audio via streaming services, for example,” says Blizzard.

A “digital transformation” is now underway, she says, with a need for “digital first” thinking – that is, creating content specifically with a digital audience in mind. This may range from long form content such as digital documentaries to short form content created by the World Service’s burgeoning social media teams.

“The more access points there are for audiences, the more we have to provide in order not to risk losing audience reach,” says Blizzard. “It’s a constant balancing act – not abandoning traditional media but keeping up with new ways to engage.”

Every new venture is backed up by meticulous audience research from Blizzard’s team. “For our expansion programme we invested in an enormous proposition research programme,” she says. “We wanted to know what audiences need, want and expect so the proposition could be absolutely tailored to them.”

Even once services are up and running it is important to keep engaging. “There can be a temptation to rely on direct feedback via social media alone,” says Blizzard. “But our audience teams also garner information from people who don’t choose to proactively engage – even in countries like Eritrea and Ethiopia where undertaking audience research can be challenging. That gives us a very rich tapestry of what audiences really want from us.”

So, is the old Reithian spirit dead – the one that seized the initiative and told people what it believed they ought to know?

Blizzard smiles. “Not entirely. Word Service audiences still look to our journalism to shine a light into dark corners and explore and explain issues they wouldn’t have thought to seek out.”

It is, after all, one of the things the BBC does best.