Enabling individuals to enjoy content in their choice of language will give movie companies the edge in the battle for audience share, says TheaterEars CEO Dan Mangru. 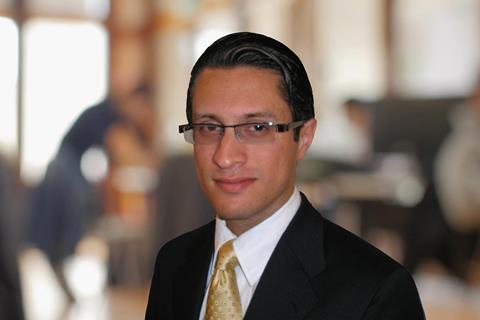 When two of Dan Mangru’s best friends got married, mom-in-law from Colombia moved in with them. Things worked out fine, except on family movie nights, when Mom soon got fed up with having to sit through pictures in English when she would have much preferred to watch in her native Spanish.

Here, in microcosm, is an issue that faces families and movie theatres across the United States and around the globe – a multi-cultural, multi-lingual world where people would love to enjoy experiences together, if only they could all understand them. According to Mangru, a New Yorker with a degree in political science, meeting this need is becoming an imperative for the media business.

“The film business no longer has the luxury of not targeting specific audiences,” says Mangru. “There’s too much competition out there that will grab the customer’s attention. That’s why media is becoming more inclusive. Aside from it being the right thing to do, there’s a force of economic Darwinism at play. Those who are able to identify diverse audiences and appeal to them will survive in the media jungle. Those who don’t, won’t.

“In the United States, the Latino community has been the fastest growing for more than 20 years. What’s interesting is that even though Latinos are wildly under-represented on screen, they account for almost a quarter of all box office revenue, significantly oversampling relative to population.

“As competition increases, it’s natural for cinemas to look for new markets or audiences that weren’t previously targeted. The idea is that if Latino audiences could deliver roughly 25 per cent of the total box office in a given year without being significantly targeted, what would happen if we appealed to them on several levels like we never have before? Whether that’s empowering them with the choice of language at the movie theatre, or showing more Latino characters and stories on screen, media companies and cinemas are beginning to understand the need to appeal to the individual tastes and preferences of their customers.”

There was not much that Mangru could do about casting more Marios and Marias in leading roles. But he has come up with a solution to the language barrier. It is called TheaterEars, an app that enables cinema audiences to listen to a movie in the language of their choice via their phones.

“Users select their movie, movie theatre, date and show time, get the audio track on their phone, and when they arrive at the movie theatre and the movie starts, they just hit the play button and within seconds the app will sync to the movie and play the alternate language soundtrack through the phone’s ear buds.

“It doesn’t matter if you arrive late, because TheaterEars will sync to the movie from any point. The audio experience is a full 360° immersive experience that’s synced perfectly to the big screen. Many of our users say that when they watch a movie with TheaterEars they can’t tell that it wasn’t made in Spanish.”

Switching from mute
Mangru will be discussing the role that the phone can play in the movie going experience during an IBC session entitled The Audience Experience: advances in screen and assistive device technology.

“When cell phones first came out, you were supposed to leave them in your car when you went to the movie theatre,” says Mangru. “Over time you could take them in but had to turn them off. Now movie theatres just make you keep them silent.

“But the phone isn’t just a piece of technology. It’s an extension of the individual. The more that movie theatres can embrace that, the more they can leverage the technology of a smartphone to enhance the movie going experience and attract new customers for life. When we made TheaterEars, we took a lot of time to make sure that the experience of other movie-goers isn’t affected by the use of the app, with convenience features such as auto dim and auto mute. With thoughtful consideration, a smartphone can enhance the movie going experience for everyone.”

Media moguls may need to don their thinking caps and mobilise their market researchers in a big way if they are to remain in business.

“It sounds so clichéd, but the media and entertainment business is more competitive now than ever before,” says Mangru. “There’s so much competition for an individual’s attention because the world has become so accessible. People engage with short form and long form video content on their smartphones, laptops, tablets and smart TVs, as well as in the movie theatre. There’s cable, broadcast, satellite and OTT services.

“With all that competition, media companies are trying to be smarter than ever. Smarter with their concepts, their advertising, everything they do. The more data driven they become, the more they’ll see the value that diverse audiences bring to their business. Media companies are searching for customers with buying power, and diverse audiences have largely been untapped. It’s all about learning from group insight and personalising a media experience for every customer. That’s where technology comes in. While technology has made it harder for media companies to compete, it has also made it easier for companies to be at their very best.”

The ultimate question
So, will we ever see the day when you can turn on the TV or drop into a cinema and hear a programme or movie dubbed for you in real time, like a real-life version of the Hitchhiker’s Guide to the Galaxy’s fabled Babel fish?

Mangru is diplomatic. “With technology, if you can dream it, it’s possible,” he says. “But that being said, there are significant barriers to translating any soundtrack in real-time. First is internet connectivity. Movie theatres are known for not having good cellular reception. When you’re watching a movie, you don’t want to miss a word because you lost reception or you got kicked off the WiFi because too many people were on it.

“The second major barrier is the dramatic translation. You don’t want one voice reading the entire movie. You want a different voice for each character, you want the dialogue to connect with the character and the story. There’s something that happens in the creative process that’s difficult to program. There’s something special about the way a human being can make words come to life. We can try to mimic and get things pretty close, but there’s a magic that’s part of the creative process.”

For the moment, at least, a more realistic aim is to extend technology that uses pre-recorded soundtracks, such as TheaterEars. Currently this is only available in Spanish, in the USA, but Mangru is looking forward to the challenge of extending it to new markets.

“The need for audience inclusion is stronger now than it’s ever has been, and if we can embrace technology, we can grow the cinema business substantially all over the world,” he says. “Language is probably the biggest area where technology can advance inclusion. It brings together people from all categories to experience life through someone else’s perspective. We have a tremendous power to use technology for good.”

Dan Mangru will be speaking at The Audience Experience: advances in screen & assistive device technology, in association with SMPTE on Monday at IBC2019