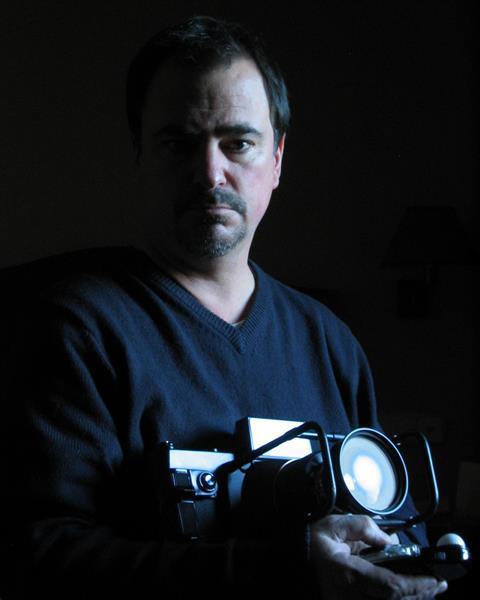 “I have long been chasing the notion of doing RGB scene acquisition, carrying depth information as well as colour information in the file,” he says. “If we could do that, from one camera, visual effects would be revolutionised yet again.”

Stump - who has been visual effects director of photography on X-Men and X-Men 2, cinematographer on 2007 indie film What Love Is, and who recently served as a VFX supervisor of TV series American Gods - has a message for the industry: “Push the envelope … create pictures and tell stories that couldn’t be made in other ways.

”Any revolution in technology, when it starts out, seems impossible. But it also begs the question, what can you do with this? To me, it’s an opportunity to dream up a short or story you couldn’t tell another way.”

He has already experimented with the technology, as director of photography of a 2016 experimental short film, Life, that was made using the developing Lytro Cinema light-field camera system and an Arri Alexa. The seven-minute WWII drama was directed by Robert Stromberg, an Oscar-winning production designer, Maleficent director and principal at The Virtual Reality Company.

“A lot of people talk about light field to change depth of field, but I’m thinking about the ability for the camera to discriminate depth”

With that experience under his belt, Stump is a believer that light field’s potential in VFX is significant. “A lot of people talk about light field to change depth of field, but I’m thinking about the ability for the camera to discriminate depth,” he explains. “I think this is the capability that light field has that is highly underestimated by the VFX community.

“When you have depth information with picture files, you no longer spend the first half of the labour of a VFX shot reverse engineering what’s going on in a scene,” he says, adding that for stereoscopic films, “we can position things in 3D.”

And the opportunity for virtual reality could be “enormous,” says Stump, who also recently served as VFX consultant on director Randal Kleiser’s VR episodic series Defrost.

“With light field technology, identifying where things are in space and stitching images together can be automatic. It’s no longer a manual process and becoming fairly procedural.”

But Stump—whose activities include involvement in the American Society of Cinematographers’ Technical Committee and the Academy of Motion Picture Arts and Sciences’ ACES project—admits the technology is still young. And he has his views on where further development needs to happen.

“The trick is to get the cameras down in size and complexity, get the data to a manageable size, and improve our capacity to manage the data. Bandwidth and storage capacity is going to have to increase as the data payload either comes down or becomes usably compressible.”

While he’s sure this is the future, predicting how fast this might occur is more tricky. Admits Stump: “It’s a steady progression, but I can’t predict how quickly this will happen.”