Young people experience both the best and the worst of the online world, says Vice Media’s Dominique Delport. Connecting with them requires a unique approach. 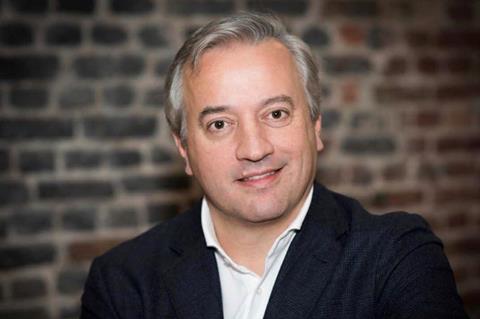 The ‘selfie generation’ aren’t insincere. They are insecure. All that preening and posing, snapping and sniggering, masks a deep-seated – and often technology-induced – desperation to be liked and loved.

Hard to credit, perhaps, as your digital native, Gen Z son or granddaughter mocks you yet again for relying on state-of-the-ark technologies such as Instagram, email or even (whisper it) live TV.

But when the person telling you is Dominique Delport, you had better believe it. For a grey-haired veteran with a three-decade CV, Delport knows a lot about Gen Z – anyone under, let us say, 22 years of age. As international president of Vice, the self-proclaimed world’s leading youth media brand with interests ranging from news and content creation to production and TV broadcasting, he needs to.

Talking to Delport, you soon realise that today’s young people are a mass of complex contradictions (cue sigh of relief: at least some things never change).

“They’re the most open-minded generation in history,” he says. “In a recent survey, only 49 per cent defined themselves as heterosexual.” (That is not to say the other 51 per cent were LGBT, of course, only that many young people do not feel that such labels are important or useful – especially if they have traditionally been used by one section of society to bash and bully another).

“Young people reject a prescriptive, top-down approach. They want to pick and choose, to follow their own feelings, to be influenced by their friends”

On the other hand, the young are constantly confronted with the outpourings of resolutely closed minds, often among their own peer group – which, thanks to social media, can now extend around the globe.

“They know all about cyber-bullying and body-shaming, and they feel under constant pressure to be liked and loved,” says Delport, sadly. “They feel empowered by social networks, but at the same time incredibly stressed by them. Because of social networks’ connectivity and reach they feel they could change the world, even as one individual. Yet they’re less interested in sex and relationships than the previous generation because they don’t feel they measure up. Around 70 per cent of teenage girls today are unhappy with their bodies and often describe themselves as ugly.”

Delport clearly feels that the media should do something to address this sad state of affairs. But here, too, there is a contradiction. Against the almost paternal or pedagogical responsibility felt by a company like Vice, whose core audience is aged 18-35, is the knowledge that these young people resolutely refuse to be told what to do, read or watch – in short, to allow media companies to act either paternally or pedagogically.

“Reithianism is over,” says Delport. “Young people reject a prescriptive, top-down approach. They want to pick and choose, to follow their own feelings, to be influenced by their friends. Even the way they search is different. They don’t rely on Google. They let content come to them through their social feeds. It’s like old-fashioned word of mouth, but with billions of mouths. It’s totally changed the way they discover content.”

How is this contradiction to be reconciled? Perhaps Vice’s news operation offers an example. To get a young audience watching, content must be snappy. “It’s about pace, sound, editing,” says Delport. “On Snapchat Discover, for instance, you need to get to the point within three seconds because otherwise they may skip you. We also need a workforce that mirrors our audience, so they can see themselves reflected in our journalists, camera crews and producers.”

Investigative reporting
Instead of parroting the major stories of the day, Vice sets out to find the unique, or at least the unique angle or point of view. “We like to cover untold stories, to detect weak signals that will become the major issues of tomorrow or next year,” says Delport.

Vice was there when an unknown schoolgirl called Greta Thunberg called on her peers to skip school on Fridays to protest against climate change. “We knew she was building a network of young students, that it wasn’t a one-woman show but a whole movement,” says Delport. “It’s the movement that’s really interesting, not just Greta herself.”

Across the world in India, Delport says Vice was the first news organisation to take up the LGBT agenda, running stories on a lesbian girl and a gay boy ostracised by their families and caste. “We’re not claiming the credit for the decriminalisation of homosexuality in India last year, but we like to think we had a small influence by raising awareness about personal stories,” he says.

Other news stories are not so uplifting, however – particularly when they are fake. In an age when false news stories are 70 per cent more likely to be retweeted than true ones (according to researchers at MIT), stemming the fake news flood is front-of-mind for Delport and Vice News teams.

Contrary to what you might think, under-30s are actually quite discriminating, being less likely to share fake news than the over-55s, according to Delport. “That kind of ‘digital grammar’ is quite positive,” he says.

But even the young need help. “We need to maintain an obsession for educating our audience,” says Delport. “Technology progresses faster than people can keep up, and we need to keep flagging up new risks. For example, we’re constantly trying to show that algorithms aren’t neutral, that they can ‘lie’. Artificial intelligence can produce fake or biased results. Audio or video clips can be edited to change their meaning.”

Another contradiction: while young people like to be up to date, ahead of the curve, in the swing, they are not superficial or wedded to novelty for its own sake.

“People today are looking for meaning in their news,” says Delport. “Much of the media seems to be always chasing the buzzwords, pushing what’s new, new, new, but what people really want to know is the background, what it’s about, what it teaches us.”

Much the same applies to brands, Delport believes. “Every brand now is talking about ‘purpose’,” he says. “If you don’t have it, young people will skip you.”

They will also skip you if your user experience is not up to scratch. “The level of expectation is super high,” says Delport. “You need a great user interface now – things like the ability to switch off a movie and switch on again exactly where you left off. New features such as contextual, lexical-based search engines using voice will help a lot, by saving people having to type. These sorts of thing will become basic, unconscious expectations.”

High quality content is equally vital – not only for paid-for services but also for traditional, ad-funded, free-to-air broadcasters.

As cosy, state-regulated broadcasting is increasingly superseded by the hurly-burly of an unfettered, IP-based global market, every media organisation must work hard to stay in the game.

“Young people are so tech-savvy they’ll find content wherever they can, even if it’s unlicensed,” says Delport. “Whoever you are, you just have to connect with them.”

Dominique Delport will be speaking at the Global Business Gamechangers: Where’s the money coming from? session in the Forum on Friday 13 September.