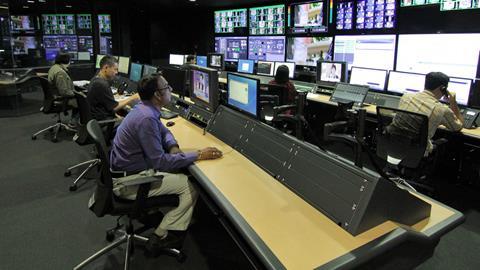 Tapping into the telco opportunity

Globecast CEO Philippe Bernard on the areas of opportunity for the playout, distribution and media services company.

Recent elections around the world have prompted a change in the relationships between politicians, the public and the media.

In the US, the race to the White House was dominated by accusations of interference by Russia in the form of hacking and the distribution of ‘fake news’. In the UK, the Labour Party lost the general election but won more votes and seats in Parliament than many expected, which has in part been attributed to a strong social media campaign.

Playout, distribution and content services firm Globecast was tasked with tasked with delivering the footage of Macron.

Chief Executive describes Philippe Bernard explains: “[Macron’s team] decided not to go through the traditional media of the TV, they wanted to control completely the distribution of their content, which is quite a big breakthrough for the big news channels in France, which were quite upset. 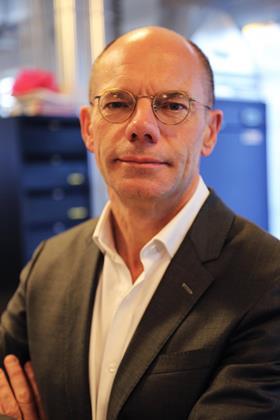 “We sent some SNG cars and two or three cameras to cover the events…then there was a transmission by satellite to our technical centre in Paris and then we fed this content to the OTT platform which is used for distribution and then translated to Facebook Live.

“It was a combination of a traditional means of contribution and more innovative means to deliver an end-to-end solution to feed Facebook Live. It was a big success – for Macron as well.”

Bernard highlights the project as an example of Globecast’s approach to innovation which also provided the company with “complimentary revenues in addition to the traditional means”.

Those “traditional means” include linear playout and the distribution of TV and film across satellite and via the internet as well as contribution and media services such as compliance and versioning.

Globecast, a subsidiary of French multinational telecoms company Orange, was established in 2002.

It has around 750 employees based around the world.

As well as its offices in France – where some 300 staff are based – Globecast has ‘Media Factories’ in London, Los Angeles and Singapore a technical centre in Rome. It has capacity on 27 satellites and access to 92,000 km of fibre around the world.

Bernard points to OTT in particular as a “growing sector” but stresses the ongoing importance of linear TV, which he describes as “staying at the same level year on year”.

“There is not a big evolution in this sector, and when we discuss with our customers they do not expect a big variation over the coming five years. We discuss with Viacom, Turner, the BBC, and so on…the only open question is the balance of advertisement revenues between linear and non-linear.”

Read more Managing VoD platforms and the delivery of content

Bernard says that even if linear TV’s overall share of global ad spend is decreasing, it is still growing at around 1-2% per year. However, the increase in spend on mobile must be considered, he says.

“The strategy of any of Globecast’s customers is to focus on the traditional screen because this is where the money is in terms of advertisement, but they have to prepare for the fact that mobile will be major in the coming years”.

Bernard took over from Olivier Barberot as Globecast CEO 18 months ago. He joined from parent firm Orange, where as Executive Vice President Quality, Customer Experience & Sales he was in charge of the distribution strategy to affiliates of Orange across Europe, Africa and the Middle East for B2B and B2C.

“I started my career in research and R&D for digital TV, so for me [the Globecast appointment] is a way to close the loop.”

His top priority at Globecast was to improve profitability.

“The media sector is not necessarily the place where you generate a lot of money,” he says lightheartedly.

“The main point was to improve profitability in order to fuel growth to develop innovative services. The second is to be sure that we cover all the opportunities for our big customers, across these different media, so traditional linear, non-linear, media management and so on – the whole value chain.”

Another growth sector mentioned by Bernard is telcos. “All telcos want to deliver video and TV because is the best way for them to grow the top line, so there is a huge demand, and so my agenda also includes providing them with good solutions.”

One of the ways Globecast is doing that is through content aggregation, brokering rights and pre-packaging content for the likes of Verizon, such as a bundle of Arabic or Spanish language programmes. These deals also include a revenue share agreement.

“There is huge demand in this area,” says Bernard. “But these guys – and I say this coming from a telco operator – they don’t know what media means. They don’t know how to distribute the content, market or negotiate the rights to build a bundle so we provide it as well as support services distribution and the technical and platform. This is a growing sector where we invest because this is where there is a demand.

“When a telco comes to Globecast it is not only to get a video headend and encoding, it is to get the full package including the content.”

Five cameras in the Bastia stadium were connected via 1 Gbps Orange fibre to Paris where the production was managed.

Discussions are taking place with broadcasters to implement the same architecture for next season, and Bernard says there is also interest from broadcasters for producing coverage of the Olympics because of the “huge cost” associated with televising the event.

“[Remote production] helps to reduce cost because there is no need to send the full team,” says Bernard.

“The other point is that it maximises the value of content that is often purchased at a very high price, because instead of getting one feed they can get a lot of content from all the cameras for the second screen and specific content for OTT.

”This is something now completely operated in Spain – not for big matches such as Barcelona v Real Madrid, where they send a team – but for the medium matches everything is remotely controlled. This is something that we think will happen very fast in France because the connectivity, the fibre on demand, is available.”