Hiroshi Kawano, new head of Sony’s professional business, reveals how broadcasters can produce more and better output for less investment, the potential of 5G, and why it pays to understand your customer’s customer. 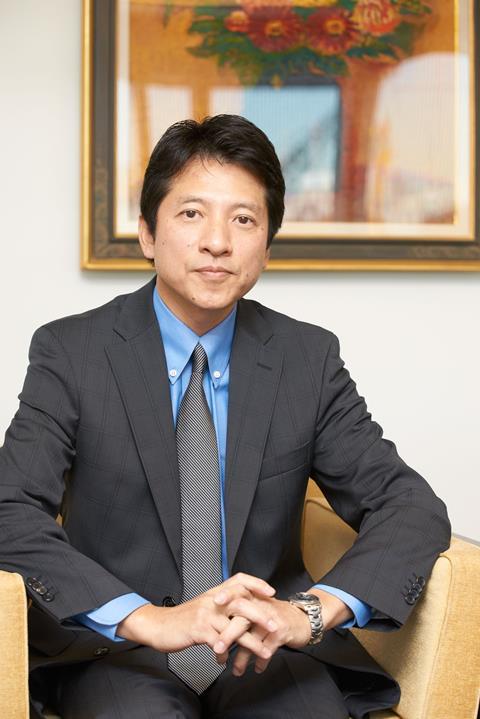 When Hiroshi Kawano was asked to take charge of Sony’s professional products and solutions business last year, he was surprised, and perhaps even a little nervous. After more than three decades of marketing the company’s consumer products, including overseeing the PlayStation business across the whole of Asia, the professional market was pretty much unknown territory for him.

In fact, Kawano’s appointment was a shrewd move on Sony’s part. As the balance of power shifts inexorably from broadcasters and content producers to their audiences and customers, consumers have become the heart of every media market, and a deep-seated understanding of their wants and needs can be an incalculable advantage.

“The very successful technology companies of the 20th Century were conquerors,” says Kawano. “They ‘won the war’, they positioned themselves at the top of a pyramid and said, ‘If you want to do this, you must follow us’.

“But that can’t continue. Consumers today have so much power to choose what they watch, when they watch it, and what devices they watch it on, whether that’s their TV set, their PC, their tablet or their phone. So technology companies need sensitive antennae. What do consumers really want, how are they feeling, are they satisfied? We all need to be more prepared to engage with consumers to find out their desires and needs.”

In technology terms, too, the divide between the professional and consumer markets is becoming increasingly blurred. “We provide almost the same experience to broadcasters and consumers by utilising professional technology,” says Kawano. “The sales and distribution models may be different, but the technology and service are increasingly similar. And what we learn from each individual industry – music, movies, games and so on – we try to apply across our whole business.”

Asked what it is that consumers do want, Kawano is clear. “The experience is the most important thing,” he says. “It’s no good having the highest quality of picture if it’s too complicated to enjoy. So we have to work together with broadcasters to create smooth solutions – such as providing the best presets to ensure the viewer always gets the optimum quality for the environment they’re using. It’s very challenging, but also a big opportunity.”

No compromise on quality
The former president of Sony Computer Entertainment in Asia, and former president and corporate executive at Sony Marketing in Japan for all Sony’s consumer products, Kawano is now responsible for a wide range of professional products and solutions businesses, ranging from broadcast and production to corporate, education and sport.

Broadcasters’ needs can actually be very similar to those of consumers, Kawano believes (perhaps this is inevitable, given the convergence between pro and consumer markets).

“Efficiency and ease of use are as important for broadcasters as for their viewers,” he says. “They want immediacy, the most efficient way to edit video very, very quickly and provide it at the right time to the consumer, but without any compromise on quality. The industry is facing huge pressure to do more with less, reducing costs and increasing efficiency while simultaneously producing greater quantity and higher quality. It’s a big challenge that we all have to face.”

When it comes to squaring this circle, two of the key technologies will be IP and cloud, Kawano believes.

“IP is location-free and time-free,” he explains. “It enables you to operate from different time zones and locations, so broadcasters can utilise their engineering resources as efficiently as possible. It’s a very important strategic area for all manufacturers and it will be a big thing for us at IBC this year.”

Partnering for production
IBC will mark the first major demonstration of Sony’s strategic partnership with Nevion, the Norwegian specialist in IP and virtualised media production solutions for broadcasters and telcos, which was announced in June. “The aim is to combine Sony’s AV strengths and Nevion’s IP expertise to create more advanced, fully-integrated media production solutions, enabling more efficient technical resource sharing across the network and enhancing the scope of remote production,” says Kawano. “It will enable us to expand our end-to-end IP solution offerings that allow customers to produce live content connecting multiple locations.”

Cloud is another example of the need for AV companies to broaden their offering to create end-to-end solutions, Kawano believes. “We’re now offering a lot of solutions for broadcasters to edit and distribute programmes without operational complexity,” he says.

Central to this is Intelligent Media Services, Sony’s cloud-based portfolio of technology and services for content capture, management and delivery, launched at last year’s IBC.

In addition to IP and cloud, UHD and HDR are becoming increasingly important technologies for Sony, and 5G is already on the radar. “5G could be quite strategic, and I wouldn’t be surprised to see quite a buzz about it at IBC this year,” says Kawano. “We’re doing proof-of-concept tests with 5G in a number of locations, especially for sports, live events and so on, and we’ve already confirmed that the technology is quite powerful.”

The ability of 5G to send video signals with no latency could be a vital element of meeting consumers’ expectations of ever higher quality. “5G isn’t widespread yet, but some countries are already making it available to consumers and I think it has the potential to become very big, very quickly,” says Kawano.

The Olympic and Paralympic Games in Tokyo next year will provide a high-profile opportunity to showcase the potential of emerging technologies such as 5G and IP.

The burgeoning popularity of OTT services such as Netflix will empower consumers, says Kawano. “From the consumer’s point of view it increases their choice, but of course broadcasters see it as competition. It’s certainly adding to the boom in demand for content creation that’s quick and efficient with no compromise on quality. This is an area where manufacturers can make a big contribution.

“Media companies already view content as a major differentiator, and in the long term I think the power is going to migrate to the companies that own the killer content. I think we’ll see a lot of mergers and acquisitions as media companies strive to obtain the strongest portfolio of content.”

No matter who has the upper hand, however, Kawano believes co-operation is becoming the new norm, as the “conquerors” of the old century become the collaborators of the new. Instead of a battlefield, the media industry is becoming more like an ecosystem of interdependent organisms.

As the new kid in the candy store, Kawano obviously relishes the challenge. “IBC is my first opportunity in my new role to speak for Sony at a major industry event,” he says. “The media industry is a really important partner for us, and I’m excited to find out what we can help it to achieve.”

Hiroshi Kawano will deliver a keynote speech on The future of media technology at The Forum on Monday, chaired by IBC365 editor George Bevir.