What’s better for the environment: iPlayer or broadcast?

BBC R&D lead research engineer Jigna Chandaria has led pioneering research into the environmental impact of the broadcasting industry. She hopes her findings – that set top boxes, TVs as well as routers are “the hotspots in the system” – could prompt change. 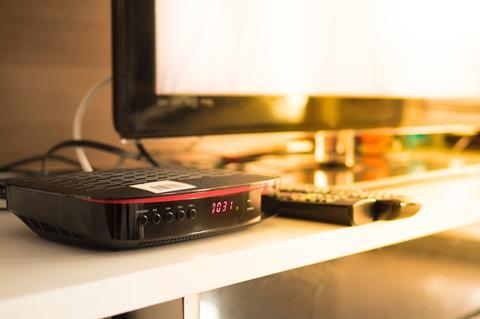 Sustainability: Looking at what’s best for the environment

Watching television is such a passive activity that few would think of it a major contributor to climate change. Certainly, compared to transportation or electricity production, watching TV is a very low carbon activity.

That said, it’s difficult to work out exactly how much energy consuming TV takes. A 2018 study by Swedish academics Jens Malmodin and Dag Lunden estimated that the broad media industry is responsible for around 2.8 % of global energy use, and that the information and communication technology (ICT) industry is responsible for 3.6% of global energy use.

However, Jigna Chandaria, lead research engineer at BBC R&D, has taken a much deeper look at the broadcasting sector specifically.

A chartered engineer with an MEng in electrical and information sciences from the University of Cambridge, Chandaria has worked at BBC R&D for over twenty years. She also chairs the EBU Strategic Programme on Sustainable Technology in Broadcasting. During her career, she has developed new technology for TV production, in particular real-time 3D graphics for sports and virtual studios. Her areas of research included real time image processing, camera tracking, augmented reality and 3D modelling.

In recent years, working with experts at the University of Bristol, Chandaria has researched the environmental impact of distributing BBC programming to audiences. 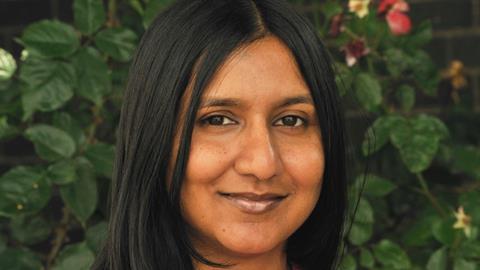 “A colleague posed the question: what’s better for the environment – BBC iPlayer or broadcast. At that point, suddenly everything gelled. My passion for sustainability and the environment and work was something I could put together,” says Chandaria.

So she started the research into the topic – which she describes as “the intersection of environmental impact, technology and the medium of broadcasting” - while also taking a part time masters in sustainability at Cranfield University.

Chandaria looked at the energy use of four different forms of programme distribution – terrestrial, cable, satellite and streaming (via BBC iPlayer), as well as the plethora of consumer devices that viewers use to access content, from TVs through to laptops, desktops, phones, tablets, games consoles and IPTV devices.

“We looked at the whole TV chain, not just the BBC bit, but everything required in distributing and consuming BBC television,” says Chandaria. Production, however, was not included as that has been the focus of research by the Bafta Albert initiative.

For example, for terrestrial TV she investigated the entire distribution infrastructure – from playout, through to coding and multiplex infrastructure, the antenna, amplifier, set top boxes and TVs. For BBC iPlayer distribution and viewing, meanwhile, she weighed up the power use of third party cloud suppliers, CDN infrastructures, and ADSL access networks, cell network infrastructure, modems and routers, and consumer viewing devices.

Her conclusion: that most of the energy use comes from the devices in viewers’ homes, in particular set top boxes and TV sets, rather than the distribution infrastructure itself.

For example, the mean annual energy to distribute BBC content via terrestrial sees TV devices consume by far the most power – 450 GWh per year in the UK – followed by PVRs at 150 GWh per year. By comparison, the terrestrial distribution infrastructure itself – amplifiers and masts etc - accounts for just a fraction of energy use.

Meanwhile, the biggest energy use when distributing BBC content via satellite and cable is via the set top box, which consumes large amounts of power on standby as well as when switched on. For satellite, the mean annual used by set top boxes is 625 GWh per year, and for cable it’s 190 GWh per year.

To distribute content via the BBC iPlayer, the home networking equipment accounts for the most amount of total energy use at almost 90 GWh per year. The reason, says Chandaria, is that although broadband routers consume relatively little energy, they are switched on 24 hours a day. By contrast, the data centres and delivery networks for BBC iPlayer distribution account for just a fraction of total energy consumption.

“Collaboration is absolutely key for sustainability. I don’t think it is about competitive advantage”

The fact that internet distribution uses roughly the same amount of energy use as cable and satellite is also something of a surprise. News media in recent years has been full of stories that binge-watching Netflix comes at a high price in terms of carbon emissions because of the energy needed to keep data flowing on the internet.

“That is the perception,” says Chandaria. “But because cable and satellite have their set top boxes on or on standby they are using a significant amount of power.” Chandaria points out that people in cable and satellite households also tend to have bigger televisions as well, which also consume more energy.

Chandaria’s research has also looked into the future, exploring a range of scenarios – from no changes to distribution, to switching off digital terrestrial in 2030, or switching off satellite in 2030, through to TV or set top boxes operating with power 50% lower by 2030.

If nothing changes, energy use from watching TV will increase and then plateau. The reason, says Chandaria, is that UK households are likely to increase by 2030, driving up the number of TV sets. People will also buy bigger TVs, taking more power. At the same time, TV technology is becoming more energy efficient. But not enough to drive down total energy consumption, at a time when all industries need to think how they can reduce their carbon footprint.

Her research shows that one of the biggest drops in energy use would be if terrestrial and satellite distribution were switched off, and viewers only watched via the internet. “We see there is a very big drop because of set top boxes no longer existing,” says Chandaria. TVs of course would still continue to consume large amounts of energy.

“It all keeps coming back to the fact that set top boxes and TVs are the key things in the system where changes could result in a decrease in energy consumption. They make the biggest difference.”

She describes set top boxes, TVs as well as routers as “the hotspots in the system,” and hopes that her research can be used by experts to help make changes.

Chandaria says the industry needs to “work together” to make the system better for the environment.

It’s not about a specific solution, though, or switching certain products off. Rather she points to the principles of sustainable design and innovation, and including environmental factors right at the beginning of decision making.

“Our industry is really changing the way audiences consume their media. As an industry, we really need to think about the environmental impacts of this,” says Chandaria.

“Collaboration is absolutely key for sustainability. I don’t think it is about competitive advantage. As an industry, it is a shared system and we need to work together on how we can make it better for the planet and for us as humans to survive.”